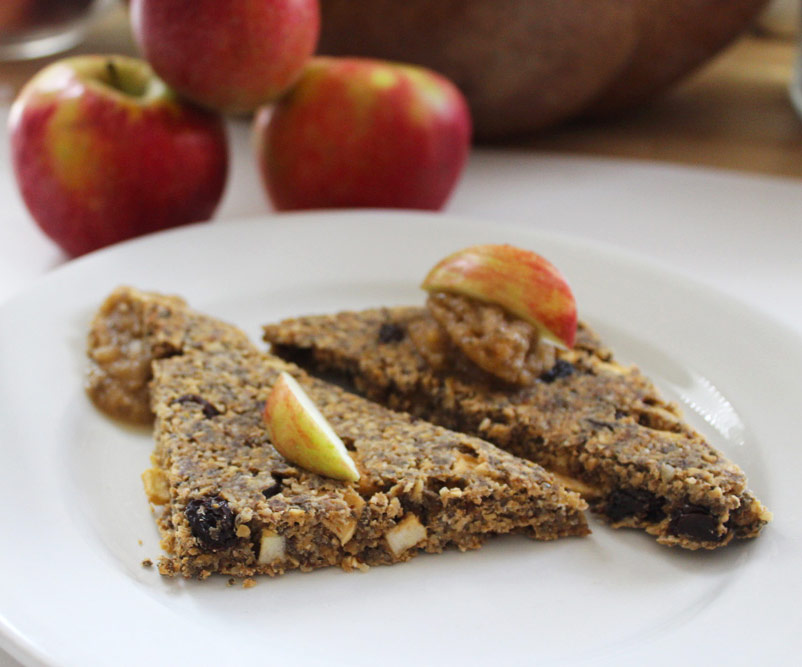 Tis’ the apple season! One of the only good things about summer ending is knowing that the apples trees are bountiful and the local farmers are going to be packed with all the different varieties to choose from. Summer will be missed but I’m excited for the fall recipes!

I was able to pick up over 30 apples these last couple of weeks for $18 at Takoma Park’s Farmers Market. Creating new apple recipes was at the top of my to do list. I have already made the raw vegan apple pie, apple cider, and apple grape juice. Next on my to do list is candy/caramel apples, raw vegan apple cider donuts, apple chutney and a sweet potato apple soup.

Now for the Apple Cinnamon Raisin Bread! These babies are very tasty and really easy to make; it only took me about 30 minutes from start to finish, including the cinnamon apple sauce. Then I just let the dehydrator do the rest of the work for the remaining 6-8 hours, which is perfect if you leave it running over night. That way when you wake up you have a perfect snack to bring to work!

They are crispy on the outside, soft in the middle, and dense. A little goes a long way! I also made the cinnamon apple sauce to spread on top but the bread had so much flavor on it’s own, it might be best to eat them separately. Either way it’s great! 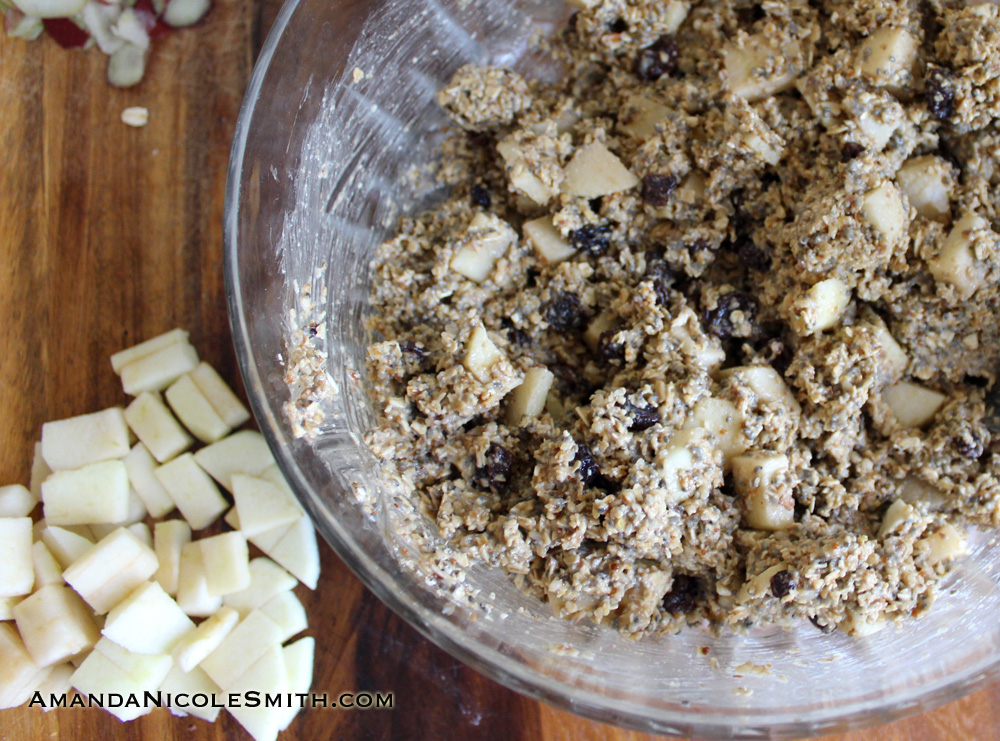 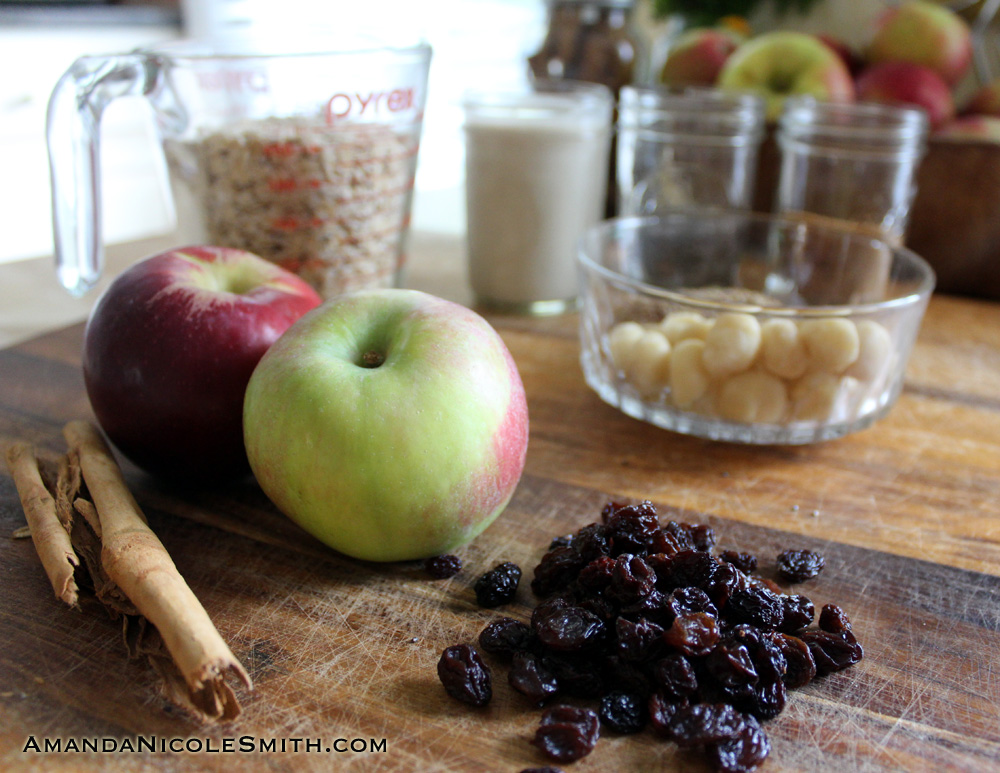 Don't have a dehydrator?
Use your oven at the lowest temp possible and keep the door cracked open to allow ventilation. Times vary so keep your eye out.
Enjoy xo