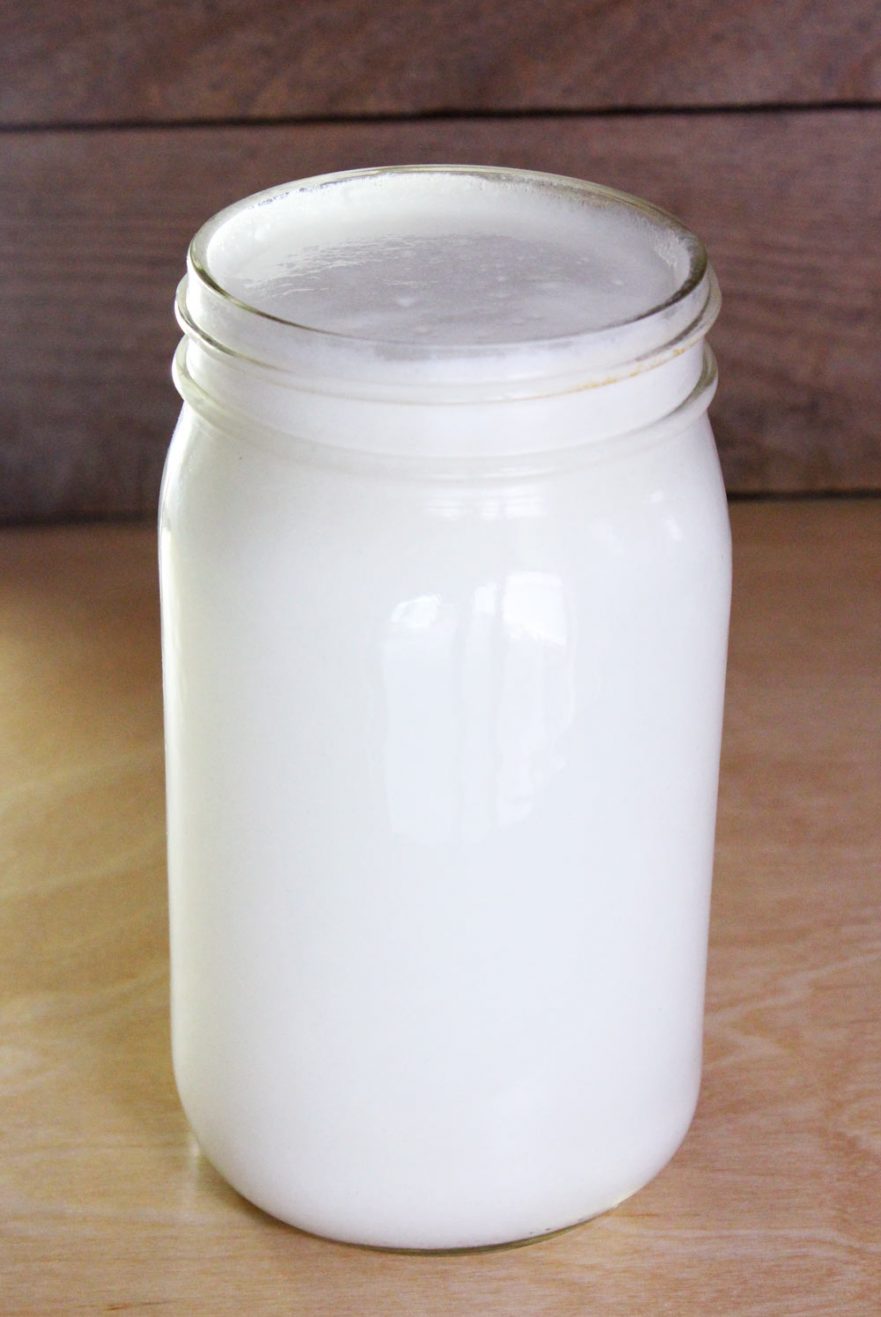 Easy homemade coconut milk made from shredded coconut, water, lemon (citric acid), and an emulsifier of your choice.

This is my replacement for all the expensive store bought organic coconut milk. I realized I was being a fool when I was buying $16 worth of coconut milk a month, which only equals 1 gallon.

I used to make my own nut milk, the only problem with nuts; they’re so expensive and I’d rather use them for cheesecake, and cookies!

I found myself using non-dairy milk for so many things, ice cream, sweet potato chana masala, macaroni and veggies, milkshakes and more!

Luckily shredded coconut is extremely cheap in the bulk section at about $2.50 per pound, it’s also super light and a little goes a long way! I can make about 2 gallons/8 quarts of coconut milk for $3.00 rather than paying nearly $4.00 for 1 quart!!

For a quart of coconut milk all you have to do is blend 1/4 cup shredded coconut until fine and add in your water, a spritz of lemon (citric acid) and an emulsifier like chia seed gel or xanthan gum.

If you look at the ingredients of any dairy-free milk you’re likely to see additives such as guar gum, xanthan gum, carrageenan; and they also add citric acid to preserve.

A lot of these gums and emulsifiers have gotten a bad rep for causing digestive and thyroid problems. Check out this article for further information and let’s try to cut back on all the gums used in ice cream, non dairy milks, cheese and so many other things. Remember a little usually won’t hurt, it’s when you’re eating an excess of products that contain these emulsifiers that can cause problems.

To use chia seed gel instead, you would soak 1 tbsp chia seeds in an 1/2 cup water until it turns into gel.

If you really want to get into it, you can use a fine mesh strainer to push the gel through and leave the seeds behind. If you’re using the milk to cook with you probably won’t notice the chia seeds especially if you blend them down, but if you’re drinking the milk plain you may want to try straining it.

I used an 1/8 tsp of xanthan gum because I had bought a bag of Bob’s Red Mill Xanthan Gum before I knew how much of a problem it could wreak. I’m not too worried about it, since I don’t us that much, but in the future I will be sticking to chia seeds as my emulsifier of choice. 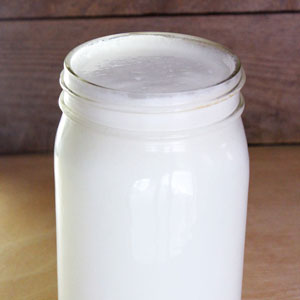 Store in fridge for up to 7 days.
If using chia seed gel, subtract1/2 cup water from the quart water.