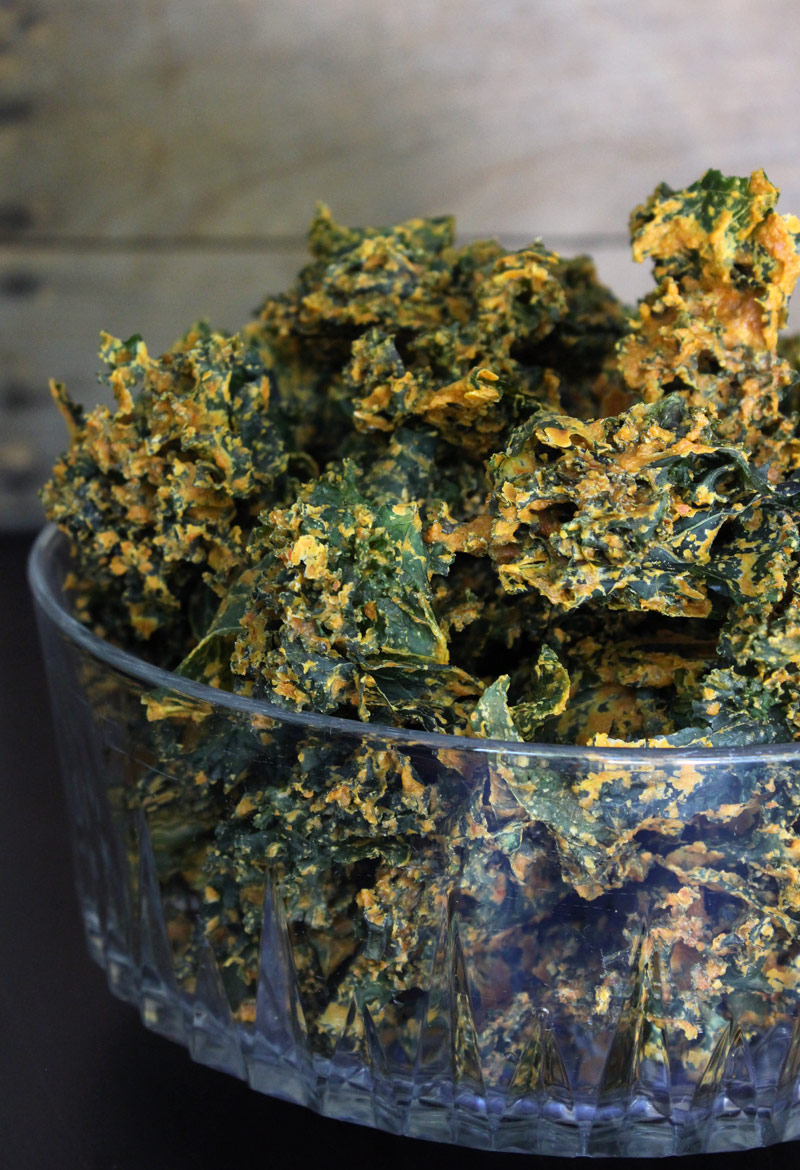 Extra crunchy raw vegan kale chips made with spicy sesame cheese. When I say extra crunchy I mean it! The vegan cheese sauce dehydrates into a thick and delicious cracker like crust. Think cheese-it crackers, but chip style and crunchier.

This recipe requires a dehydrator for super crunch, since we don’t want to degrade the fiber of the kale by cooking it, plus the fan and ventilation is necessary to dry throughly without cooking.

What we eat for the week usually depends on what we can find at the farmers market.This week we found a farmer with a huge bag of beautiful thick crisp kale. I asked him how much for the entire bag, he went to weigh it, came back with”$20 for 20 pounds of kale”. “Deal” Dominick and I said simultaneously!

So now we were committed to making a ton of kale chips, and then the after thought came, “what other ingredients do we need?”3-4 pounds of cashews, whoops, almost forgot about those! Normally for organic raw cashews they want about $13 per pound, that would be an insane amount of money for kale chips. Thankfully our local health market has cashew pieces for $7.99 a pound, still expensive but better. Then I had another idea.

A reader had asked me how I would make the cheese sauce for a Peruvian dish called Papa a la Huancaina using sesame seeds. Turns out the cheese I made is not only good over boiled potatoes, it’s also really good for kale chips! 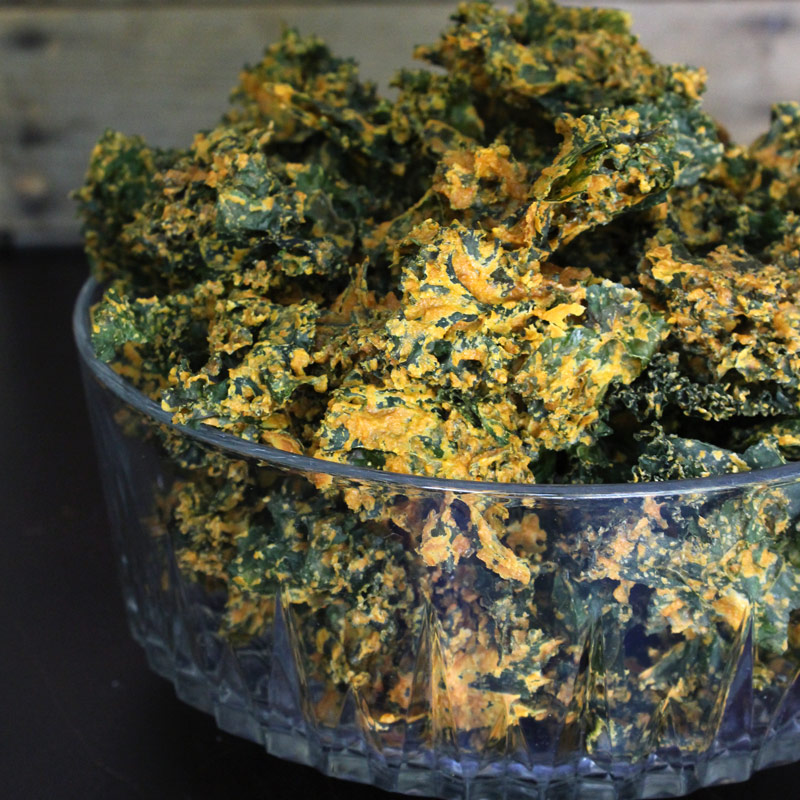 Sesame seeds are the perfect cashew replacement. With sesame seeds only being about $3 per pound, I was pretty excited about this substitute. Now I can use this cheese for many different dishes like chili cheese fries, stuffed bell peppers, and layered taco dip!

20 pounds of kale, 4 pounds of sesame seeds, and 8 red bell peppers later; we have 8 gallon bags worth of super crunchy kale chips. Don’t worry, the recipe below will only be for a 1 gallon bag of kale chips.

How To Make Kale Chips

Dominick and I set up stations to make things go quicker.The first station is rinsing, patting dry, and tearing the leaves off the stalk. The stalks don’t dehydrate well at all, so feed it to compost, or blend them up in a smoothie if your hardcore.

The second station is the cheese making station, which includes prepping ingredients and blending until smooth. 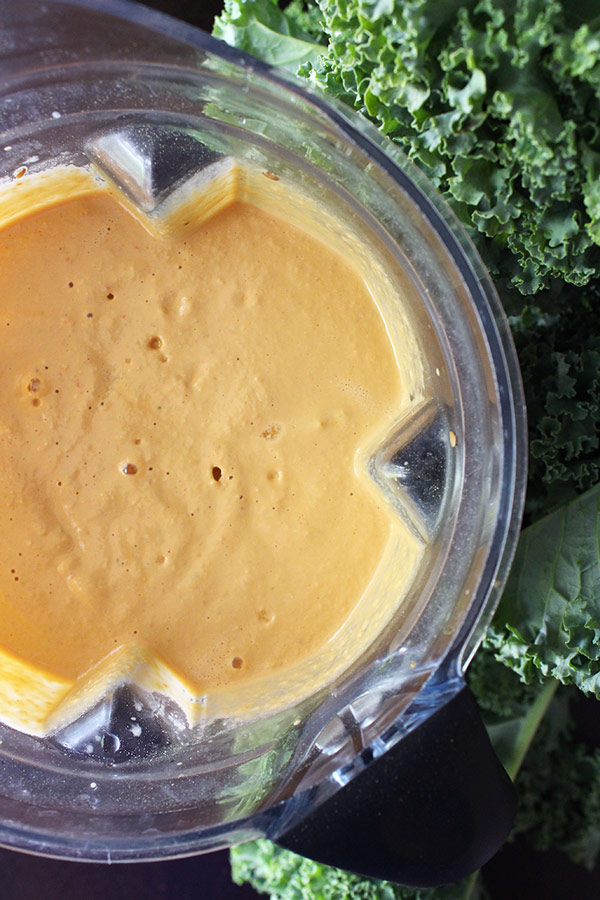 The last station is the massager and dehydrator. You’ll massage the cheese into the kale and then dump it all in one big pile on a ventilated dehydrator sheet. 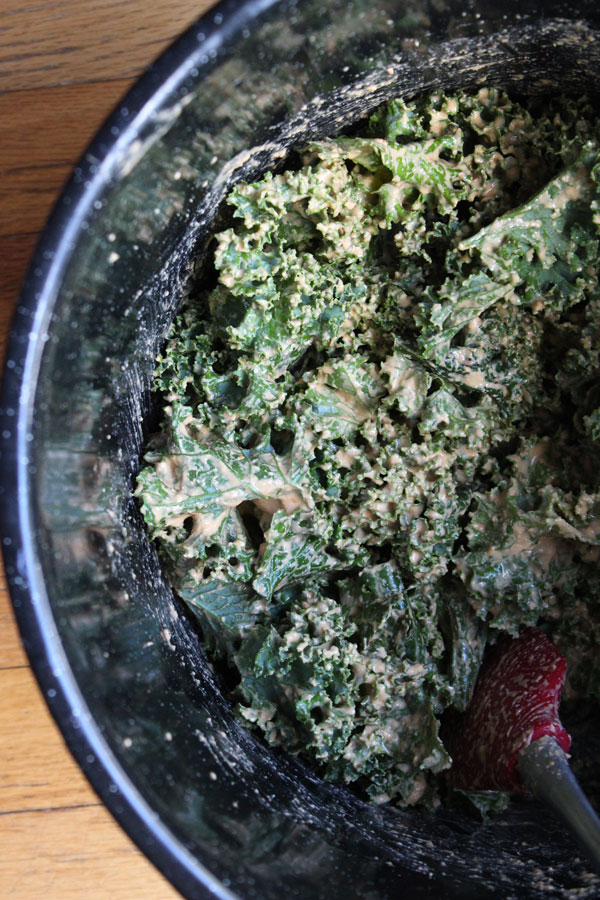 Lastly dehydrate at 115F for about 12 hours or until dry. 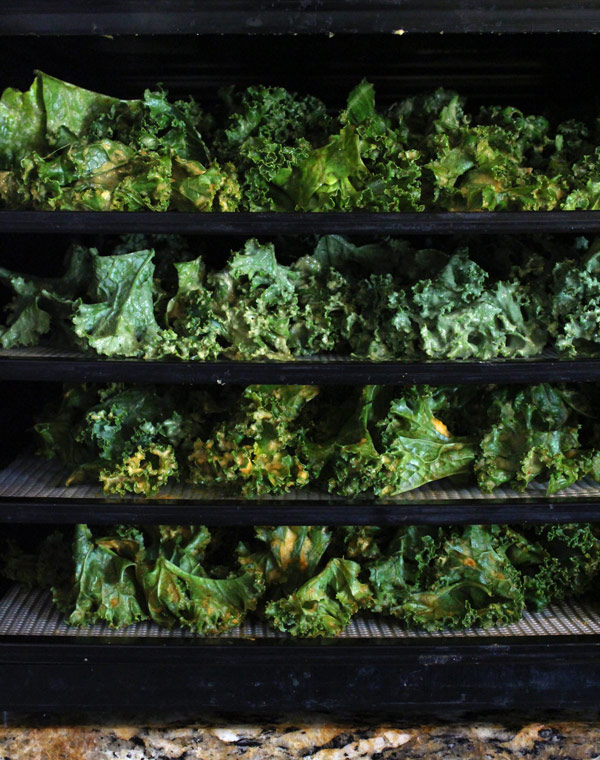 The more compact the kale and cheese the crunchier the kale chip. So forget about the tedious task of separating the kale so they aren’t touching each other. Just pile it all on top of each other so you get huge chunks of kale chips, that you can break up to your liking. Unless of course you like the thin fluffy crisp of normal kale chips. 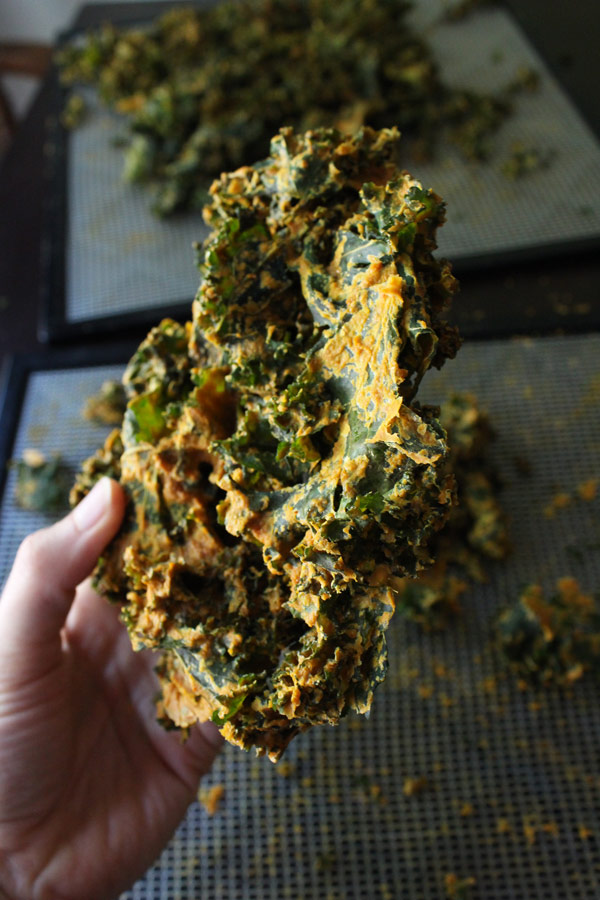 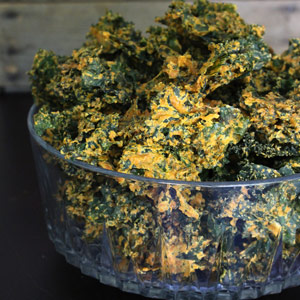 Store in an airtight container in a cool dry place for up to 1 month.