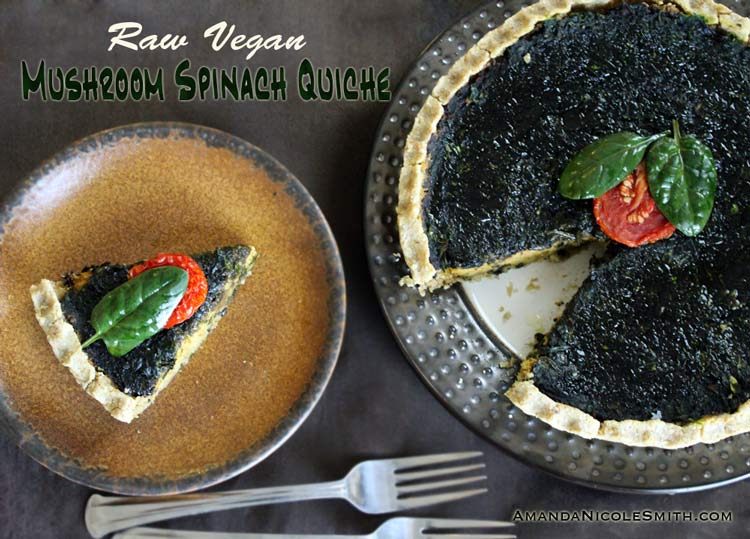 This is the result of a recipe experiment that I thought would need some adjustments but when I ate 3 slices in one sitting I knew I found the pot of gold on my first try. When I first told my roommate, Susie, I was making a raw vegan quiche she looked at me puzzled and said “raw eggs?” Now that wouldn’t be vegan or very good raw but I can understand her concern. I laughed a little and started to explain the technique for raw crust and an imitation egg. I could tell she was a bit skeptical but when a slice sat before her she examined it, ate it and loved it! Her favorite standout ingredient was the soy sauce and although it’s eggless she said it was the best imitation egg she’s ever had.

Dominick was even more skeptical, he normally doesn’t like things he has never had before but I knew he liked everything I was putting in. He loves cashews, spinach, mushrooms and soy sauce so I figured he would like some of his favorite ingredients constructed in a new way. Well turns out he absolutely loves it! I get excited when he likes a new recipe because he is the pickiest eater I know! 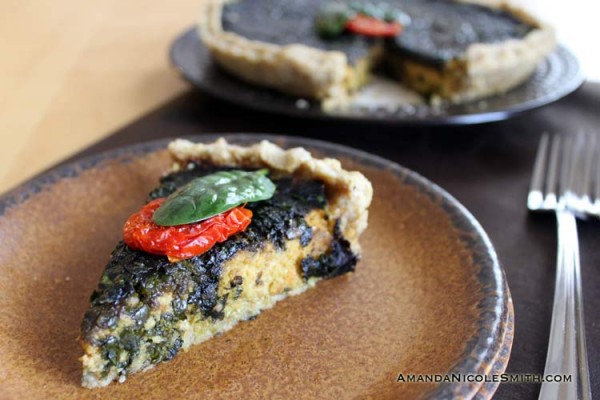 My favorite part was everything, no joke I loved the crust, the filling and the spinach mushroom topping all together they created a harmonious bond in both texture and flavor. I wasn’t even planning on posting this but I can’t keep this pot of gold to myself!

This recipe may seem daunting if you are new to raw foods but I want to assure you that it is much easier than it looks. 4 simple components put together and dehydrated. Even if you are not a cook you really can’t go wrong preparing raw foods. Just think you can’t burn anything and you can taste everything to make sure you like it before assembling the finished product. 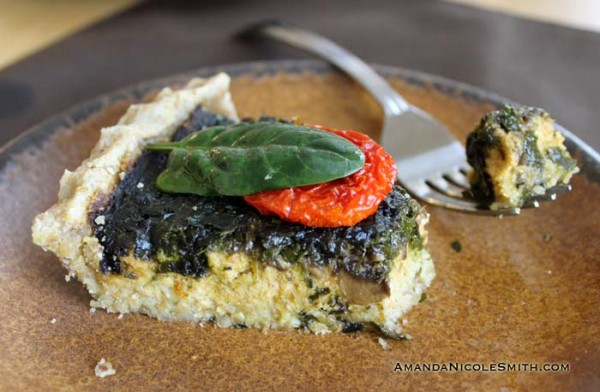 Let me know what you think down below! 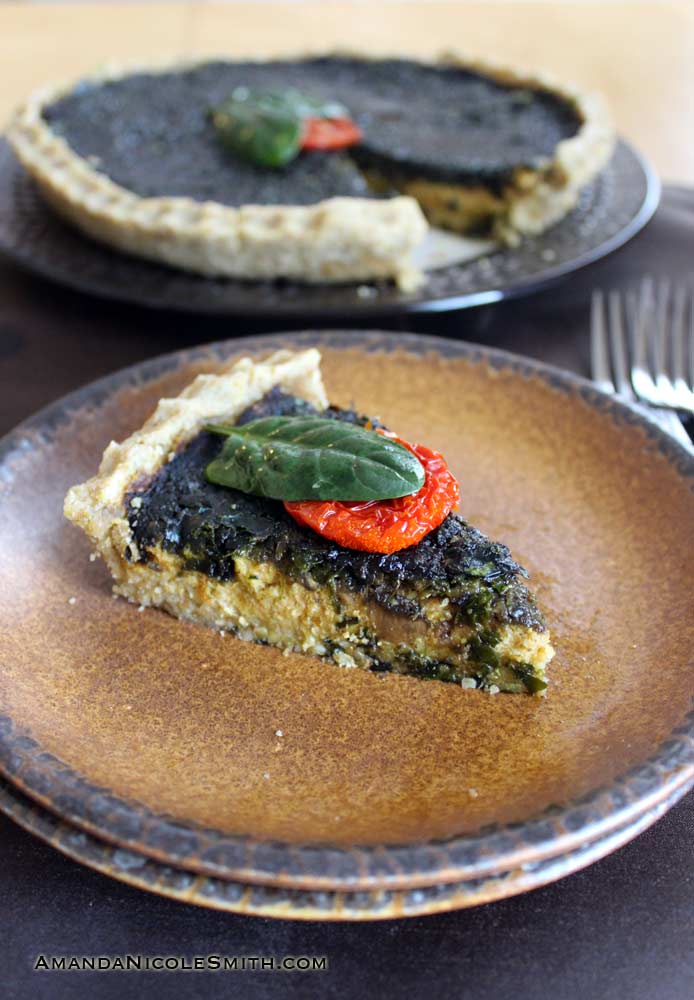