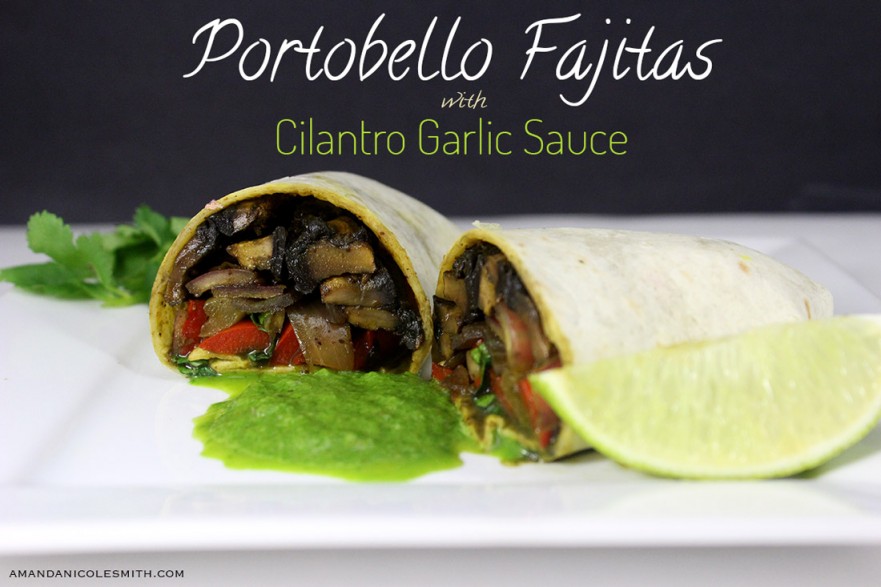 Juicy portobello mushrooms strips marinated in tamari, chili powder, cumin, and turmeric alongside red onions and bell pepper. Drizzled on top is a fresh cilantro garlic sauce made from not only cilantro and garlic but also pea shoots, arugula, lemon and lime, a winning combination right there!

Both the portobello fajitas and cilantro garlic sauce are really quick and easy vegan recipes, you’ll have dinner on the table in 20 minutes!

I have been so busy building websites lately that I haven’t had time for much else. When I’m extremely busy I look to my core easy recipes to get me through the week. One of those recipes is burritos with raw vegan taco meat and the other is this portobello fajita. I actually make both dishes in a week because I always have left over wraps and I don’t particularly like to have the same thing for dinner every night.

Sometimes the quickest recipes are the best recipes. This portable fajita only took me 20 minutes from start to finish even with the cilantro garlic sauce, which is also easy by the way! 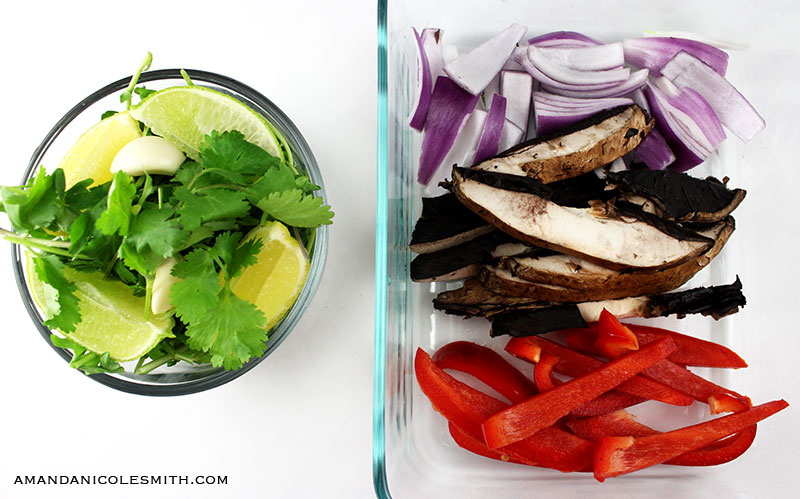 As for the fajita insides, I cooke the red bell pepper and onion in a little coconut oil and sea salt for about 1-2 minutes, then I added in my marinated mushrooms and cooked for 3 minutes. They should be sizzling when you start counting. 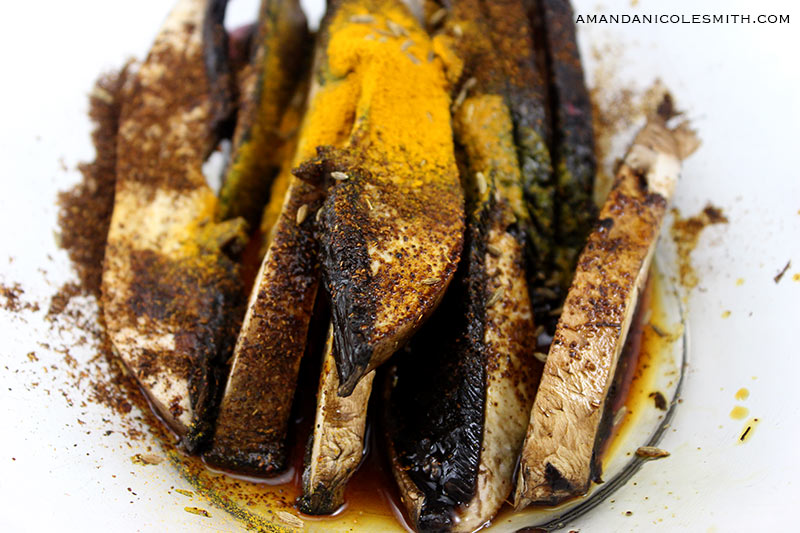 Lastly wrap it up in a flour tortilla and you got yourself and incredibly delicious and easy vegan dish! 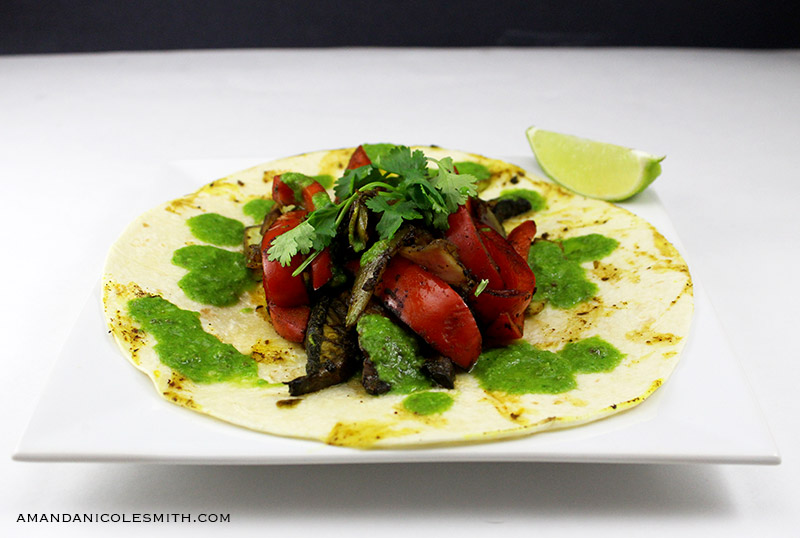 Try using a corn tortilla instead or you could use a collard green if you are feeling frisky.

I know all you raw vegans are familiar will with collard wraps or have your favorite raw wrap made from zucchinis or something like that, so I’ll leave that up to you 😉

If you want to make this a truly raw vegan dish, marinate the mushrooms, bell peppers and onions over night for at least 4 hours.

Dehydrate the mixture for 2-4 hours at 115 degrees, depending on how soft and wilted you want the veggies. 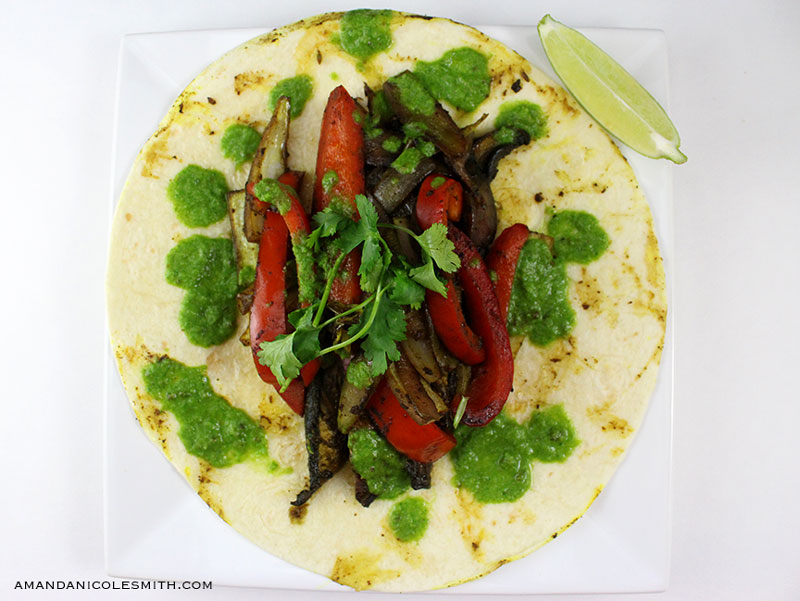 1 minute before the mushrooms are done cooking, I add my flour tortilla on top and let it steam from my splash of water. Raw Vegan Version:
Marinate bell peppers, onion and mushrooms in marinade for at least 4 hours.
Dehydrate for 2-4 hours.
Wrap with a collard green or other raw wrap.