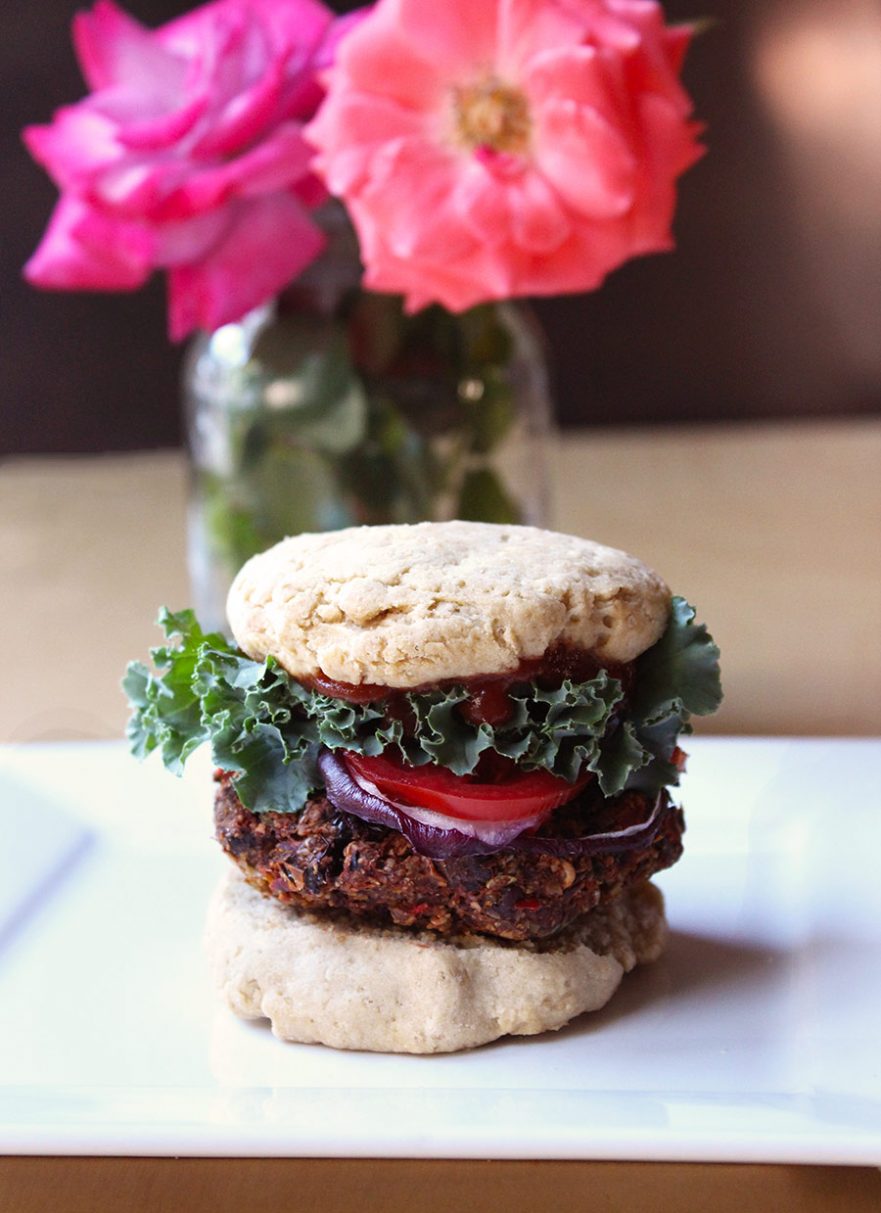 A super fresh and flavorful vegan burger, packed with spices and herbs and made from a base of veggies and seeds.

Raw vegan burgers were one of the very first recipes I ever tried making when I first discovered raw foods. The recipe was called beet burgers, and as you can probably imagine they were made from beets and super bright purple/red! Unfortunately beets have been scratching my throat lately so I decided to take a break and try to recreate my beloved raw burger recipe without beets and also without nuts.

Instead of nuts I opted for more sun-dried tomatoes, carrots and pumpkin seeds, I actually liked how much lighter it made the burgers.I also skipped the raw vegan buns this time and used my homemade vegan buns, but if you’re a hardcore raw vegan, I suggest this corn bread recipe.

This veggie meat can also be used for zoodles and meatballs, if you want 2 simple raw dinners, just shape some of the veggie meat into meatballs and save them for later!

The steps are super easy, you just prep your ingredients and add them to the food processor, then you’ll process for about 30 seconds until it starts to resemble meat.

Lastly, like real burgers, you form them with your hands into patties and get ready to cook them… or in this case dehydrate.

I have not tried these in the oven but I imagine they would cook up well in the oven or a skillet. If you’re pressed for time this may be your best option, although you miss out on some of the vitamins and minerals that are destroyed by heat. 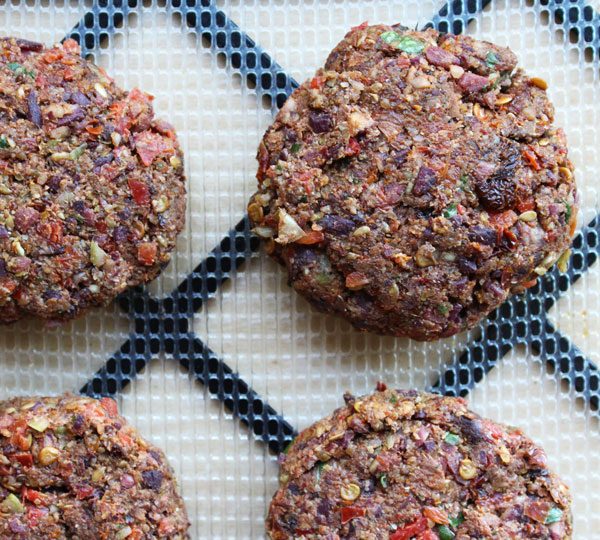 To dehydrate place your freshly shaped burgers onto a ventilated dehydrator sheet and dehydrate at 165 degrees for the first hour to evaporate water and reduce the risk of fermentation, then turn down to 115 degrees until the burger is firm and somewhat dry all the way through, about 4 hours. You don’t want to over dry it, nobody likes a dry burger. 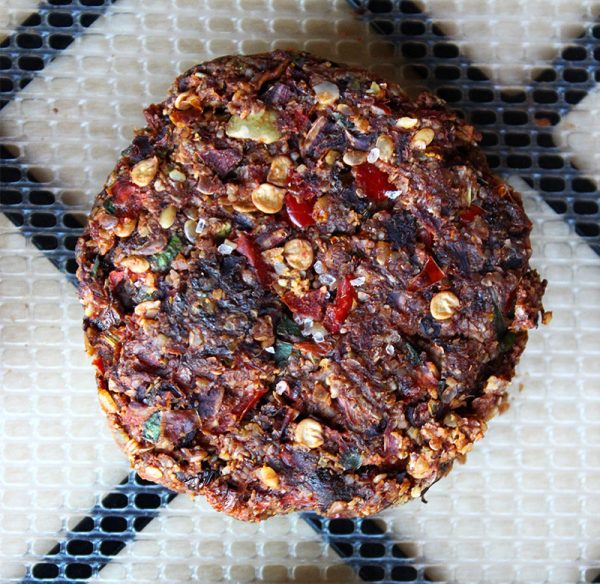 That’s it now put that patty in between two buns with all the toppings you love! I am personally a huge fan of ketchup, pickles, and spinach, but don’t forget about avocado, mustard, peppers and onions!

Store in an airtight container in the fridge for up to 3 days.
To reheat, dehydrate at 165 degrees for about 20 minutes.