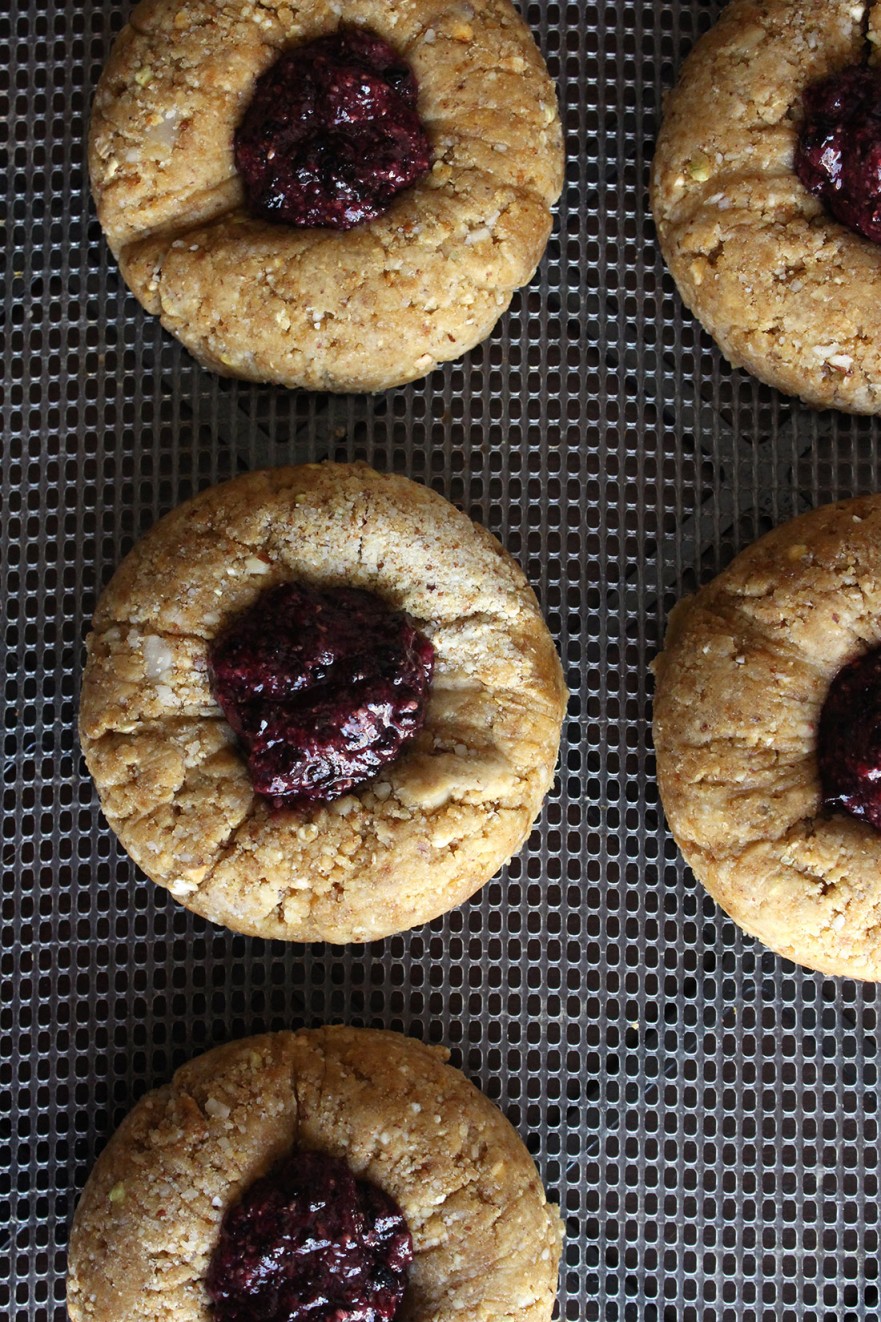 This is a very simple recipe, and perhaps the hardest part is waiting for them to firm up in the dehydrator without eating all the batter first. It only takes about 1-2 hours in the dehydrator, but I’m tellin’ ya, the batter is too good! That’s why there is only 5 in the picture. 😛

After sharing these with non-vegan friends, we agree that it’s not quite the taste or texture of a fried donut, but no matter what you call it, these babies are delicious and the texture is very desirable! I believe the oats instead of buckwheat would have made a heartier, more in likeness of a donut, texture; these are great either way!!

My apple cider donuts recipe uses rolled oats instead of buckwheat and can serve as inspiration. 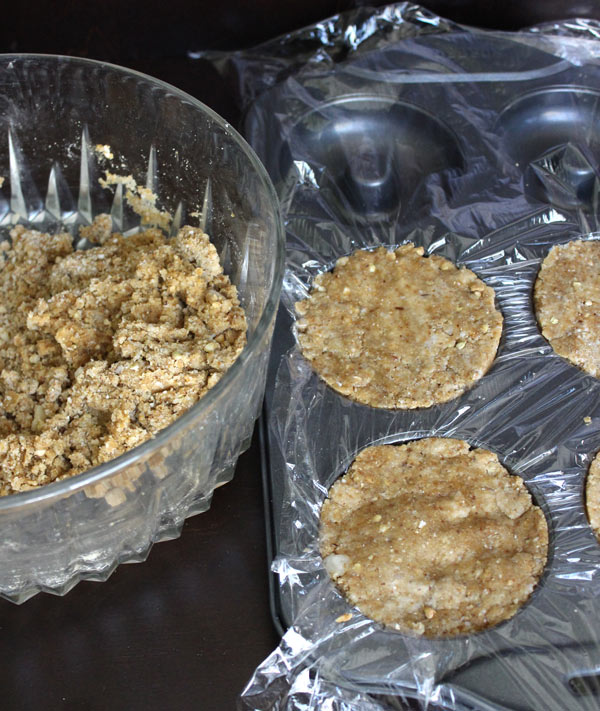 In this particular recipe I used whole brazil nuts and buckwheat and processed them into flour.

As mentioned before, if you’d like a heartier donut texture, rolled oats are a wonderful substitution for buckwheat. I happened to run out of oats and only had leftover sprouted and dried buckwheat, so I went with it. 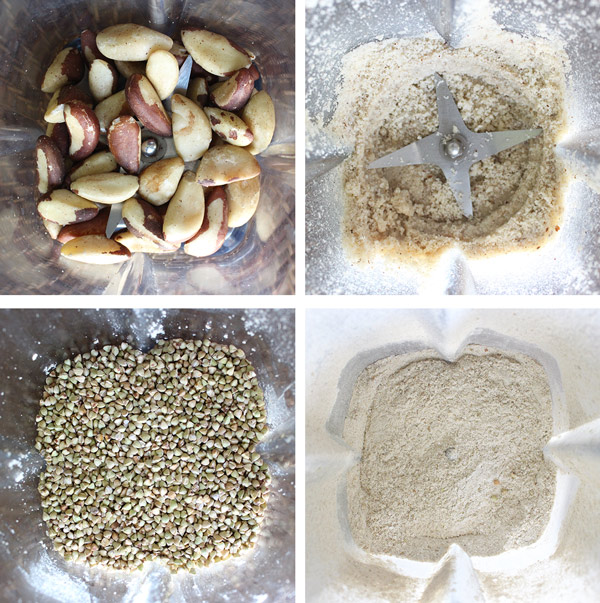 I try not to get too caught up in that, because at the end of the day, this is way more nutritious, and less oxidized than a fried donut!

And if you don’t want to go all out on ingredients, you can use only almond flour instead of coconut flour. I used both because I always have them on hand, and coconut flour gives a good sweet taste and fluffy texture, but too much can make the donuts taste mushy.

Once all the flour is made, you just put everything in a mixing bowl, and start mixing, adding a little bit of water at a time.

I started with a half cup and ended up needing 3/4 cup water to get up all the loose crumbs. 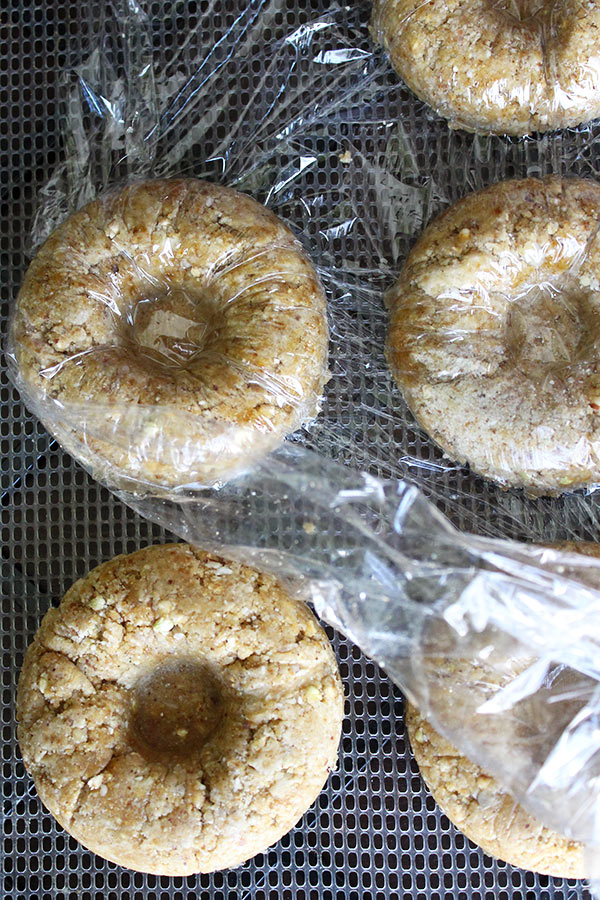 Then I lined a donut pan with plastic wrap, to be able to easily remove the donuts.

Because these are jelly filled, I covered the hole on top, so they are covered on the bottom when flipped.

Lastly I put a dehydrator tray on top of the pan and flipped it all over, so the donuts are now on just the dehydrator sheet. 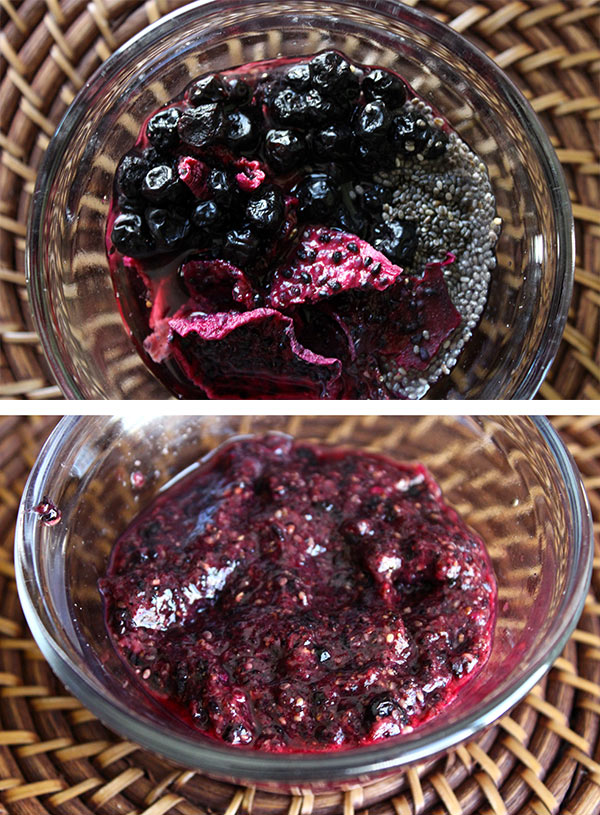 For me, the easiest way to make a delicious raw vegan jam is with dried fruit, chia seeds, and a little bit of water. In this case I had some dried blueberries and dragon fruit, I let them soak in water with the chia seeds while I made the dough. Then I blended it all together and scooped it into the donut holes. 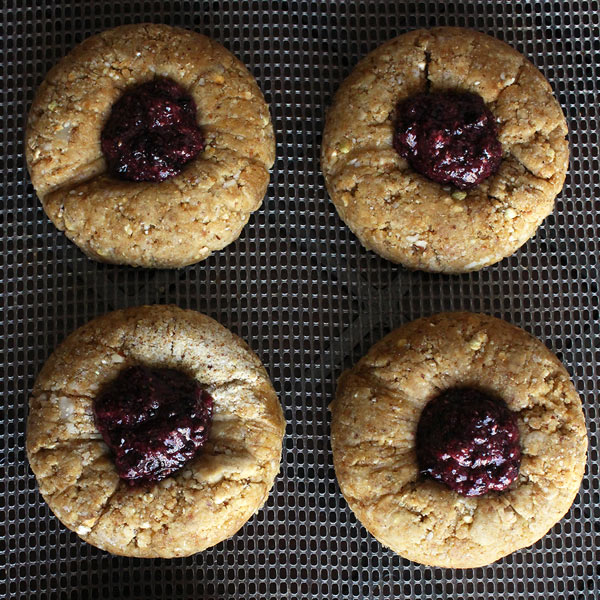 With the dehydrator set at 115 degrees, these decadent treats should only take about an hour or two. They will start to firm after an hour, but you can let them keep dehydrating to make sure there’s no water left, to avoid spoilage in storage.

I would only store these donuts for up to 4 days in an air tight container in a cool dark place.

I hope you enjoy these as much as I did!!! 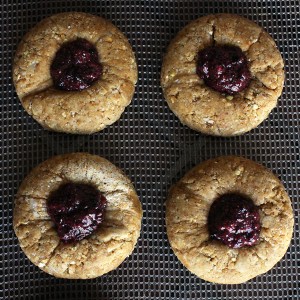 Store in an airtight container, up to 4 days, in a cool dark place.