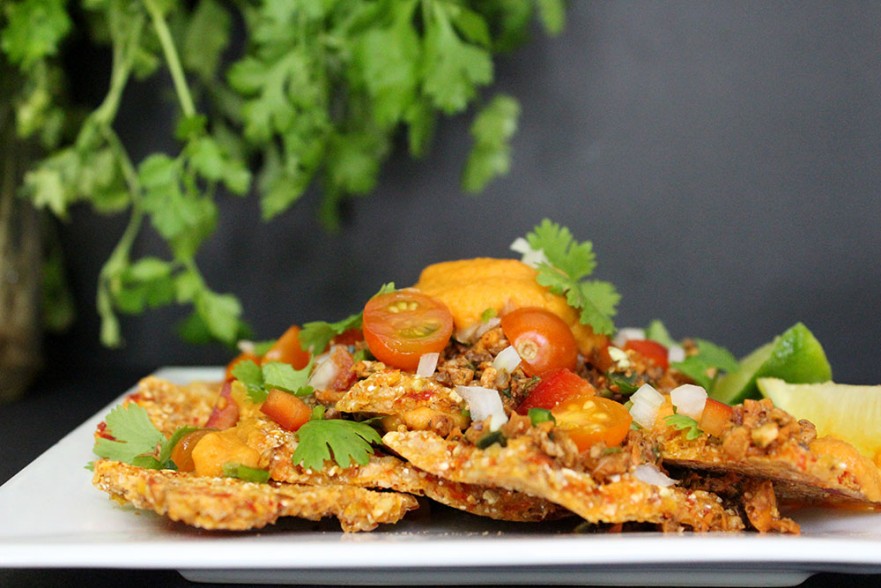 These raw vegan nachos are filling and full of fresh flavor. The base is hearty raw vegan corn chips, layered on top is raw vegan taco meat, upon that is a raw vegan zucchini nacho cheese, and lastly salsa fresca. All these layers come together and make the freshest nachos you’ll ever taste!

This is one of those recipes where I make all of the components beforehand, and make enough for several different snacks and meals throughout the week. I make salsa, raw vegan taco meat, and corn chips if it’s corn season, so we can easily prepare vegan burritos for dinner, with a side of rice, chips and salsa.

This is pretty much a staple in our household, it’s too easy to make and prepare for lunches and dinners throughout the week. 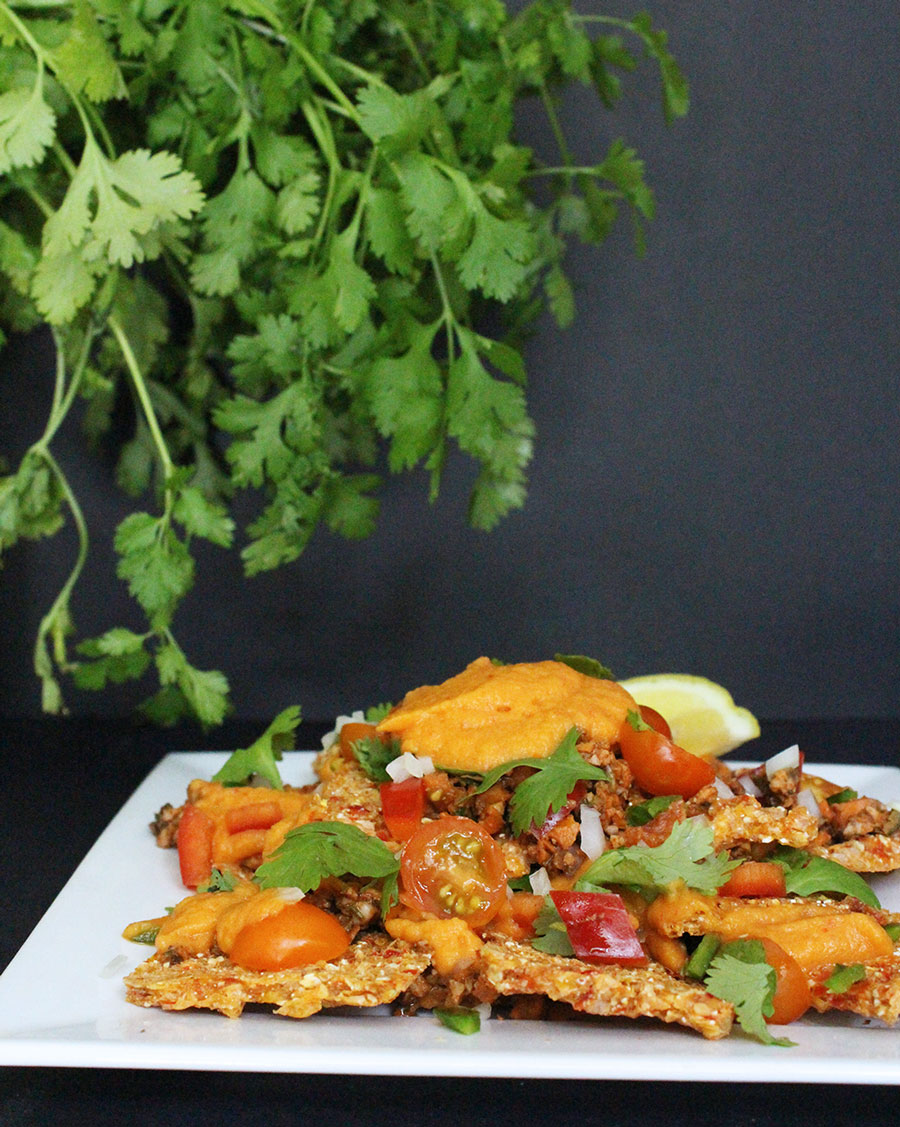 Since I don’t eat dairy but once or twice a year, I’m always looking for new cheese replications.  Now I want to caution, I use the term cheese loosely, as the texture is not even close to resembling cheese. However, the flavor is what matters, as the texture gets lost in the mix.

The reason I decided to make a zucchini cheese as opposed to a cashew cheese is keeping with good food combining rules, it is best not to mix a starch; corn, with a protein; cashew.

If I’m going to eat a raw vegan dish, I’m going in with easy digestion on the top of my priority list. If that’s my number one goal than eating poor food combinations would be the exact opposite of my goal.

While this particular mixture does not resemble cheese as well as cashew, zucchini cheese is perfect when you can’t have dairy or nuts and it combines well with the rest of the components on the plate.

You can even make a hard zucchini cheese, created by Haley Stobbs by using gelatin and cooking the zucchini. 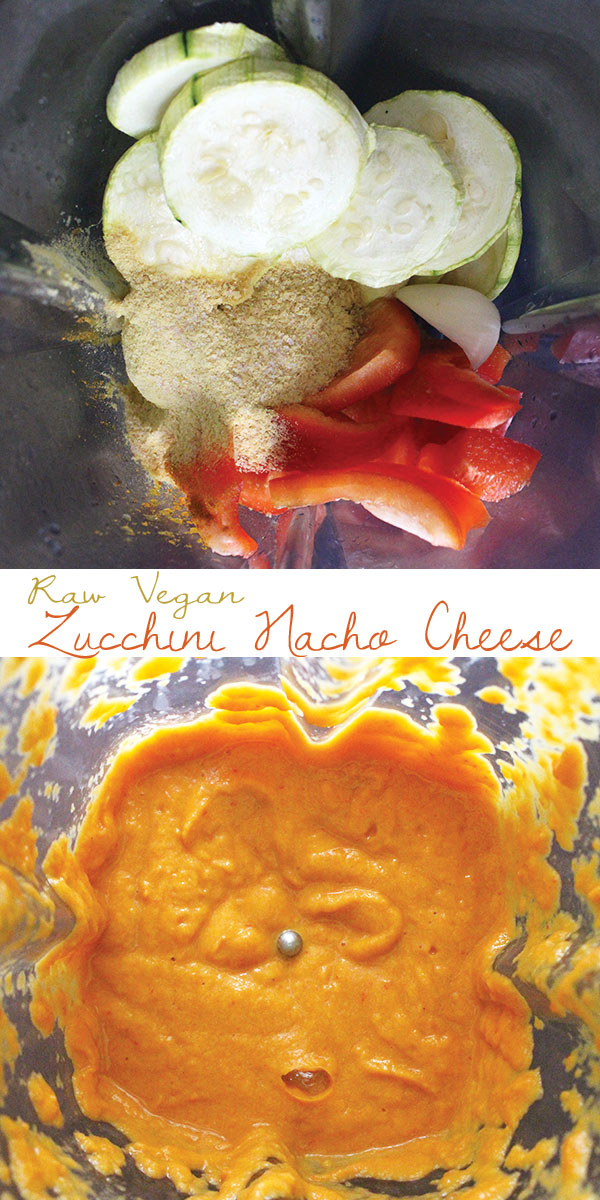 I love real deal standard nachos don’t get me wrong, but if I can replace them with something that is filled with nutrients, I’ll take that please. This is the easiest way to get in your daily vegetable needs, because those nacho flavors are there and they are oh so fresh!

The best way to make this dish is in conjunction with these other recipes. This is a few days worth of lunches, snacks and dinner!

Sometimes I just cut some tomatoes, onion, cilantro and poblano to sprinkle on top rather then making  salsa, but either or will work. 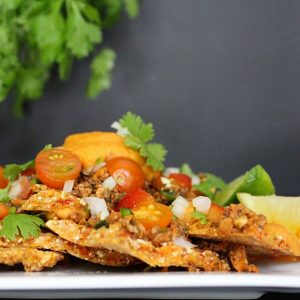 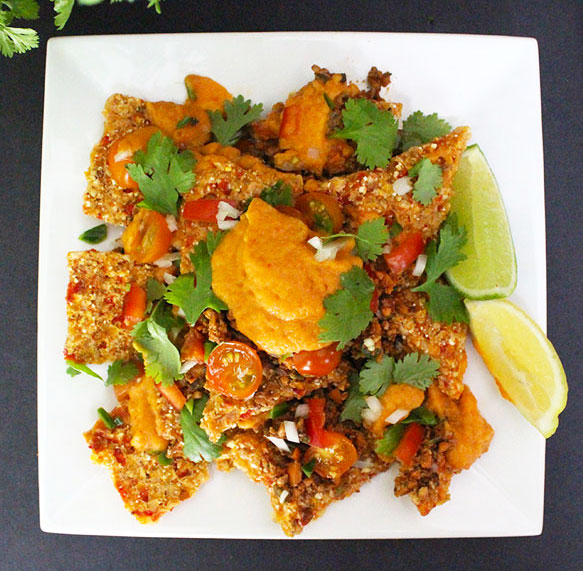