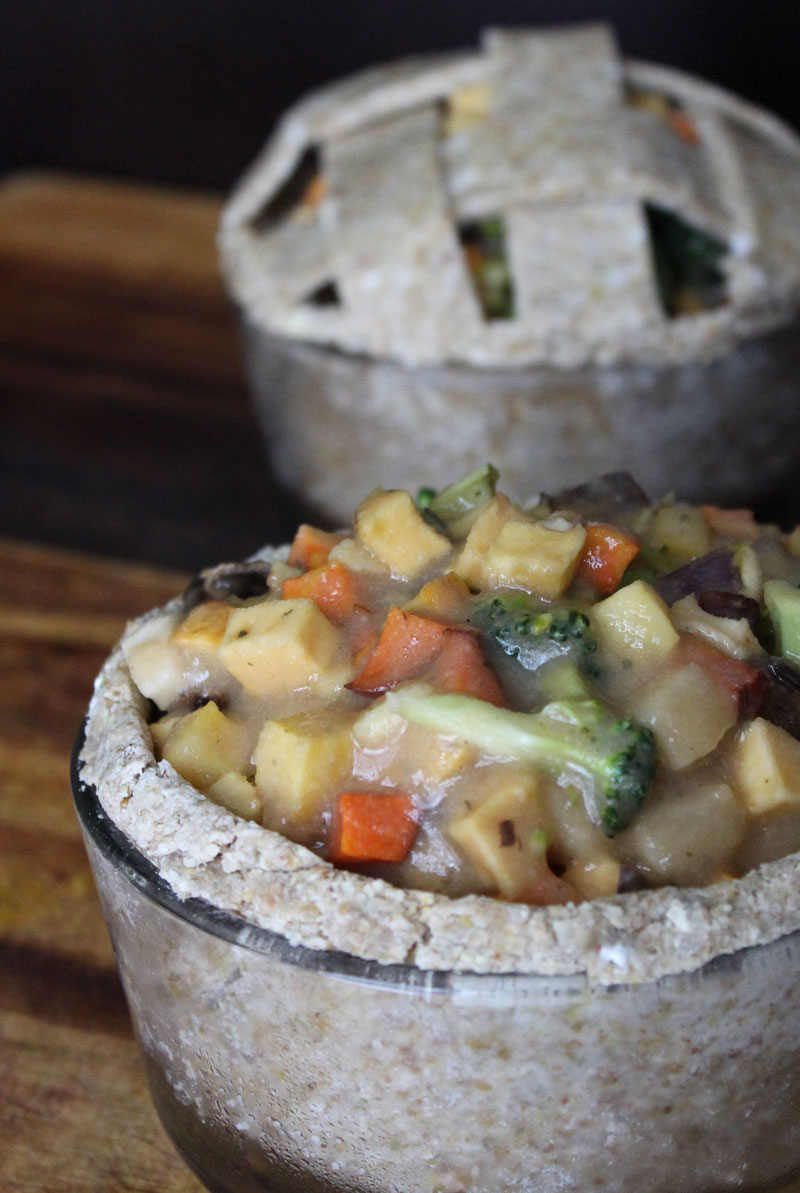 This pot pie can be prepared completely raw, cooked, or a hybrid depending on available tools, time and preferences.

I always try to find balance between raw food and cooked food. There is a lot of controversy about the health pros and cons of both. Non-raw vegans claim that vegetables such as carrots are more nutritious cooked, and raw vegans claim all vegetables are more nutritious raw. You could study the detailed differences and the science all day long, but what I realized is, when it comes to vegetables it doesn’t matter as long as you balance the two. The real question is “What do you prefer, taste-wise, in this particular recipe?”

In the winter I prefer simmering root vegetables until soft, and in the summer I prefer veggies like zucchini, bell peppers, tomatoes, mushrooms, and peas using the raw vegan method. 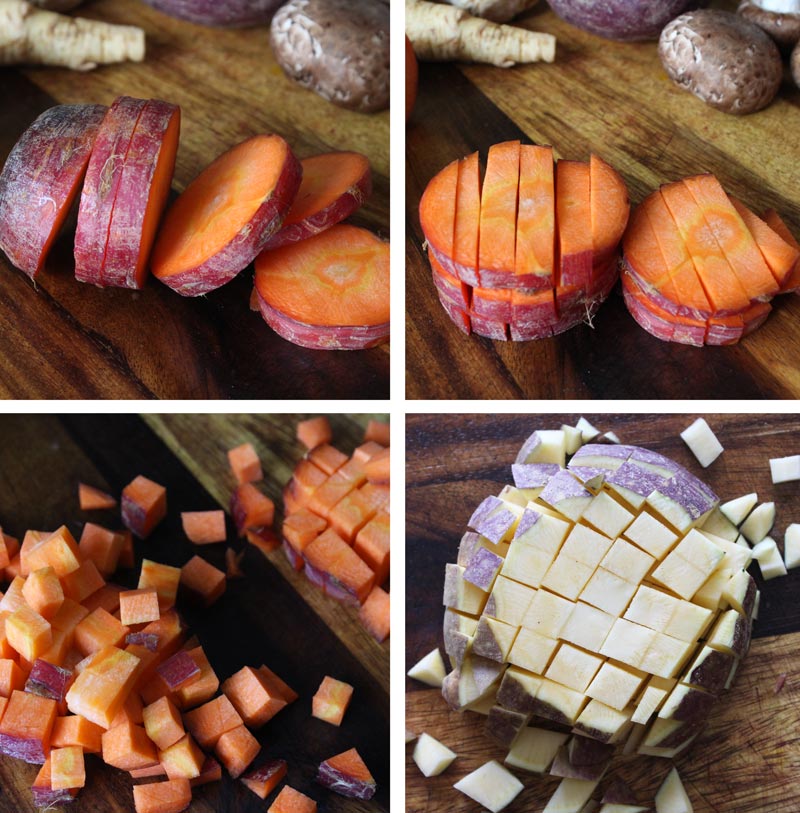 In the pictures, I diced and dehydrated the veggies for 2 hours; 1 hour at 165F and 1 hour at 115F. They shrunk, and got soft on the outside, but still a little crunchy on the inside. If you want them softer I recommend shredding them rather than dicing, or dehydrating them longer.

Cooking the root vegetables in this recipe may be your best bet. You could cook them in a little bit of water over a skillet for 10-20 minutes on medium-low, or you can dry roast them for 20 minutes at 350F. The cooked version obviously results in a softer veggie. 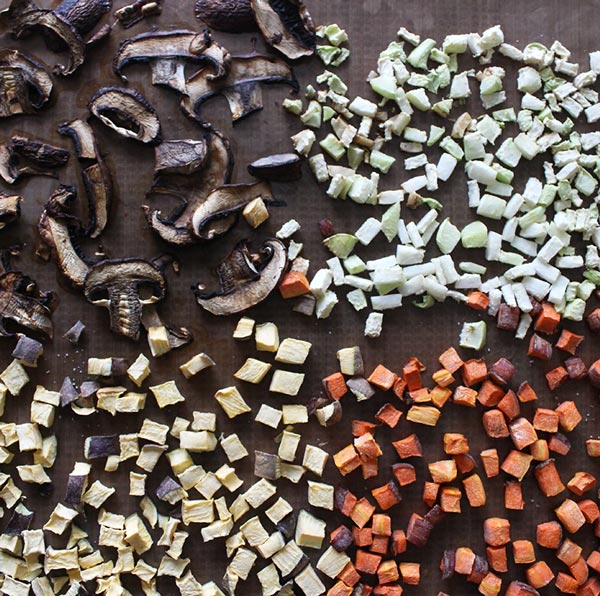 This gravy is super flavorful and can be made with any spices and herbs you prefer. In the recipe below I gave you a basic spice and herb combination.

The point of the following is to warm and thicken up the gravy:

The gravy can be put into a glass bowl and dehydrated alongside the veggies.

Or you can put the gravy in a sauce pan and let it heat up on low for about 10 minutes.

The crust can be dehydrated alongside the veggies and gravy. There is also the option to either sprout the buckwheat or just let it soak for a few hours.

Or you can bake the crust at 350F for about 20 minutes. If you’re gong to bake it I don’t recommend going through all the trouble to sprout the buckwheat. 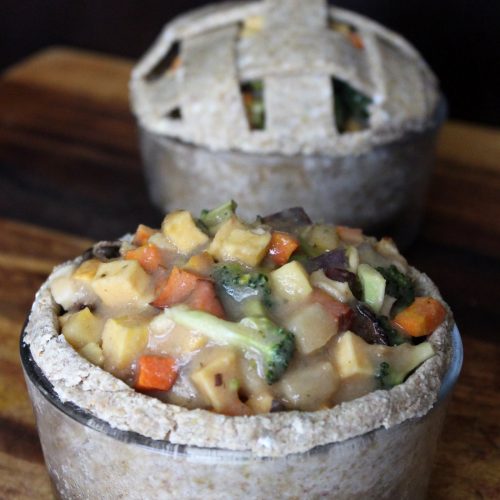 Store crust separately from the gravy and veggies, so the crust doesn't get soggy.
To Reheat; Dehydrate both components at 165F for 1 hour, or non-raw* Bake at 350F for 20 minutes.