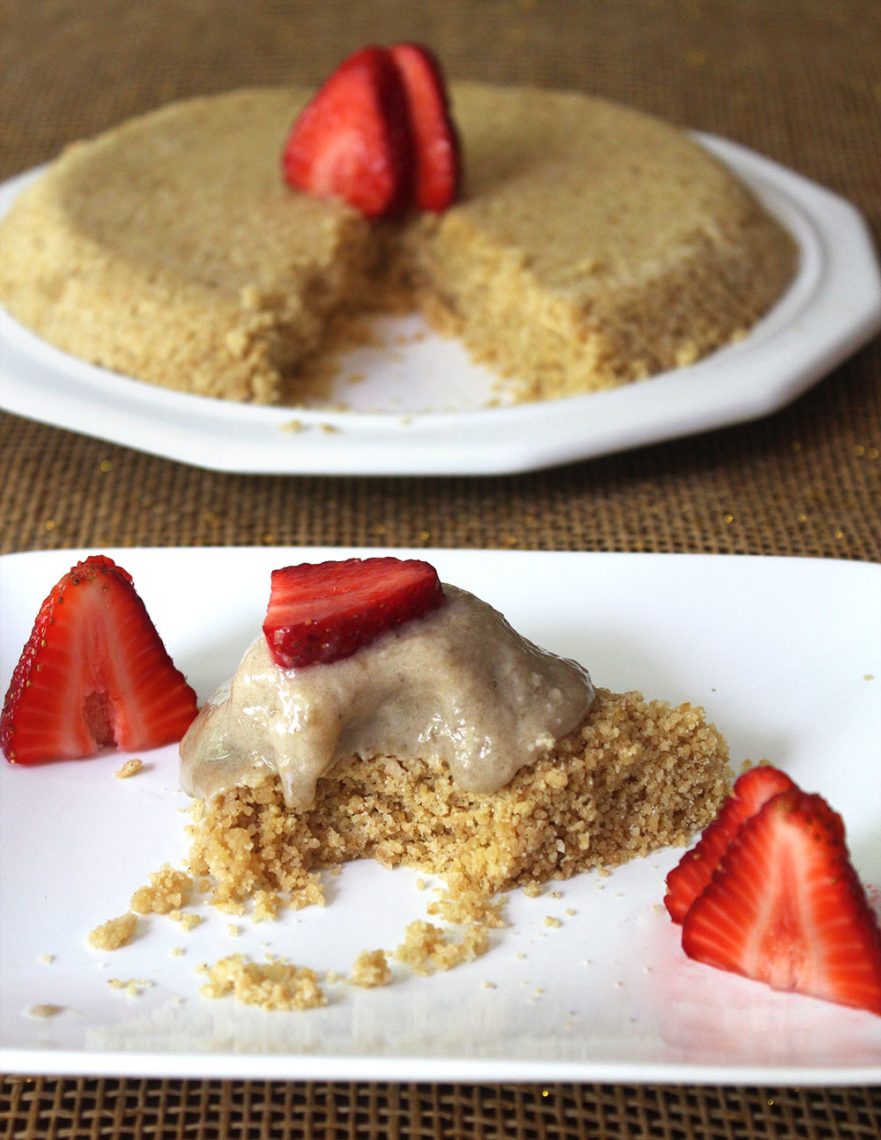 A luxuriously soft and crumbly raw vegan pound cake topped with fresh strawberries and simple banana ice cream. This is a gluten-free, no-bake, vegan cake made primarily from almond flour and coconut flour. It is light, airy with the perfect amount of sweetness. A dessert like this is what I like to call heaven on Earth.

I took my time with this pound cake, each ingredient was carefully analyzed, each technique carefully selected. I tasted every component separately and assembled it 3 different ways. I finally came up with the perfect method for a light and fluffy raw vegan cake every time! Raw vegan cakes are normally very dense, so to have it be light and fluffy is something I personally never experienced before this recipe!

It’s all about the technique, there may be a few more steps and equipment needed but it is well worth it.

I first studied regular ol’ pound cake and angel cake recipes. I then selected ingredients as replacements to mimic the same consistency but raw and followed similar prep baking practices.

Coconut flour and almond flour are the lightest flours you can buy. I personally like to use the Bob’s Red Mill blanched almond flour, because it is so light and fluffy. Coconut flour is also another extremely light and airy flour, with a hint of coconut and sweetness. I sifted these two flours together and put whatever couldn’t fit though the strainer into the food processor or in my case the ninja. 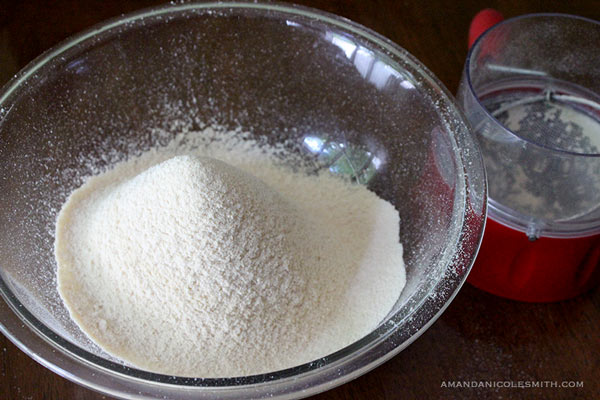 First thing I did was mix 2 tbsp flax seed with 1/2 cup water and 1 tsp vanilla extract.

After it gets gooey like egg yolk, I add 2 tsp cornstarch. 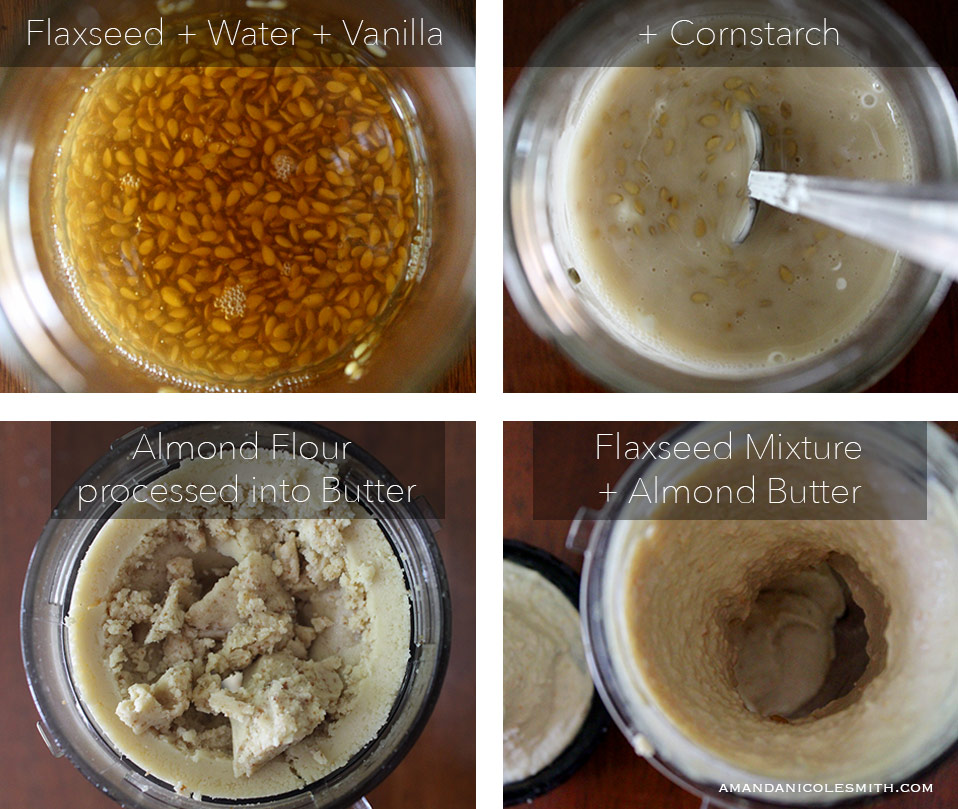 I then add in 1 cup almond flour to the food processor and process until it is like a hard butter. You must have a really good food processor with sharp blades, preferably serrated blades, for this to work. You could also use a spice/coffee grinder. I used the single serve ninja container, which actually works extremely well for all spices and seeds. I have broken every coffee grinder I have ever owned so finding out that this ninja can handle making any nut and seed butters, makes me less frustrated in the kitchen!

Next I poured the flaxseed mixture in with the almond butter and processed until it looked almost like buttercream. The smell is out of this world good!

After the separate components are made, almost like real cookie dough, it is ready to be mixed together. Pour the flaxseed almond butter mixture into the flour and begin to gently fold until all the loose flour is absorbed and it starts to form dough balls. 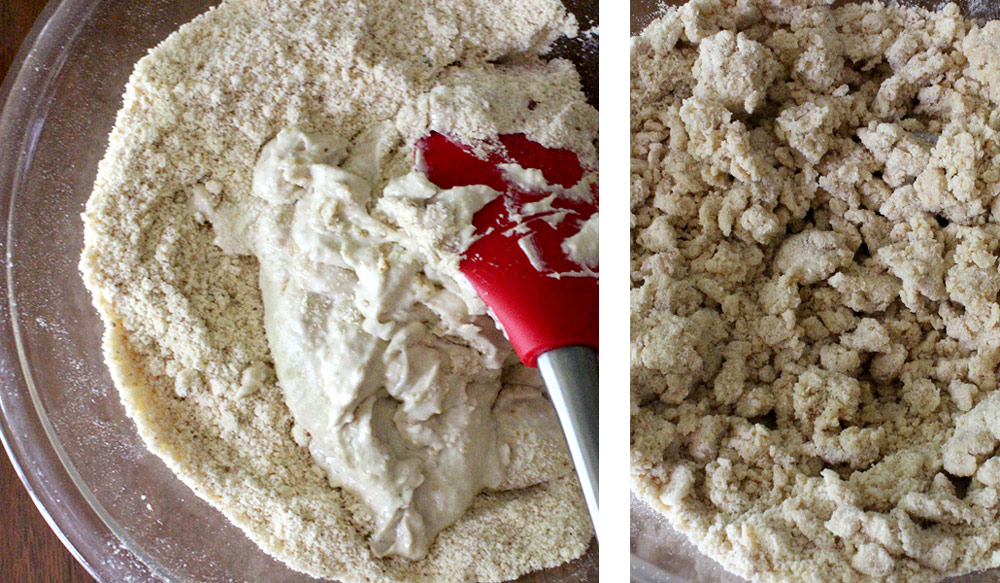 Once the dough balls have formed, throw them into the food processor so they can become tiny dough balls. I then add in 2 tbsp of agave nectar to help it all stick together and process once more.

Pour the cake mixture into a glass pie dish, with or without plastic wrap to help you pull it out easier. Level out and the lightly press the cake down with a spoon until everything is all stuck together.

Put the cake in the freezer for 30 minutes to 1 hour and let it firm up a bit. 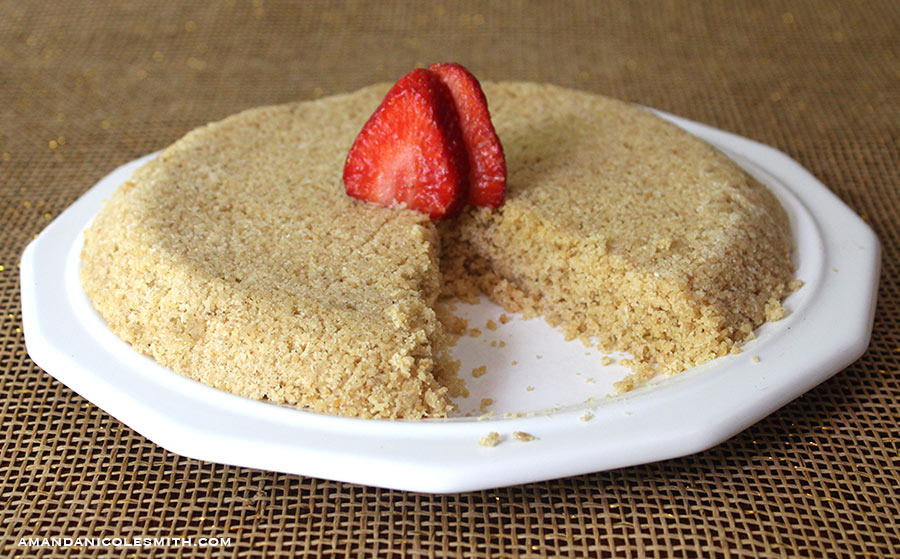 Take about 3-4 frozen bananas put it in the food processor or blender and blend until smooth. This makes a rich banana ice cream perfectly matched for the pound cake with fresh strawberries. 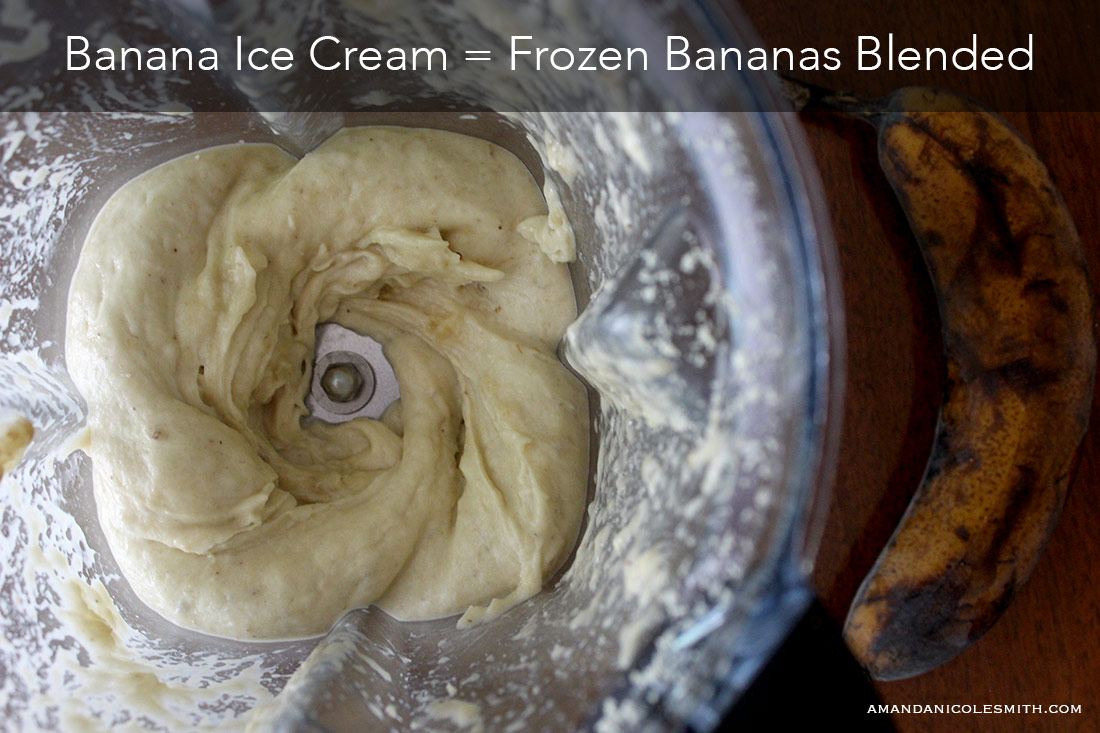 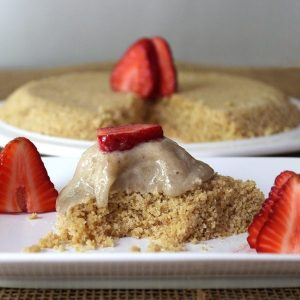 Store in the refrigerator for up to 2 weeks. 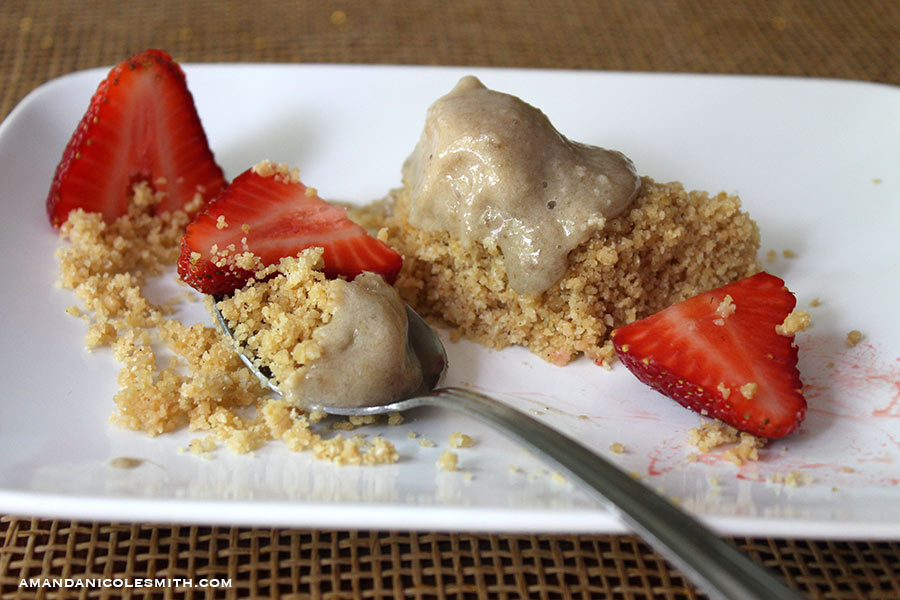