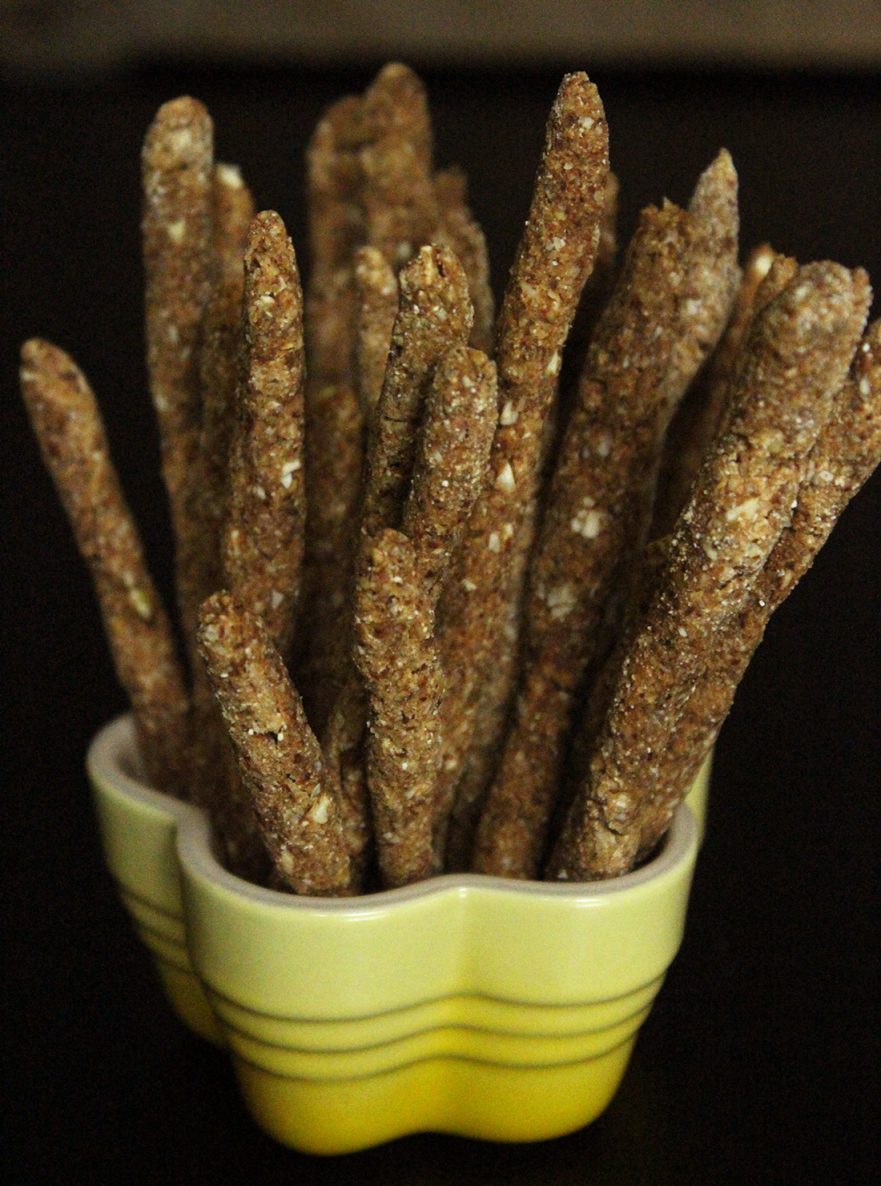 If you are allergic to nuts, you can use all coconut flour, or sunflower seed, pumpkin seeds or any other seed you prefer instead of almonds.

Sprouted buckwheat is my grain of choice for any kind of dough or pastry. When soaked and dried again it gets super crunchy. It is also gluten free despite the wheat in it’s name. You do;t even have to sprout the buckwheat, you can just soak it for a few hours and use it right away.

Despite it’s long dehydration time the recipe is very simple. You just mix all the ingredients together and shape your sticks. If you don’t have a dehydrator and choose to use an oven at it’s lowest temperature, it will get crunchy even quicker. 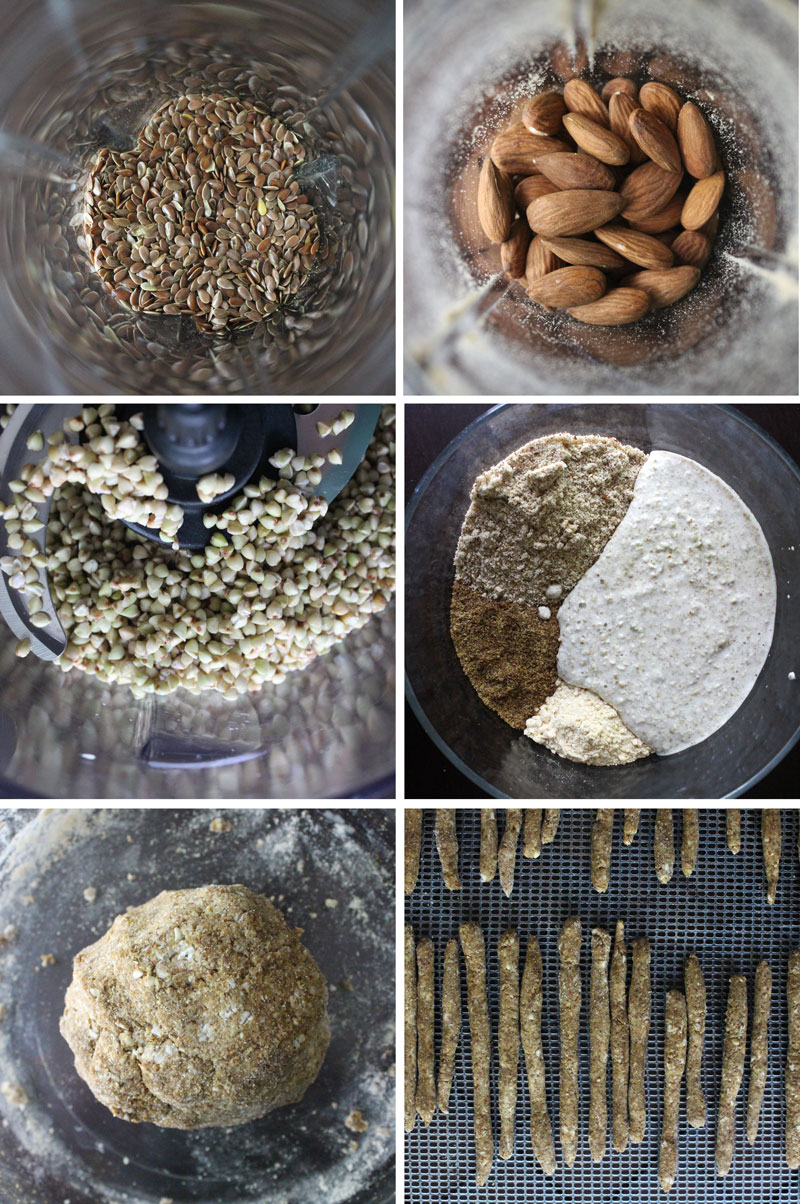 You could certainly stop drying so the insides are still soft. I thought about making a batch with slightly larger sticks and dipping them in cinnamon sugar. Soft cinnamon sugar sticks, Yum! I know what I’m doing next week! 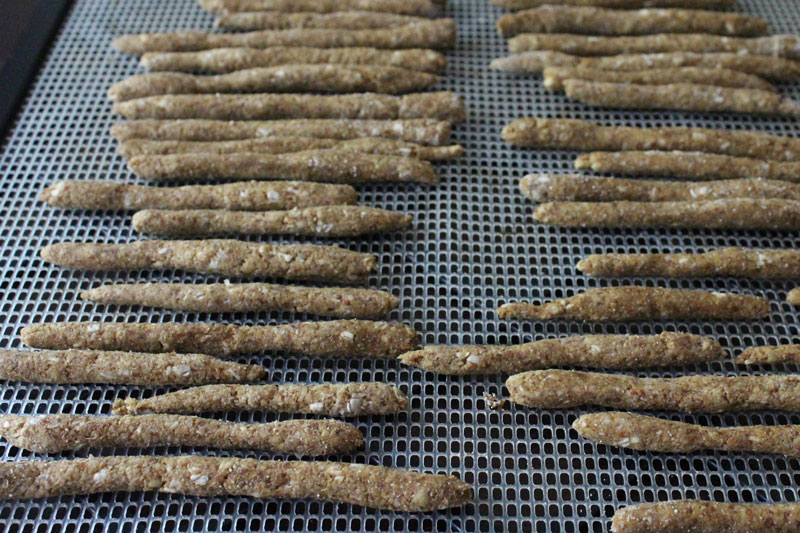 I didn’t use anything this time because they are really good plain, or dipped in a sauce of your choice! 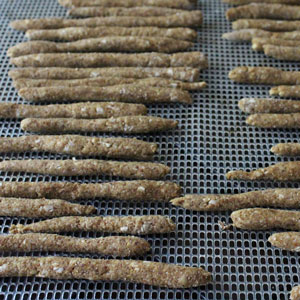 You can make soft pretzels by not dehydrating as long, about 2-4 hours, only the outsides will be crispy and the insides will be soft.
Store in an airtight container for up to 2 weeks.