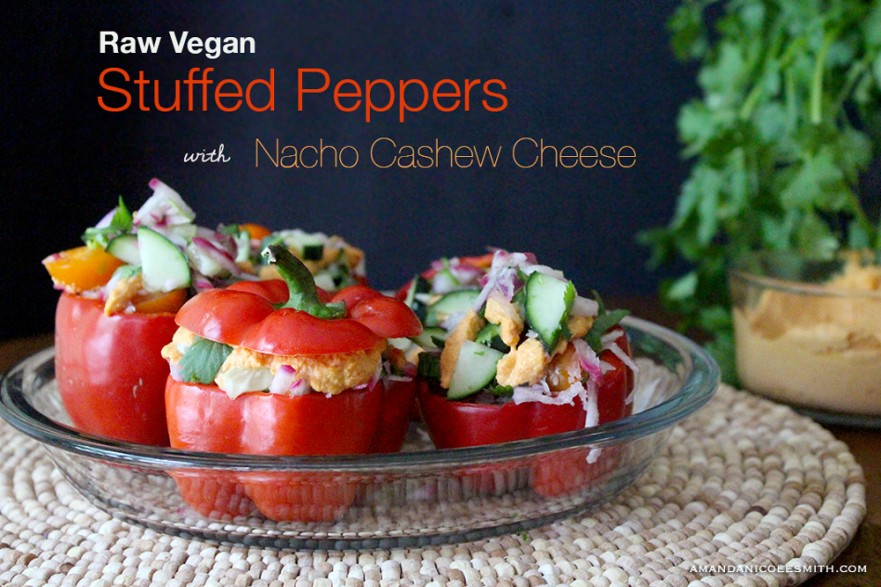 A simple stuffed pepper filled with a cucumber radish salad and topped with raw vegan nacho cashew cheese. Together they create a harmonious texture and taste that is sweet, spicy and herbaceous.

These raw vegan stuffed peppers are the perfect simple lunches, one that you can take with you to work, and one that you don’t need to warm up.

The filling is cucumbers, radish, garlic ramps, cherry or grape tomatoes, cilantro, and red onion, it only takes minutes to prepare, as all we are doing is shredding and chopping. 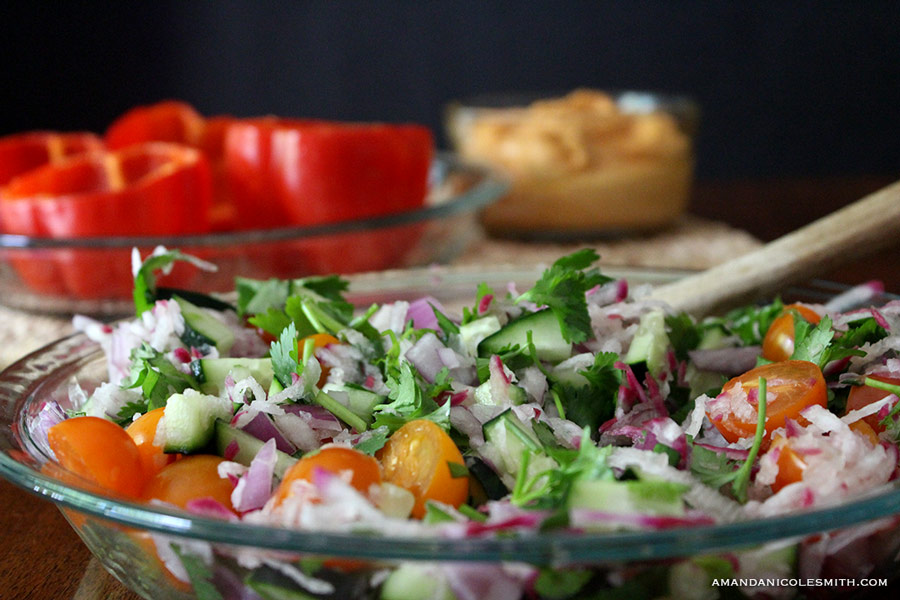 I use this cheese for my favorite chips in the world, Kale Chips!! They are the perfect side to any salad, I use the leftover crumbs as salad “cheese crumbles” so good!

So if you make a full batch of cheese like the recipe on the kale chips page, you would have enough cheese for a half batch of kale chips and 5 stuffed peppers. 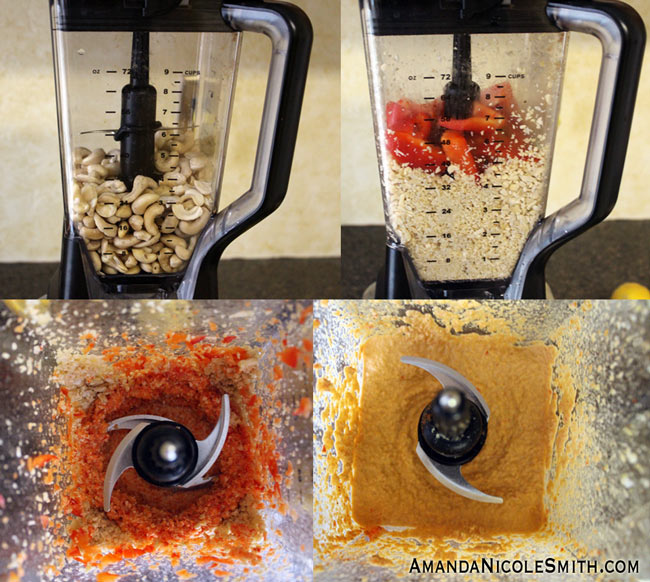 To make the cheese a bit more flavorful I used tomatoes in place of water, either way this nacho cheese is delicious! 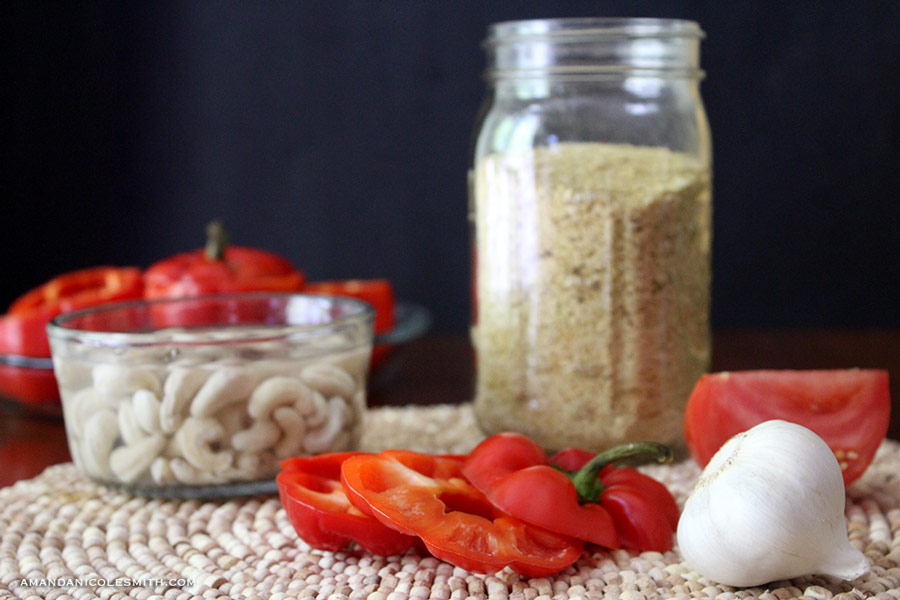 I really like to bite into these like an apple, I’ll get cheese all over my face but I don’t mind. 😉 I eat raw peppers like apples all the time, but to have them filled with goodies is a dream come true, it’s safe to say this is my new favorite lunch.

You could also dehydrate the peppers for a couple of hours, or until they resemble cooked peppers, it’s all up to you. It’s also amazing to add my raw vegan taco meat or rice, yum!

Optional* Dehydrate bell peppers for 30 minutes to 1 hour on 165 degrees, they will still be raw you are just evaporating the water, if you decided to dehydrate any longer, turn down the heat. 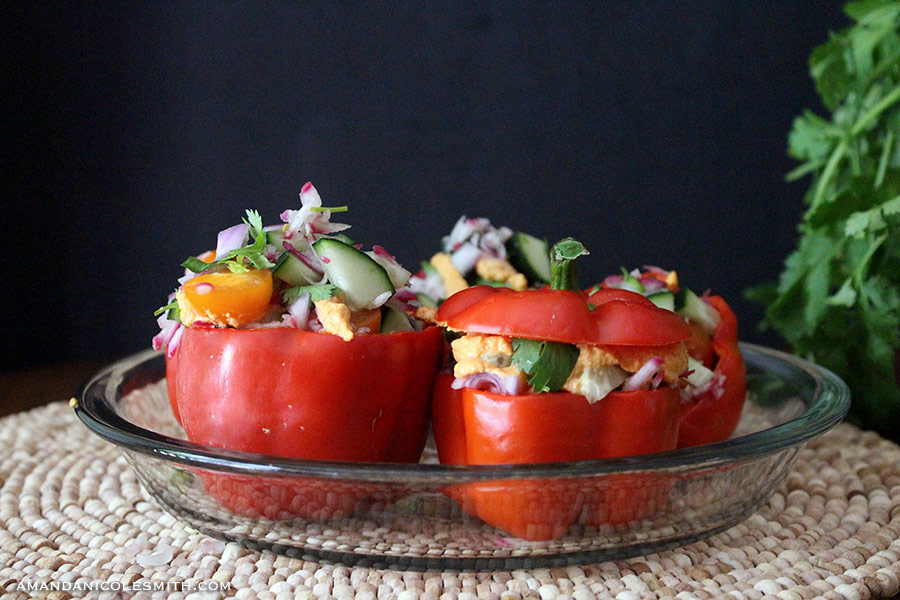