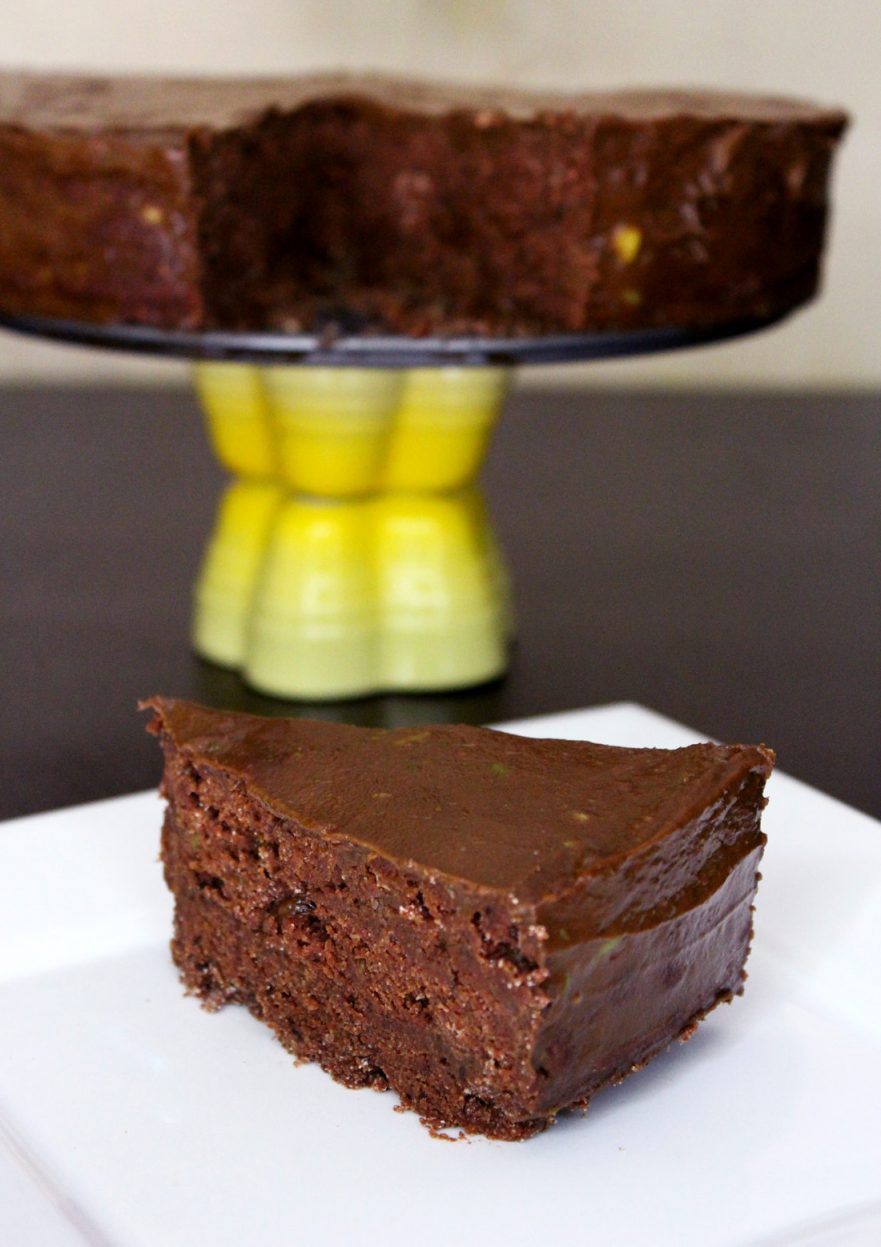 This chocolate cake is also super easy to make, when you’re done mixing everything together, all you have to do is pop it in the fridge for an hour and it’s ready to eat. Perhaps the best part of raw vegan “baking” is that you can test the cake batter as much as you’d like! 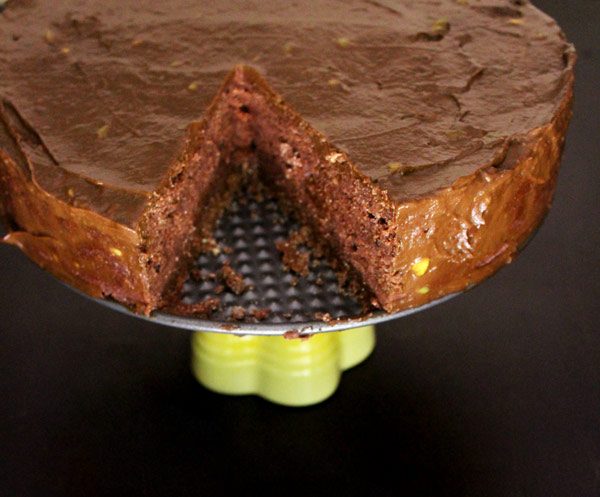 I made this cake special for Dominick’s upcoming birthday. About a month ago we had bought a vegan chocolate cake with vanilla frosting from our local market, and it was meh. Since we started doing raw vegan desserts, regular desserts loaded with white sugar just feels like too much. When you’re finished with a raw vegan dessert you feel good, full and satisfied. With a cooked vegan cake, made predominately from flour, sugar, and fake butter…you feel like you need a nap afterwards. 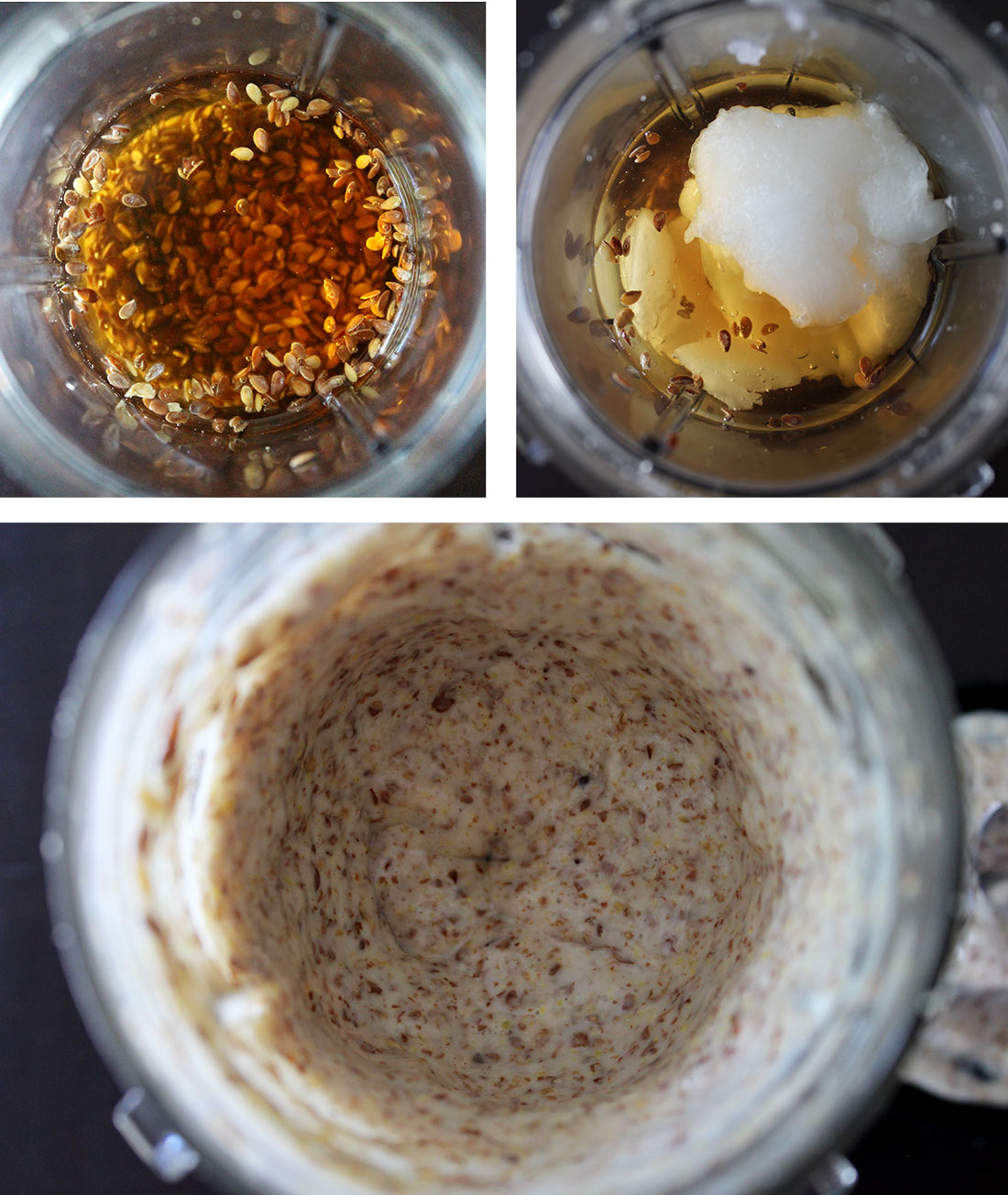 The first thing I thought about when making this recipe was, it needs to be fluffy, it can’t be dense like most raw vegan dessert made predominately with nuts and dried fruit.

To make it fluffy, coconut flour and almond flour are used, and to bind it all together we use a coconut flax cream which will give the dough a bounce back when lightly pushed.

So the first thing we do is soak the flax seed for about 30 minutes in some water and vanilla extract, of course if you have vanilla bean, definitely use that! I soaked the flax seed whole because I used my single serving ninja processor which can grind anything to a pulp, but feel free to ground the flax seed before soaking. As a side comment, I wouldn’t buy already ground flax seed because it’s delicate oils oxidize quickly and can also change the flavor.

I didn’t want to use dates since they are also used in so many other raw vegan desserts.Instead I used prunes just like I used dates, and I think the difference in sweetness really contributed to the cake’s deliciousness, prunes are a bit more pronounced in flavor and have more of a “dark sweet”, if that makes sense, whereas dates have a “light sweet”.

The second thing I wanted to do away with, were cashews, cashews are used in so many other amazing desserts, so as it is I already eat enough cashews! Coconut flour and almond flour are perfect for that cake consistency, fluffy and light.

All you have to do is stir it all together by hand, or in a food processor. I had to make 2 separate batches of cake batter because it wouldn’t all fit into one bowl, or at one time in the food processor, you may have to do the same to get an even texture. 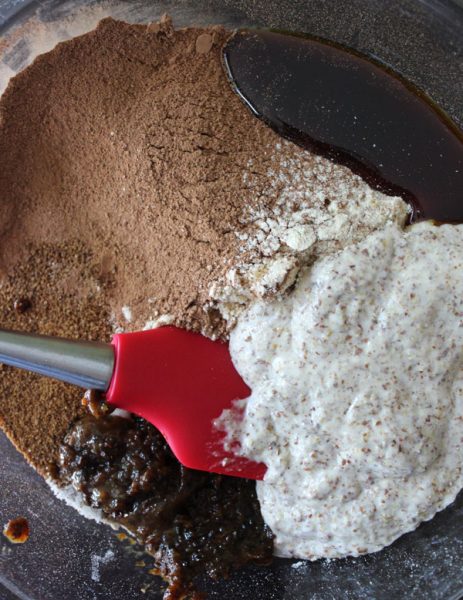 The frosting is just a simple blend of avocados, coconut oil, coconut sugar and maple syrup. You could use any kind of sweetener you like, I used maple syrup because it’s thin and extra sweet. This frosting is really easy to work with right after it’s been blended because it’s not as thick as regular frosting when at room temp. But if you put it in the fridge to thicken up the coconut oil, it will be the consistency of real frosting. 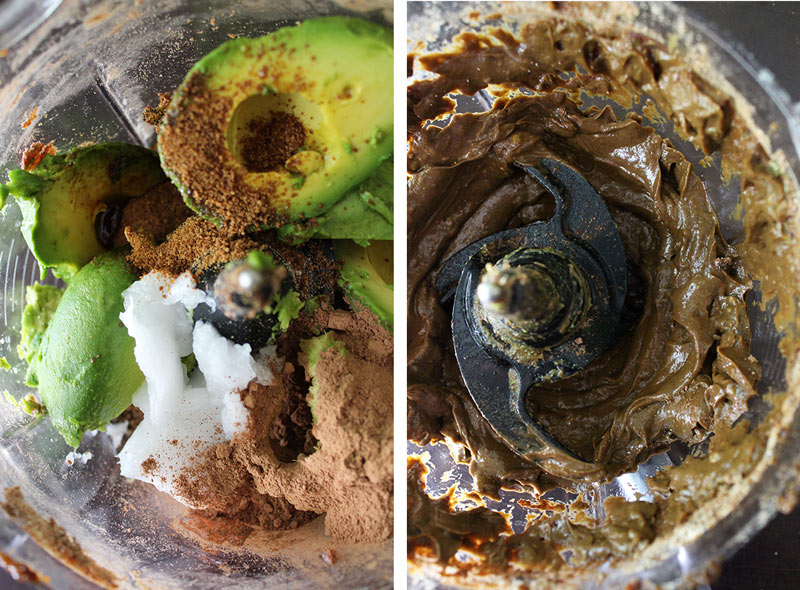 To put it all together you’ll evenly place the “dough balls” in an 8-inch spring form cake pan, take a third of your cake batter and lightly push the dough together with your fingers. You don’t want to firmly pack it or it won’t be as light and fluffy as a real cake.

Then I put a layer of frosting on, which Dominick said there should be more of. I was never a frosting girl but I really love this frosting, probably because it’s sweet and frosting like, but it doesn’t taste like pure sugar, it’s a nice change. 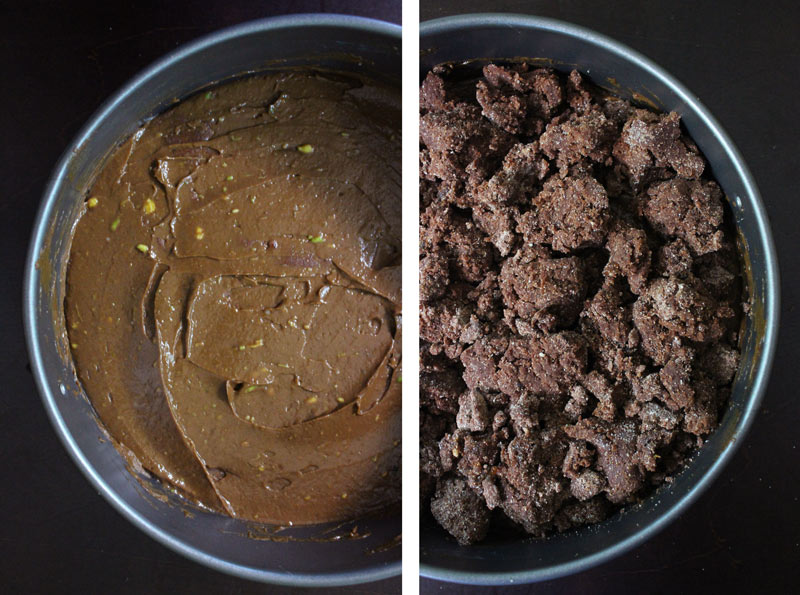 After that, there is only 2 more layers of cake batter and frosting. 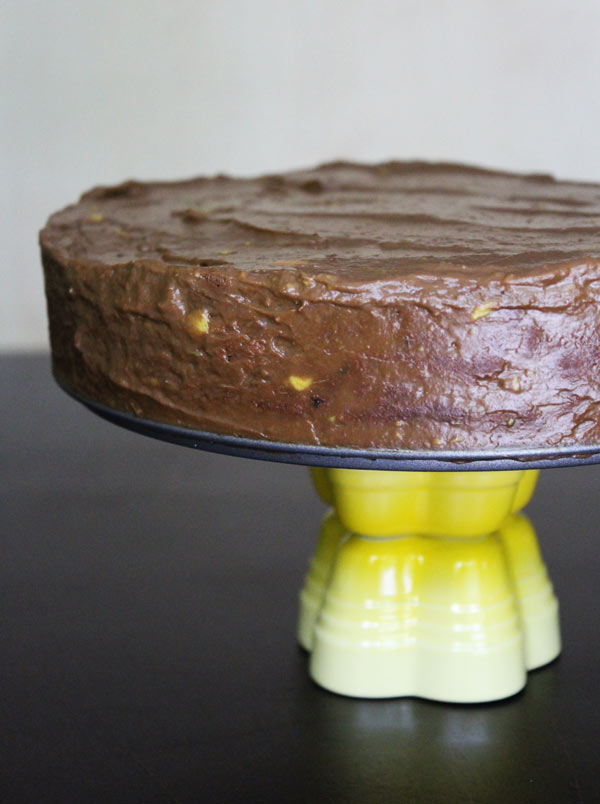 After you’re done frosting the cake, you’ll leave it in the fridge for about an hour and it’s ready to eat! You could put in the freezer if you’re in a hurry to taste your creation! 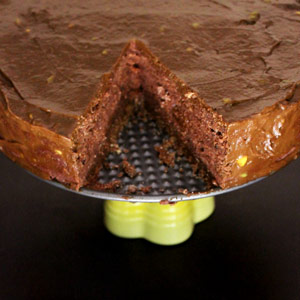 Store with a lid in the fridge for up to 5 days.