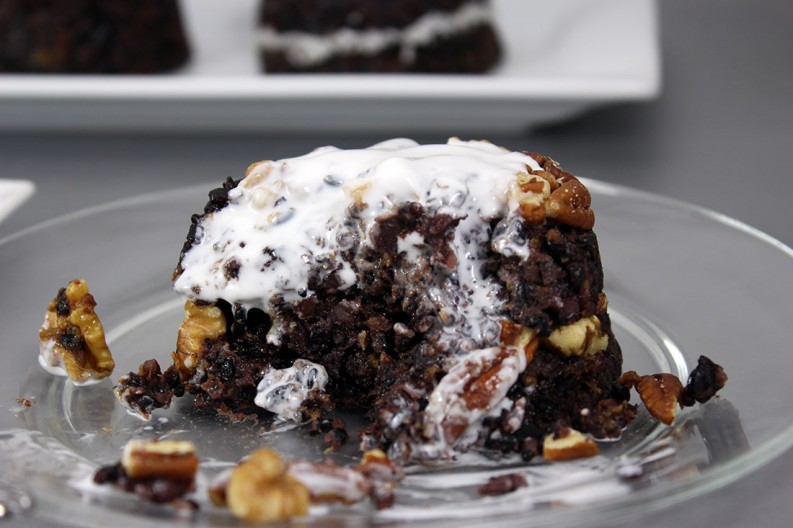 Eight treasure rice pudding is a traditional Chinese New Year rice pudding, sweetened with dried fruit and smothered in coconut cream. I fell in love with this dish at first bite and decided I had to make a vegan 8 treasure rice pudding recipe that was not only dairy free but also sugar-free. This is a much healthier version but it tastes just as good! My friends from China approves this recipe, so it must be good! 😉

Happy Chinese New Year to all the Goats/Sheep! 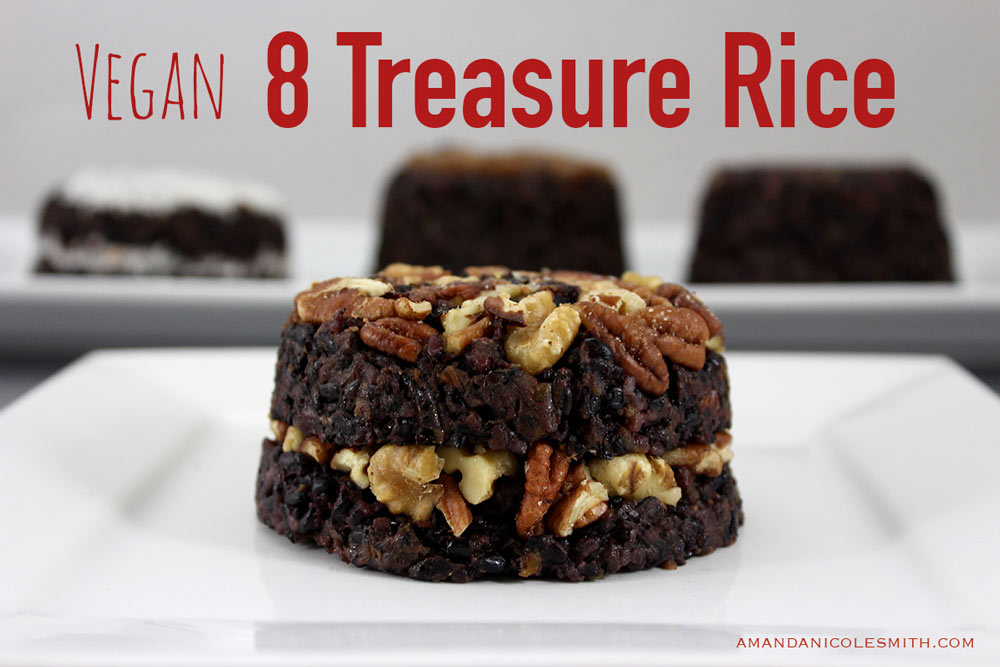 This vegan desert is really easy to make, especially with a rice cooker! The toppings, other than coconut cream, is where you can get adventurous! My favorite topping of all is my vegan caramel sauce…oh my heaven!! The nuts were pretty good too, but I eat a lot of nuts in other dishes, and so I refrain from the unnecessary. I also made one layered with shredded coconut but it was next to the caramel covered 8 treasure rice, and there was no comparison. The caramel topping with the coconut cream is too good…

Traditional variations of this dish include jujube dates also known as Chinese dates or dried red dates, lotus seeds, butter or lard, candied fruits, winter melon, red bean paste and a sugar glaze. I decided to Americanize this dish to make it more easily available to those of you who have never heard of jujube dates; which by the way can be found at almost any asian store. The ingredients in this version can be found at any health store such as whole foods. 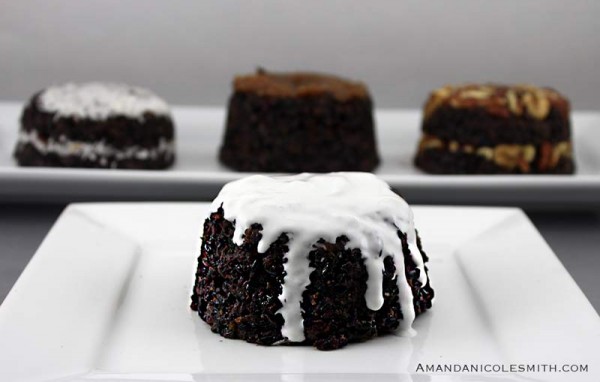 When I first tried this dish it was made from purple sticky rice and processed sugar. It looked like the picture above. I couldn’t tell if there were any other ingredients because it was all mixed within the rice. They also gave you the coconut cream to drizzle over, but it appeared to be mixed with corn syrup. At that point I was hesitant to try, but my Chinese friends insisted I try it anyways, and so I did. I loved the texture and the simple concept, however I could tell the ingredients were unhealthy and so I couldn’t truly indulge and be satisfied.

When I searched for the recipe I found a bunch of recipes with white sticky rice and large fruits decorating the outside. The one I had was definitely not as fancy!

I went to whole foods and noticed in the bulk section they had forbidden rice, which looks black uncooked. I also found purple thai rice, which is black with multi colors of browns. I decided to try both and they actually worked quite well, they both turned purple and they both were sticky; except the forbidden black rice was stickier and sweeter, the clear winner.

Forbidden rice is unlike any rice I have ever eaten. By itself it has this unique sweetness and a flavor I have never tasted before. White rice doesn’t even compare! The forbidden rice makes this dish truly divine! 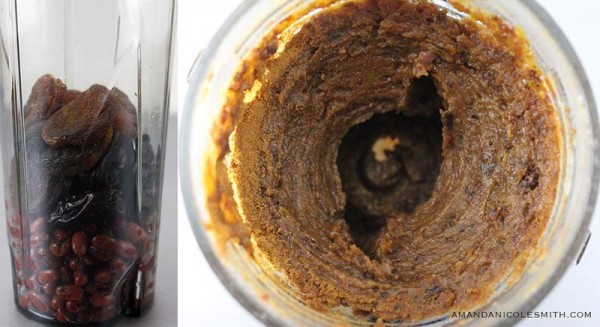 Although the rice by itself is good, to make this a dessert we must mix in some type of sweetener to the rice. Instead of using processed sugars and candy fruits I decided to blend together all of my fruits, beans and spices to make a fruit and bean paste. Any fruit can be used but I decided to go with a fruit that I don’t really like by itself but because it’s good to eat a wide range of foods I decided to skip the medjool dates and go for the prunes and apricots. Surprisingly it turned out way better than I imagined. I also noticed that the traditional recipes didn’t have any spices that I could tell; I love cinnamon and vanilla bean so I decided to add them in, but that’s going above and beyond! 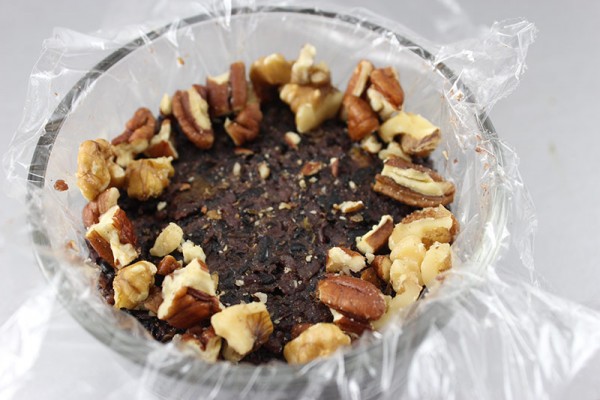 As far as assembly goes, it couldn’t be easier. After the rice is steamed and the fruit and bean paste is made, you mix it together and decorate.

I lined my bowls with plastic wrap for an easier dismount but it should come out fine without plastic wrap as well.

Pack the rice firmly and start decorating in layers with nuts, caramel, shredded coconut or extra fruit and bean paste. 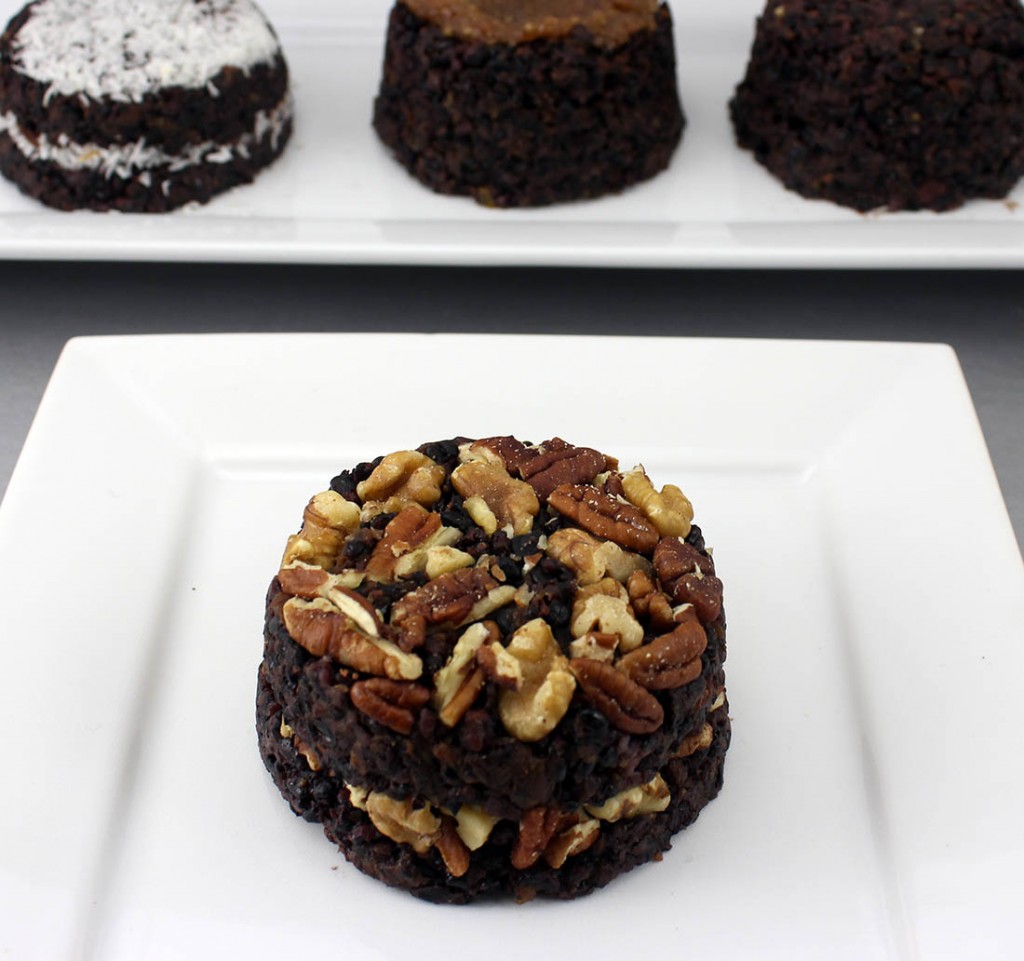 I decided to make single serving sizes and make different variations but you could make a large one with all the same toppings.

After you’ve finished decorating carefully flip the bowl upside down on a plate and drizzle with coconut cream. 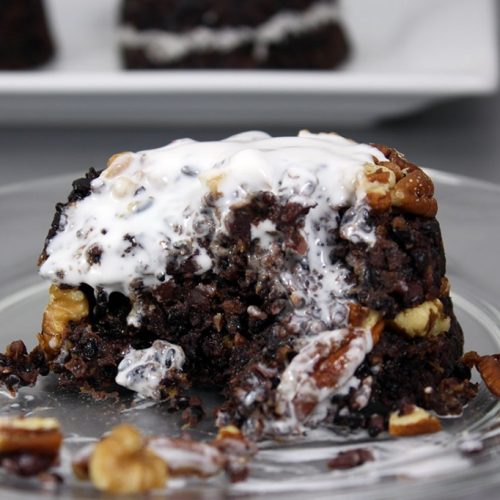 *For optimal heath adzuki beans should be spouted and slow cooked, however canned beans will suffice.
**1 can coconut cream can be substituted for coconut vanilla ice cream. Do not buy the coconut milk in a carton.
I like to refrigerate my coconut milk so the fat separates to the top. I then scoop the coconut fat and dollop it on top of the rice.