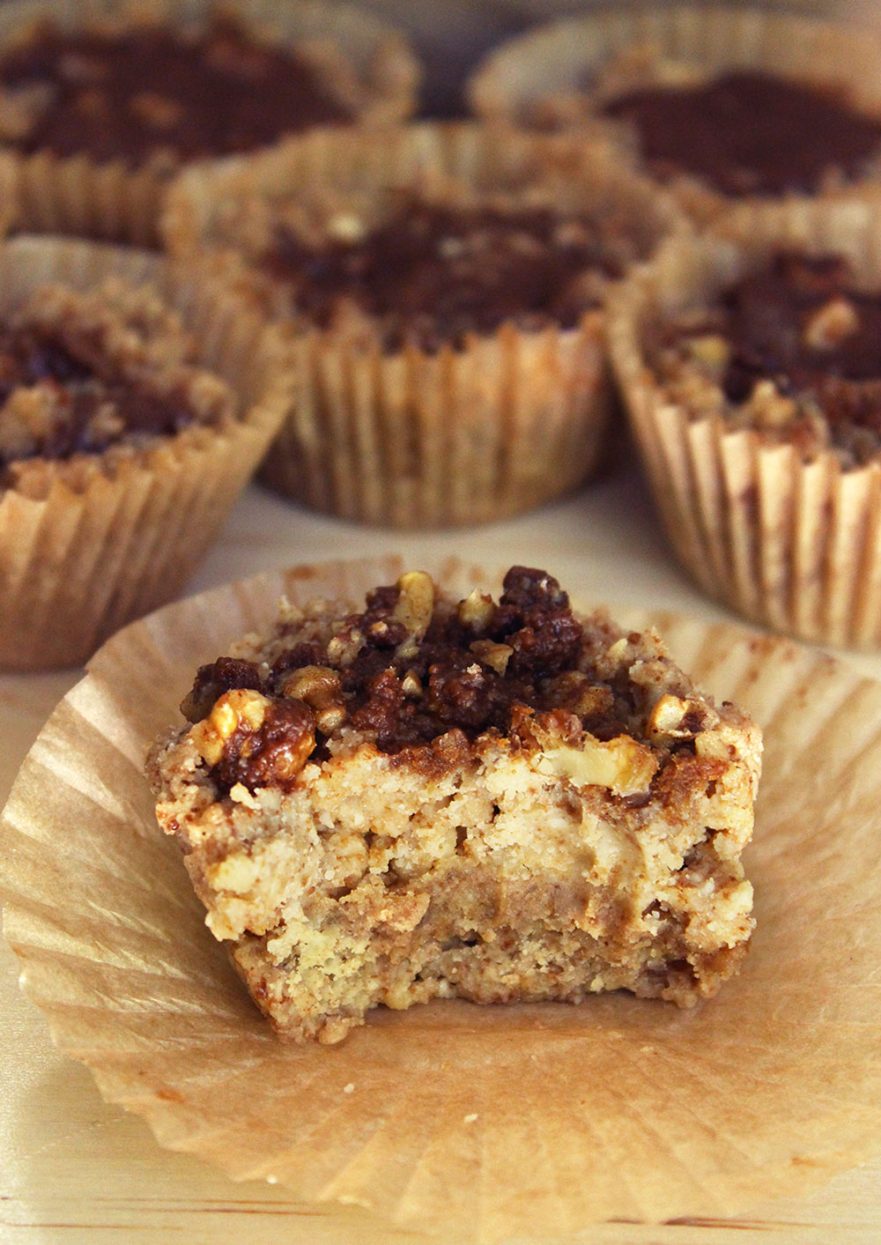 A soft rich cinnamon walnut dough, with cinnamon date filling, and cinnamon sugar icing on top. I guess you could call it a triple cinnamon cake!

This is the dessert that brings together, vegans, raw vegans, meat eaters, paleo dieters, gluten-free eaters, and anyone who loves cinnamon sugar desserts! It’s rare to find a dessert that caters to all those categories!!

Even if these mini cakes fit within a specific diet, doesn’t mean they are the healthiest treats in the world. Yes they use whole ingredients, but they’re also filled with coconut sugar and dates, which may be healthier, but it’s still sugar. So I must say eat sparingly…if you can!! 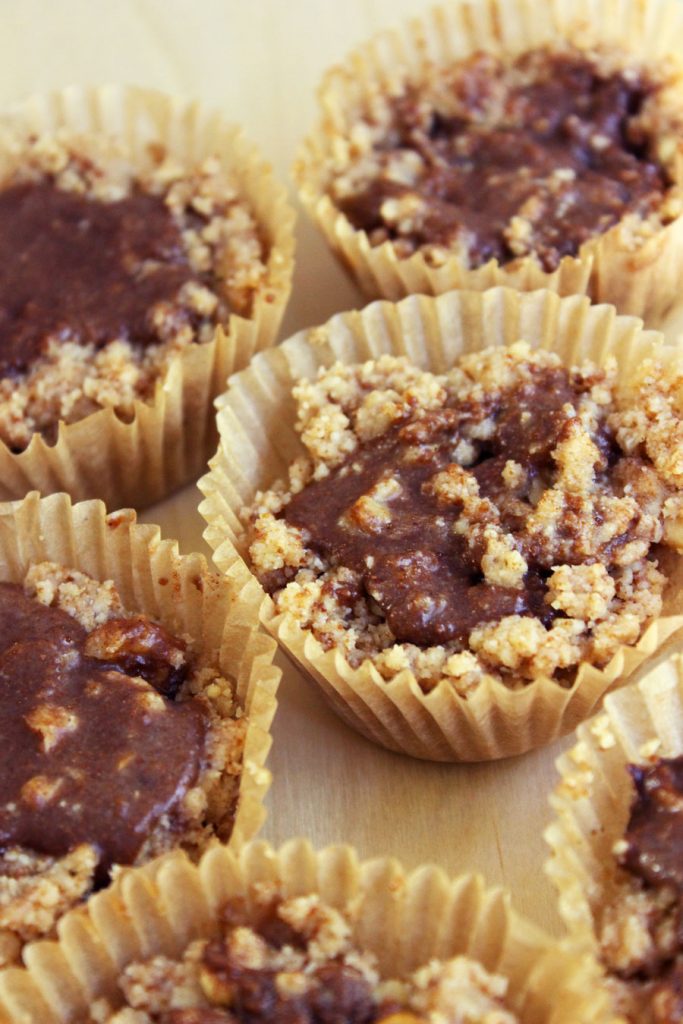 This recipe contains 3 components, the dough, the filling, and the icing. Let’s break it down.

The dough is made from various nut flours, coconut sugar, coconut oil, cinnamon, sea salt, and a flax seed gel.

Although the dough isn’t as fluffy as I’d like it to be, it’s still soft and totally amazing!! I plan on making a serious spongey coffee cake in the near future.

The walnuts bring a rich flavor and texture, so they over power the other nuts with their delicious oil. Other flour in this recipe include cashew, almond, and coconut flour. You could use one or the other, cashew or almond flour if you don’t have both. You could also use more of each flour if you want to omit the walnuts or coconut flour. I love blending flours because they each add something to the texture and flavor. 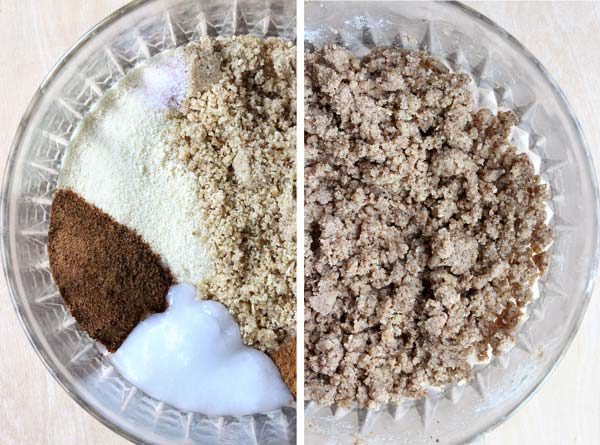 I used pre-made almond flour; for some reason it’s cheaper, cashew pieces; also the cheapest option, and splurged on the whole walnuts which were a whopping $12/pound. I don’t buy too many walnuts or pecans these days because of their exorbitant prices, besides, there are many other good options.

If you buy whole nuts, all you have to do is blend them until they are fine, you may after to intermittently scrap the blender was to get all the big chunks, but overall it’s easy to make fresh nut flour.

To sweeten the dough I used coconut sugar, it’s reminiscent of brown sugar, and oh so delicious. Rest assured it tastes nothing like coconut.

To mold everything together, I used a little coconut oil, and a flax egg made with coconut milk instead of water, only because I had just made a fresh batch of coconut milk. 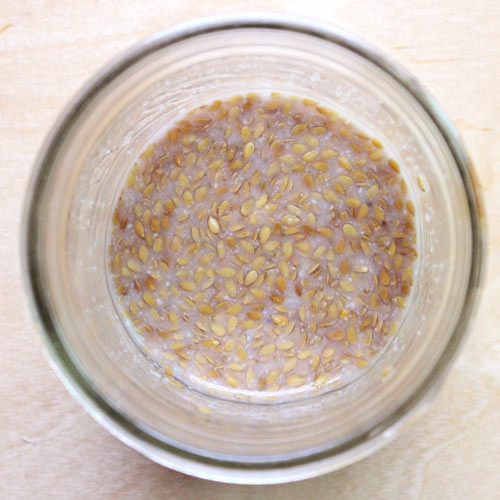 To make things easier you could skip the flax egg and use all coconut oil, especially if you like coconut flavor and a fudgier texture.

Either way the dough will be soft and fluffy, not to be mistaken with spongey though. After putting a spoonful of dough in the cupcake liners, I smeared on a layered of cinnamon date filling, then topped them off with another spoonful of dough.

I ended up making 10 mini cakes. I’m thinking this amount of dough would fit nicely in an 8in cake pan. 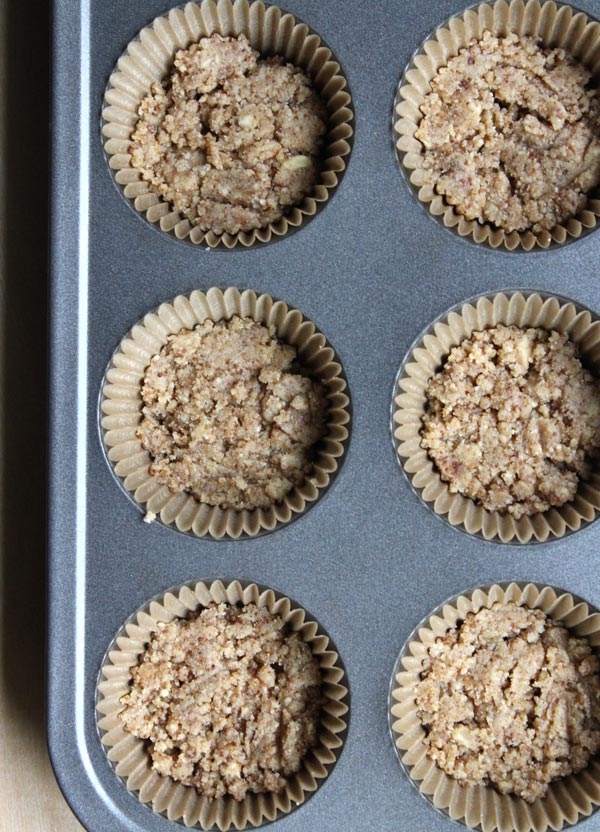 This is a very easy blend of dates, cinnamon, water, and a little flax egg to make a rich cinnamon sugar filling.

You can’t see the filling in the picture because I used coconut oil in the filling instead of the flax mixture and the colors blended together. Next time I think I’ll use the flax egg, because it plumps up the filling without using more sugar and fat, and it won’t harden like coconut oil when refrigerated. 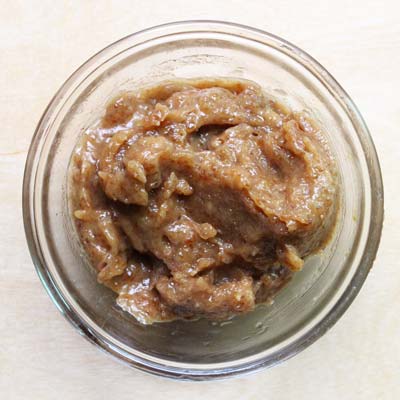 Did you know that most of the cinnamon sold at the store is made from Cassia, a cinnamon poser. True cinnamon has a bit more of that cinnamon spice, whereas cassia is a little bit sweeter and has barely any spice. They also say that cassia can mess with your liver. If you can find it in your bulk spice section, go with ceylon cinnamon. 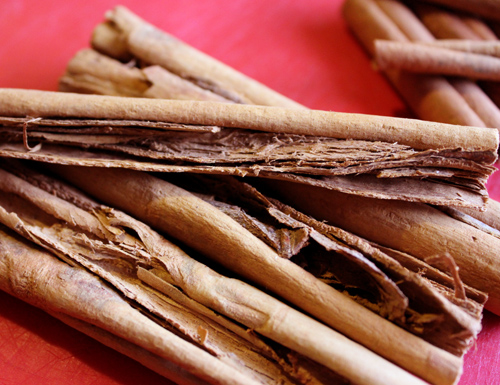 Just a simple mix of coconut sugar, cinnamon, liquid sweetener like coconut nectar, and a little coconut oil so that it hardens. I also added some roughly chopped walnuts, it’s so yummy!! 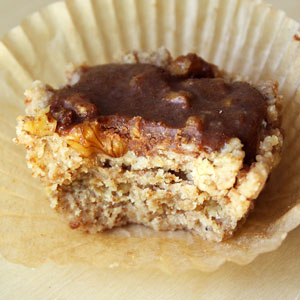 Store for up to 7 days in an airtight container in the fridge.