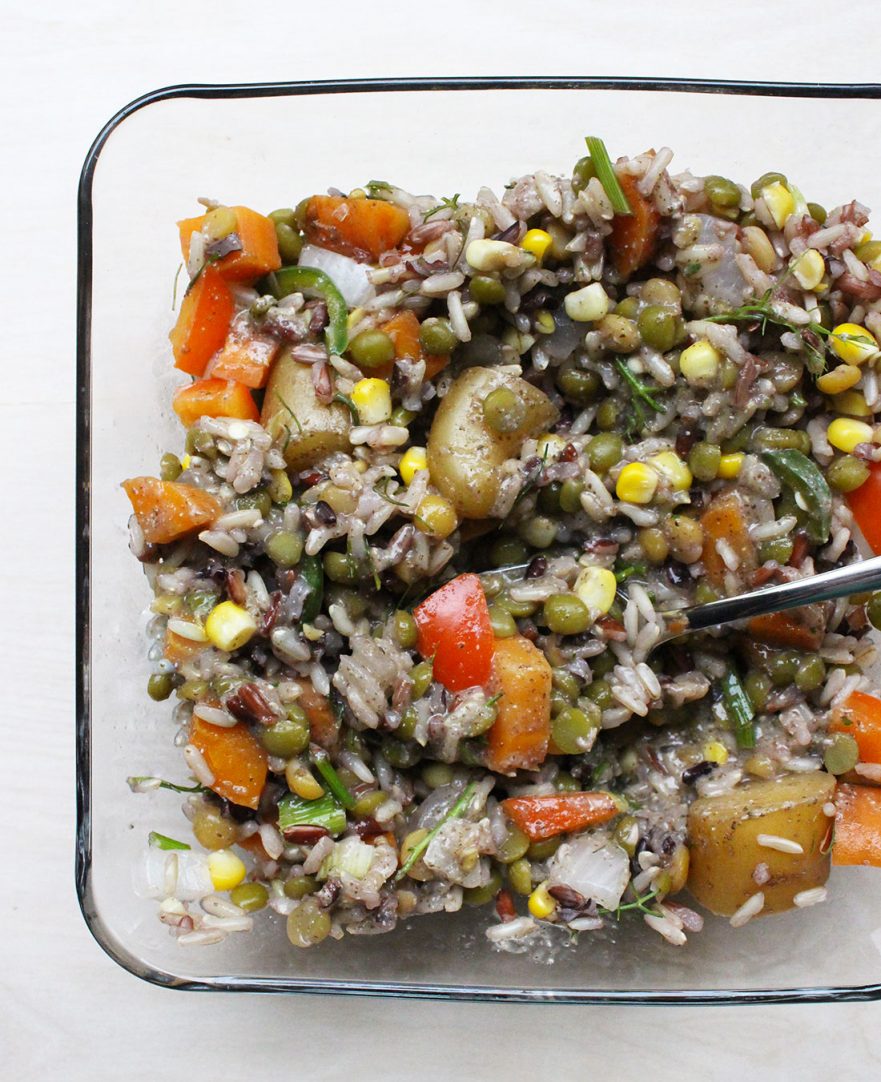 This is a dinner for the days where you need a quick and easy healthy meal that is full of flavor! My idea of a healthy dinner is one with a whole grain, lots of veggies, spices and herbs, and a healthy fat. For me it’s that simple, I know I’ll feel my best if I get all of those food groups in one meal.

This is also one of those meals that is easy to add meat to, especially for those of you who cook for family members that are not keen to no meat dinners. 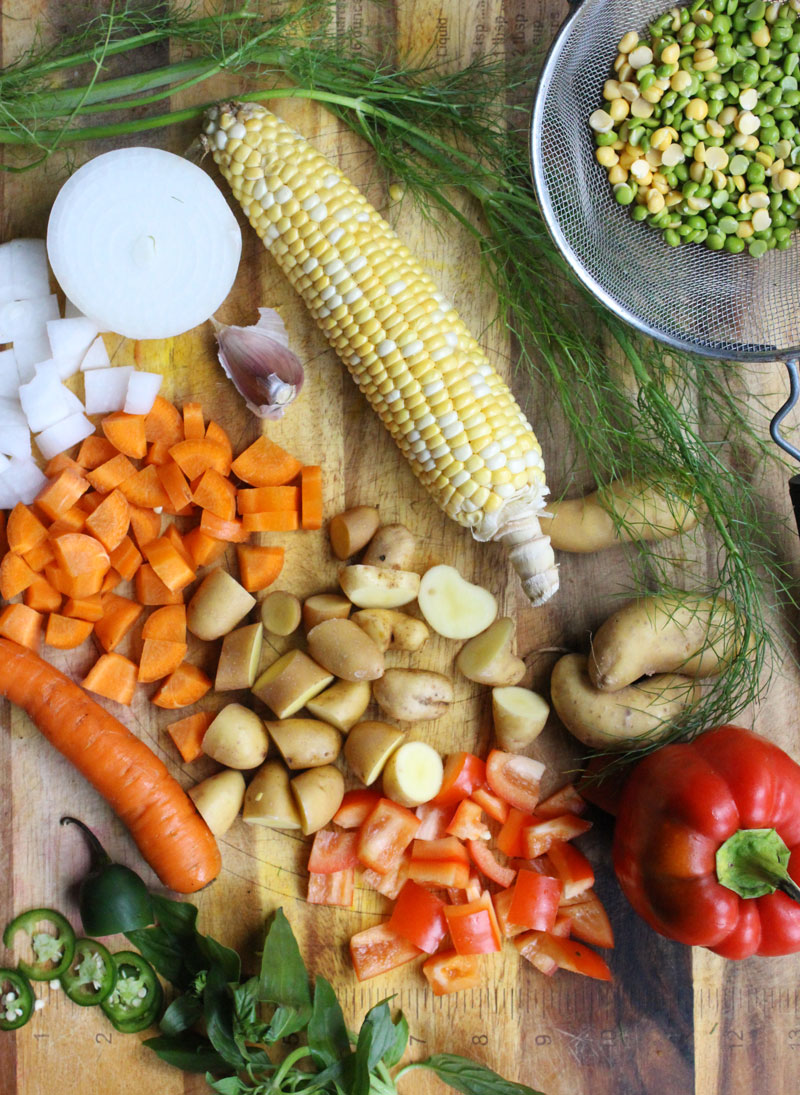 One time, and one time only, was I able to find fresh peas at the farmers market. Fresh peas are delicious and if you can find them I totally recommend using them!

If what I’m about to share with you seems daunting, you can omit the peas and not even worry about them.

The next best option after fresh peas is reviving dried peas to life again by soaking and sprouting them. I’m not a fan of frozen veggies, however frozen peas are an option as well.

Soaking and sprouting also enables me to cook the peas and rice at the same time. I used both yellow and green split peas, as shown above in the strainer, soaked them overnight for 8 hours, then rinse and drained them in the morning and again before I threw them in the rice cooker for dinner.

I really thought because they were split, they wouldn’t sprout, but sure enough they sprouted little tails! It only took about a day because I keep the air conditioner off most of the day, so on hot days it’s about 80F degrees, which accelerates their growth. Usually they’ll sprout in about 2 days.

Dried beans and peas can be hard to digest because of their anti-nutrient phytic acid. When you cook peas or beans, you’ve probably notice the foam and bubbles that are released, you have to continually skim it off the top as much as possible to get rid of it. When you soak the peas you’ll also notice the fizzy foam, but instead you rinse and drain it all away before cooking. Learn more about phytic acid here.

In short soaking and sprouting your peas will rid them of phytic acid, make their nutrients available for absorption again, and cut down their cooking time so they can cook together with the rice. 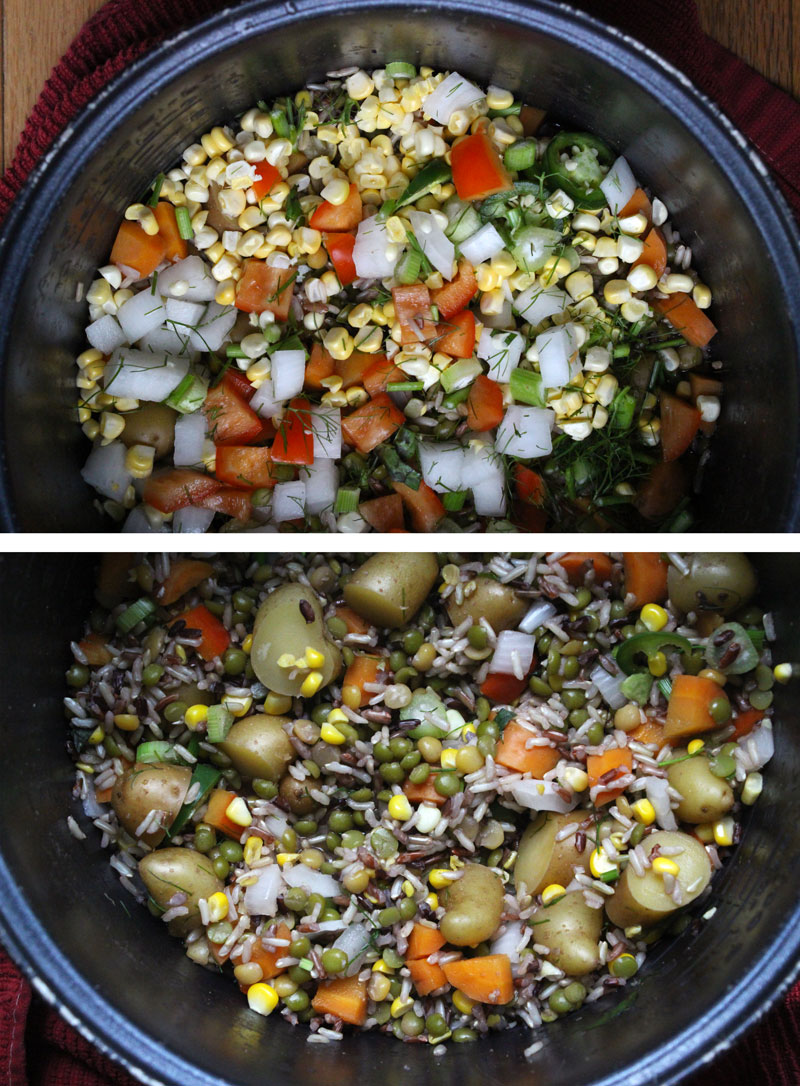 Once the rice and peas come to a boil and the heat is turned down to low, I add in my roughly 1in cut potatoes. About 5-10 minutes later I’ll add in slightly smaller 1/2in cut carrots. Once most of the water is gone about 10 minutes later, I add in my softer veggies bell pepper, onion, fennel, hot peppers, and corn and let them steam on top of the rice.

My dinner theme for the past couple of years has been a combination of cooked and raw elements. I love raw sauces, the flavor of raw spices and herbs is something I thought would never work, but I love it even more than cooked sauces because the flavor is so abundant and fresh! Plus if you were to research the benefits of each individual spice and herb, you’d would find that fresh herbs have many incredible benefits.

Not only do I love the taste of fresh raw sauces, they’re also much easier to make than cooked sauces, as it usually only requires a blender.

Today’s raw sauce is gravy made from chia seeds soaked in coconut milk, along with tamari/soysauce, garlic, sage, rosemary, oregano, mustard seed, fennel seed, fenugreek, cinnamon and peppercorn.  Also because we like it a little sweet, I added a tablespoon of coconut sugar; it basically tastes like I added brown sugar. 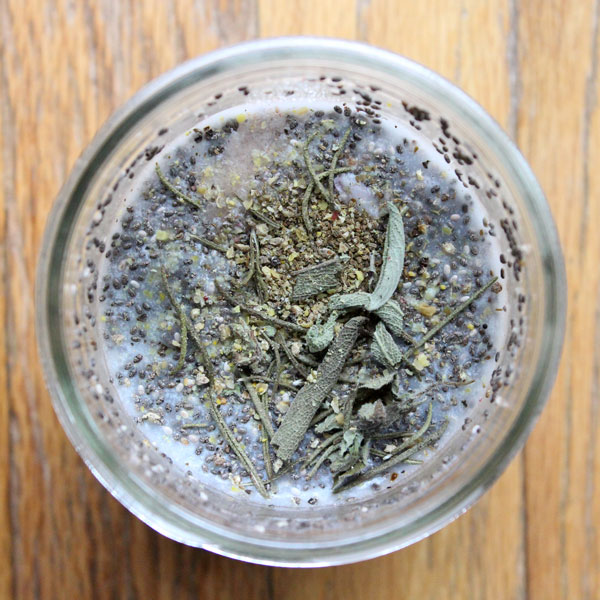 The chia seeds gel up in the coconut milk emulsifying all the ingredients into a gravy texture. Once blended up it will be deliciously thick and smooth. 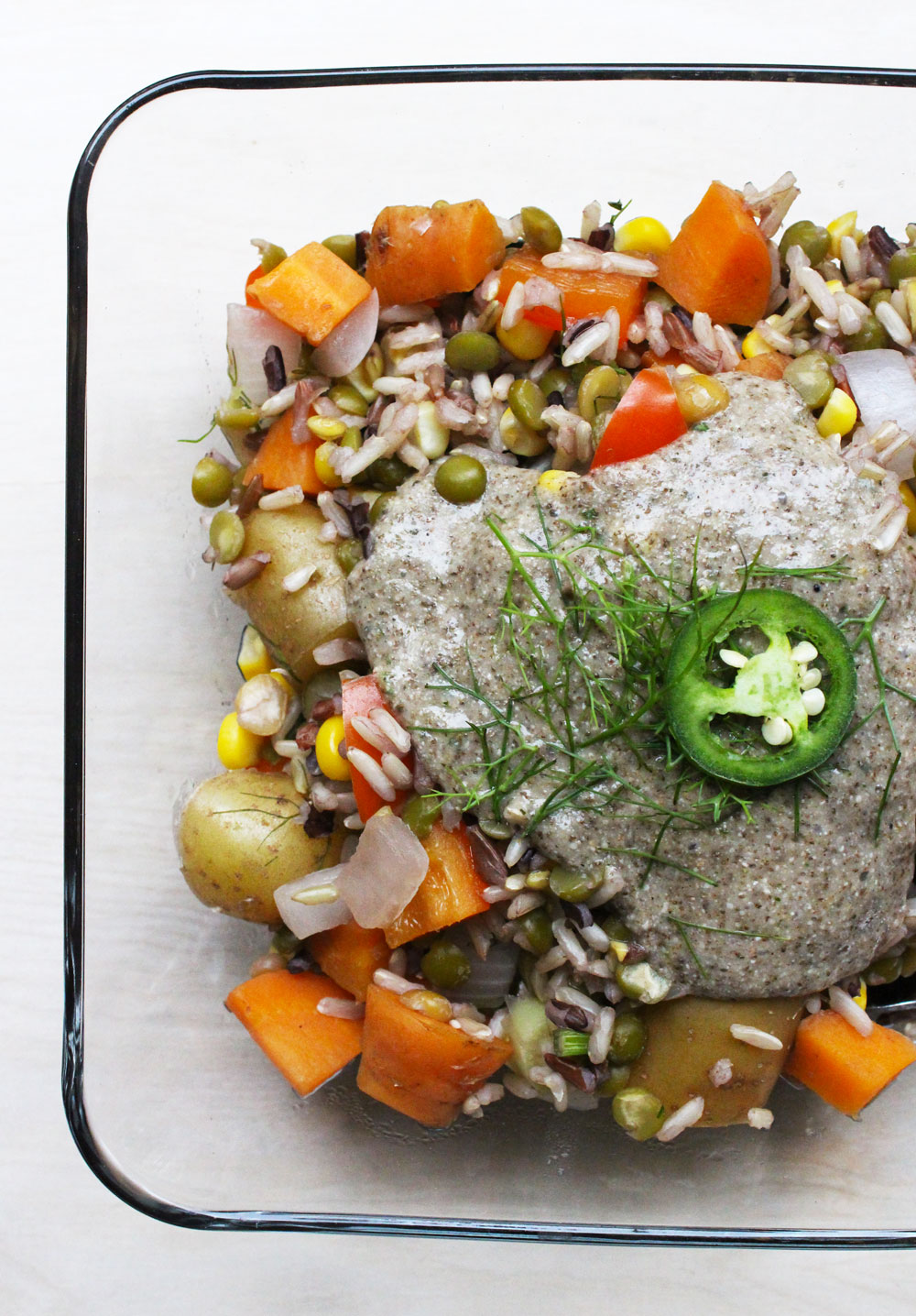 Any rice will do, I used a blend of brown, red and black rice. I suggest buying them individually in the bulk bins. Brown rice is usually under $2/lb and black rice and red rice are usually under $3. If you buy the premixed country blend rice, it’s likely going to be about $4.99/pound and it’s mostly brown rice. Why pay extra? I can mix it myself. 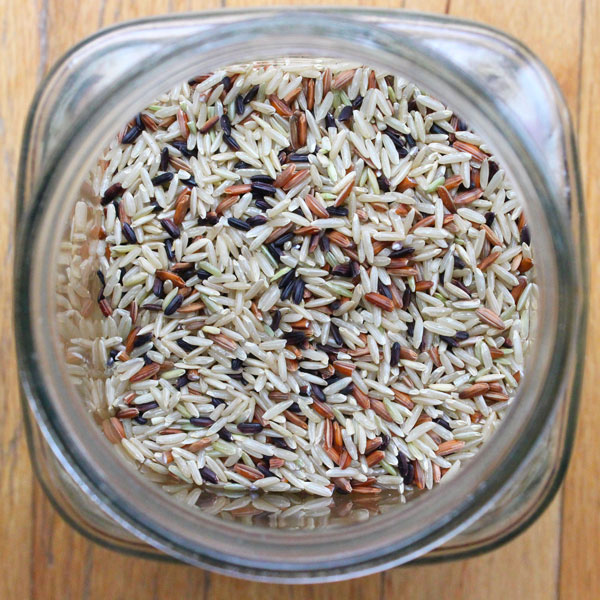 Hope you enjoy this veggieful dish, let me know how you made it your own down below! 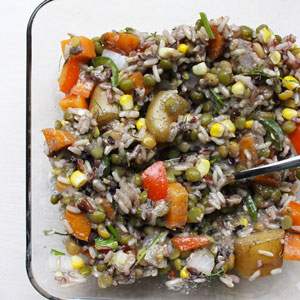