Crisp and crunchy sour dill pickles, lacto-fermented in a salt brine with spices and herbs. In the end these pickles will be loaded with beneficial probiotic, lactobacillus, hence the name lacto-fermented.

Probiotic pills/capsules can get expensive. Making your own fermented foods is much cheaper, and lacto-fermented pickles have 100 times more probiotics than a pill!

I started making pickles in 2012, shortly after going completely raw vegan. I was in full detox mode, as I had been filling my body with processed food my entire life, and my gut was in bad shape. Creating dishes that were familiar to the ones I ate growing up, helped me get through this incredibly challenging experience.

Pickles have always been amongst my favorite snacks, every time I eat them I can’t help but to sing the Little Rascal’s “pickle song”…” I got two pickles hey hey hey!” I’m such a dork. 😛

At first the task of fermenting seemed daunting, to say the least; but after buying the book “The Art of Fermentation” I gradually came to understand… well… the art of fermentation. There are many different fermenting techniques and flavors to accompany the dill, today I will be showing you a basic recipe with basic fermenting techniques, and from their you can choose to use different spices and herbs to suit your preference. 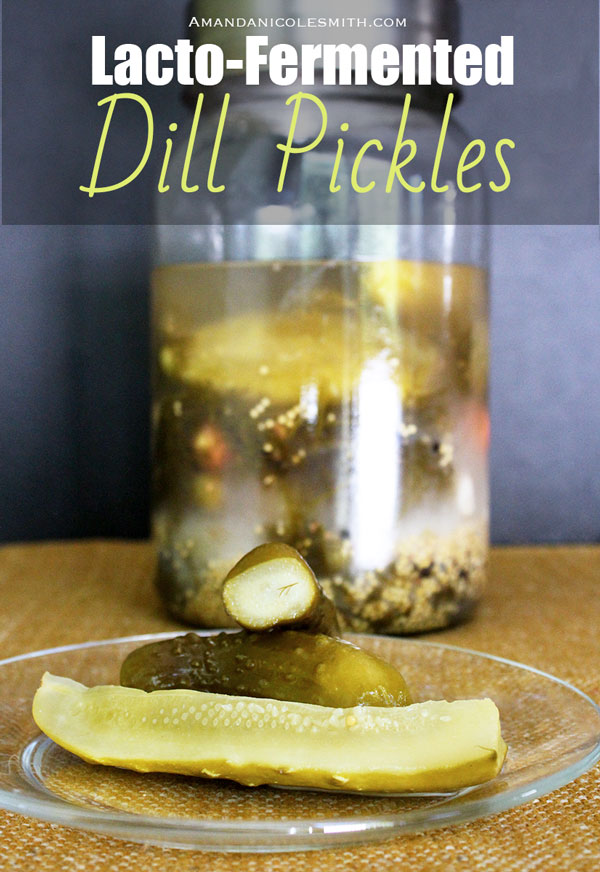 How to Pick The Right Pickling Cucumbers

Buy Them From The Farmers!

I always buy my pickling cucumbers at the farmers market for two major reasons:

Pick The Smallest and Wartiest of Them All

The smaller pickling cucumbers have warts, if the pickle is turning yellow and does not have warts, it means it is over ripened and probably has more seeds than preferred. 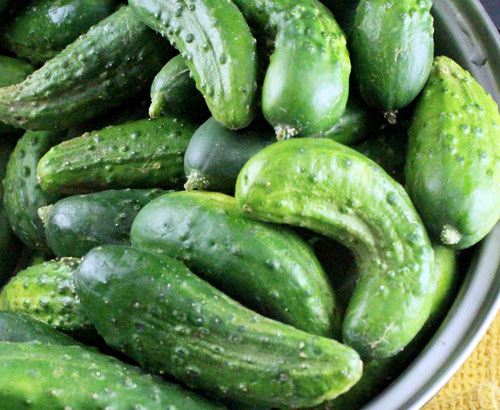 How to Keep Pickles Crisp

There are three prominent techniques I like to use, to ensure crispy pickles. 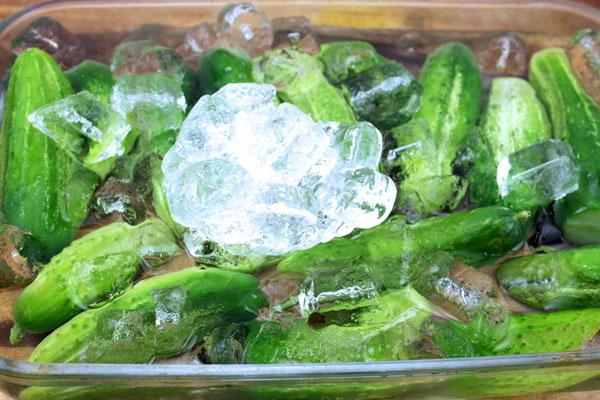 How To Ferment Pickles

Here are a few things to know about fermenting pickles. 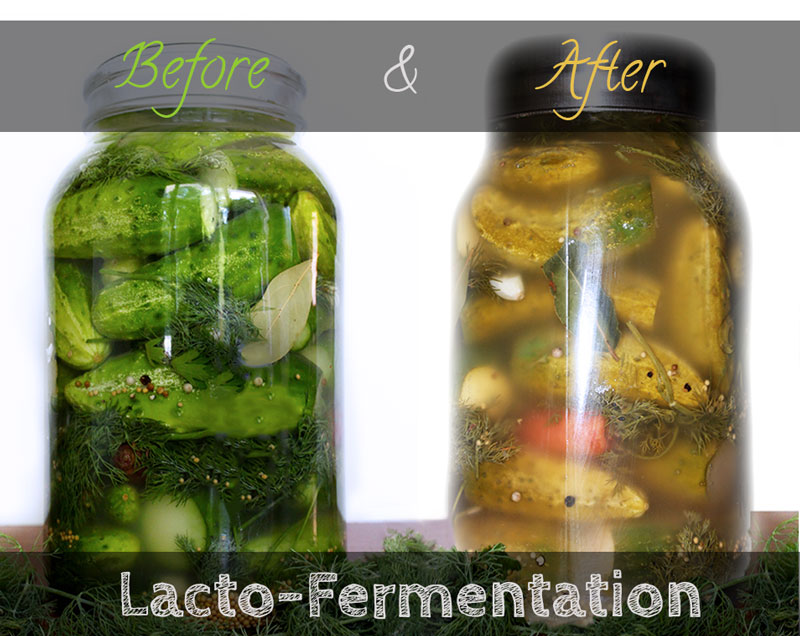 When Are The Pickles Done?

Why Are My Pickles Cloudy?

Learn more about why your pickle brine is cloudy.

If you see or smell any mold, toss it. I would not suggest only throwing away the infected area, I would toss the whole thing, and start again.

Mold can occur from any of the following:

Crisp and sour dill pickles fermented in a salt brine with spices and herbs. In the end these pickles will be loaded with beneficial probiotic, lactobacillus
Prep Time20 mins
Servings: 5
Author: Amanda Nicole Smith

Depending on your circumstances pickles will take anywhere from 1-4 weeks to ferment.
Pickles will store in the fridge for at least 4 months if fermented correctly. Although I always recommend eating them within the first few months.