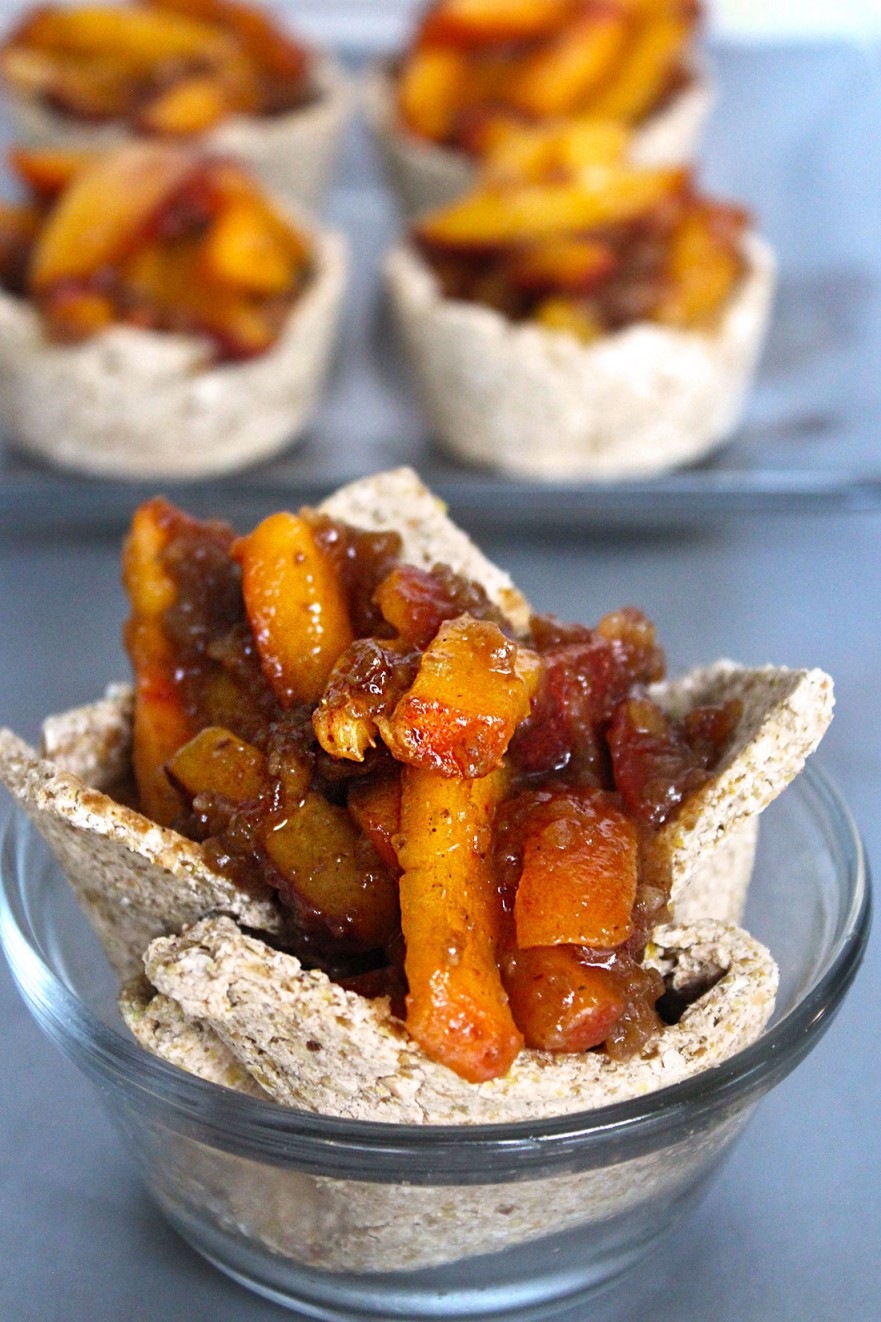 I decided to make use of my recent sprouted pastry dough recipes and make mini raw vegan peach pies. Peach season is coming to a close, so snatch any peaches left and make these pies! 🙂 Of course you could always substitute the peaches for apples, since they are in peak season.

In the last couple of weeks I posted two different sprouted raw vegan pastry doughs, which double as pie crusts, the first sprouted wheat berry pastry dough, and the second sprouted buckwheat pastry dough. They both use almond flour, so for those of you with nut/legume allergies, I decided to experiment making these crusts with coconut flour instead. In conclusion, coconut flour works just as well as almond flour! 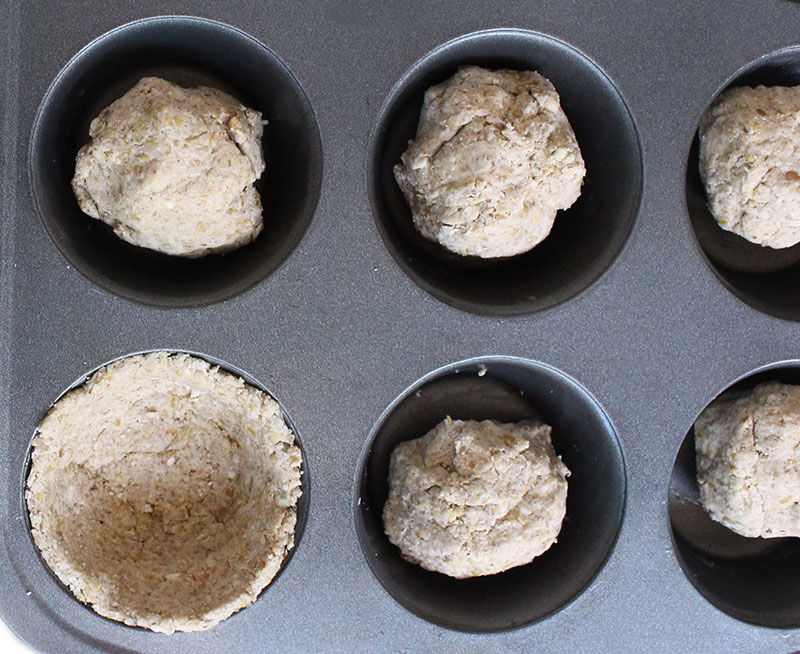 I won’t elaborate on how to make the crust, since I have already done so on the individual dough recipes. Basically you soak the buckwheat, rinse and drain a couple times a day until it sprouts, and blend the buckwheat with the flax seed, coconut flour, coconut sugar and salt. Form the crust however you like, and either dry it in the dehydrator where it only takes about 1 hour and 20 minutes, or dry it in an oven at it’s lowest temperature; time varies.

You could also use the sprouted wheat berry crust if you are not strictly gluten-free.

The only thing left to do is make the fruit filling, in this case peach filling. To get that sweet gooey inside that binds everything together, I use date paste, aka dates mixed with water, add to that the cinnamon, vanilla and salt.Of course any dried fruit can be used to substitute dates, or you can use coconut nectar or agave instead. Lastly just hand mix the date paste in with the peaches, put it in the pie crust and either eat as-is,  warm it up in the dehydrator or oven, or store both parts separately. 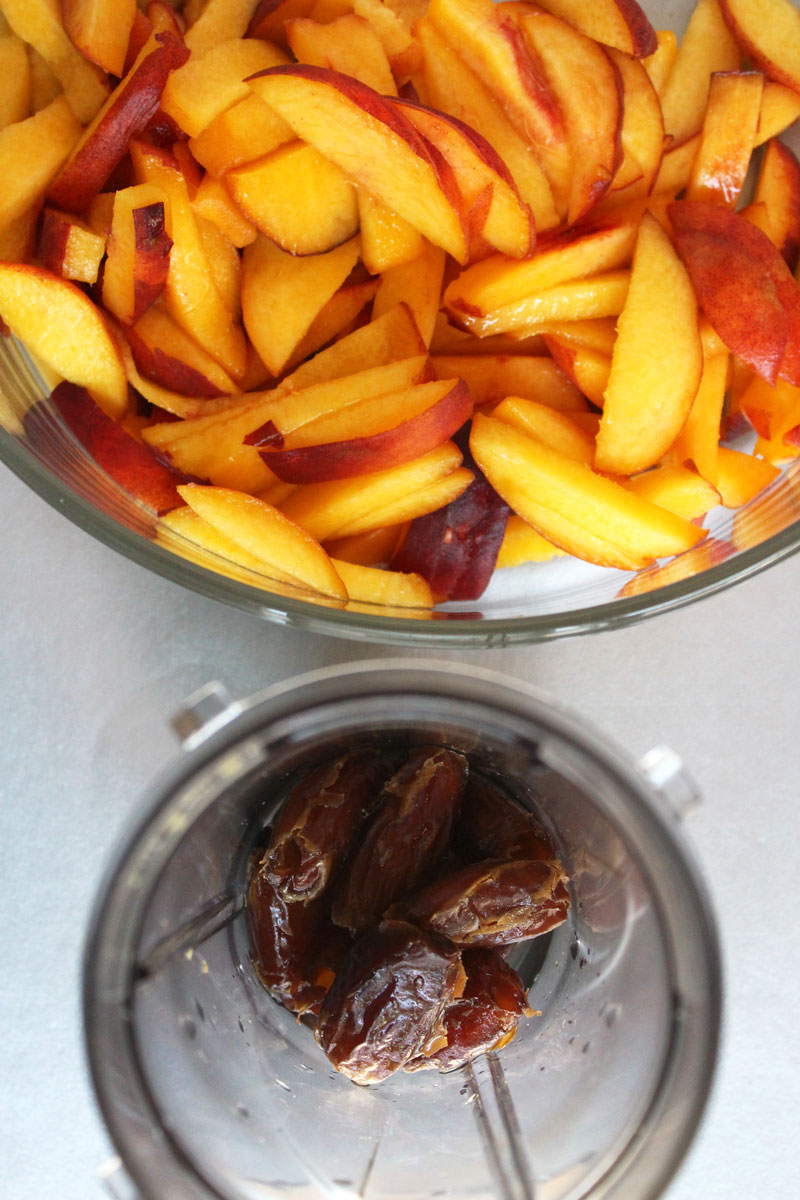 I love the mini crusts, they are so easy to take on the go. The crust when thoroughly dried is very crispy and durable. However, when you add the fruit filling and store them in the fridge the crust can get soggy within 2-3 days. To make it last up to 7 days, store the filling and crust separately. 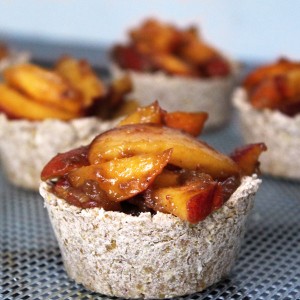 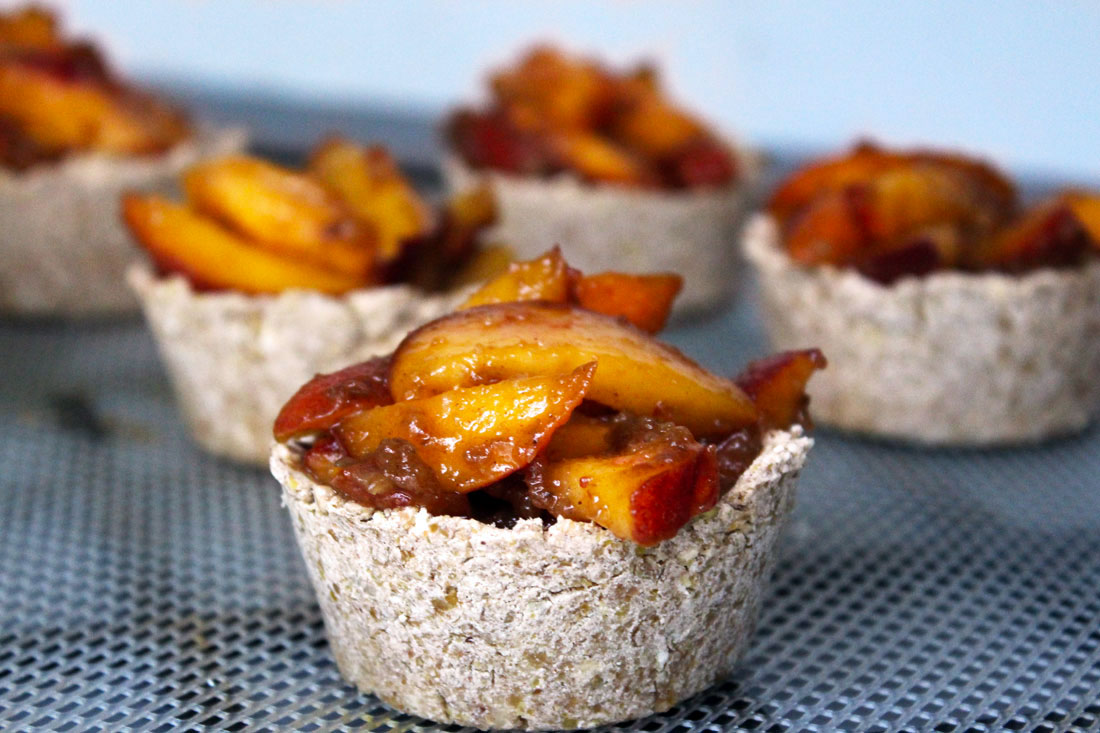