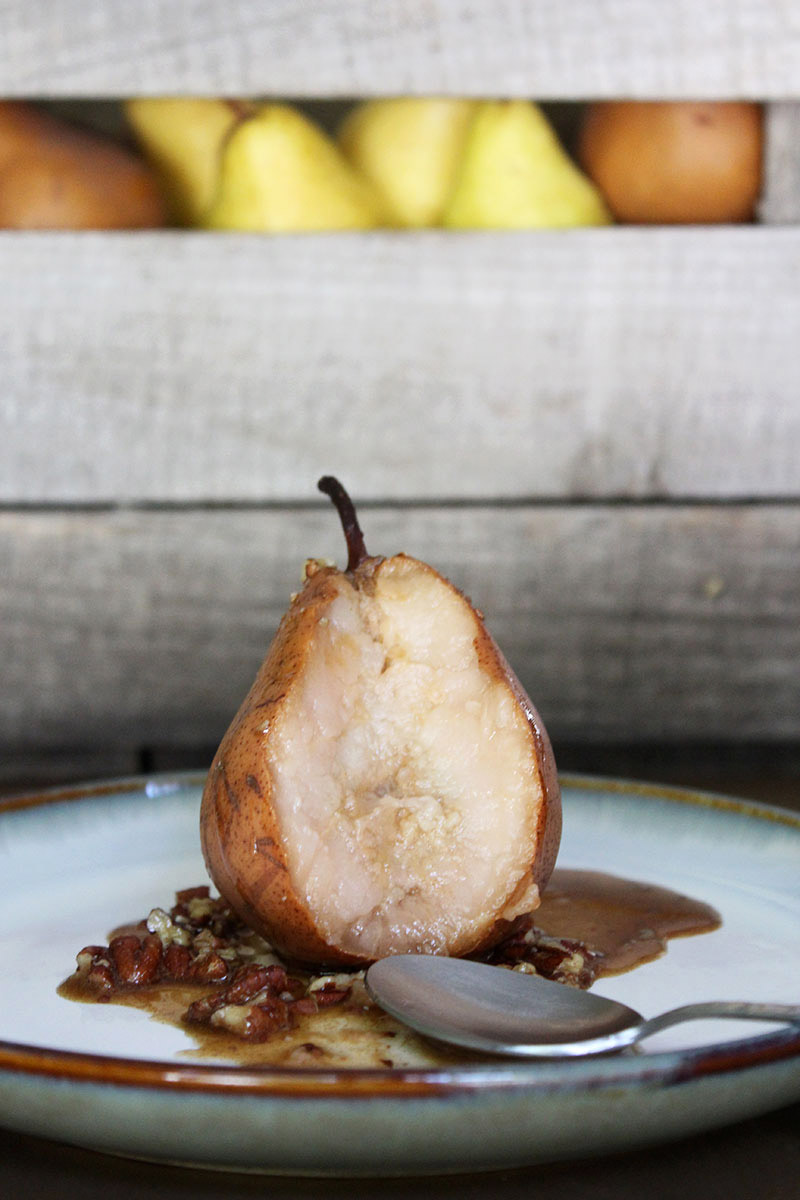 I bring you one of my favorite fall time breakfasts, dehydrated pears drizzled with maple syrup, pecans, cinnamon and maca root.

Along with the hundred or so apples we got from the farmers, we were able to mix in a few different varieties of pears as well. They don’t store as well as apples, so we have about 2 weeks to either eat them raw, dehydrate them like the apple wedges, make juice, or as a quick last resort just throw the whole pear in the dehydrator and let it do it’s thing.

This time I used bartlett pears, and dehydrated them at 115 degrees for about 2 hours or until the skin turns brown and the insides become soft and juicy. Once it’s done, as you take a spoonful, it’s sweet juices mix with the sauce, making it even more delicious!

Here is a visual guide to pears that will tell you all about the different varieties you can use.

If you don’t have a dehydrator you can use your oven at it’s lowest temperature, probably for about 10-15 minutes, times will vary so keep your eyes out for brown skin and soft insides. 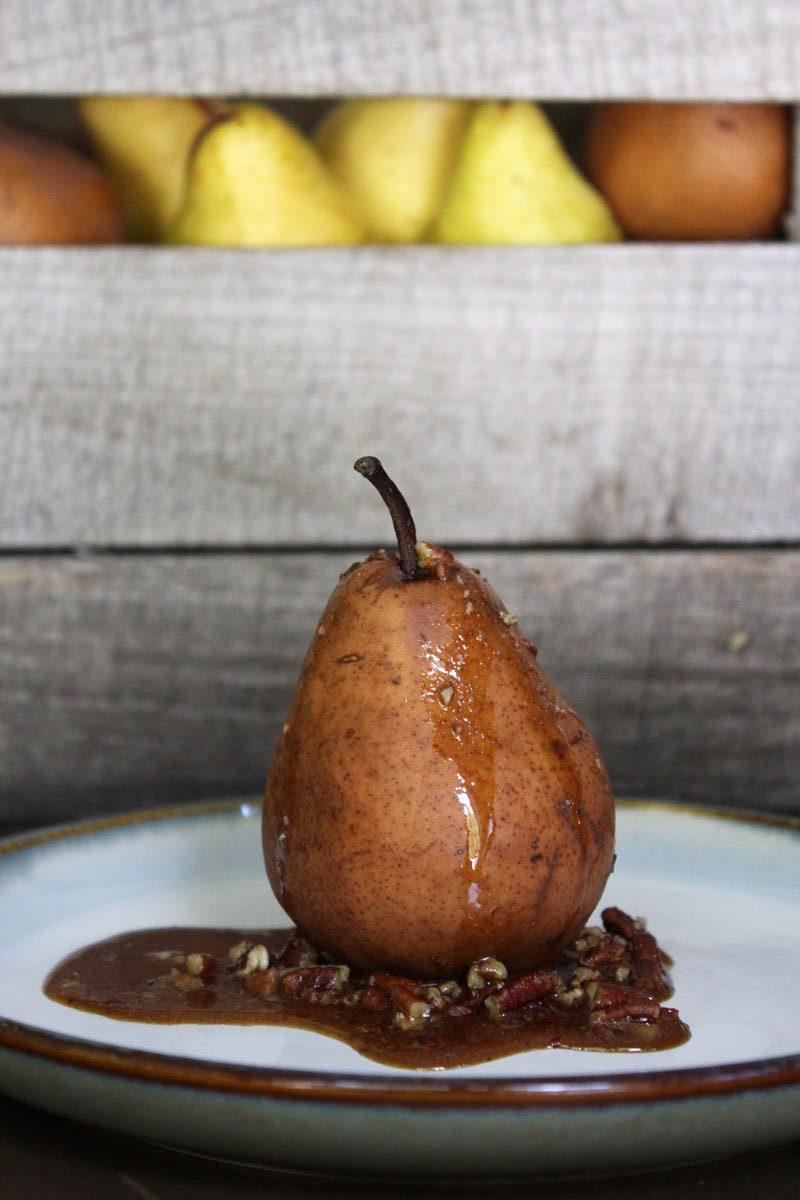 Pears from the farmers are much different from the pears at the supermarket. Pears this time of year, picked by local farmers just days before reaching you, are far more tasty and nutritious than month old pears, at best, from across the country. There are lots of reasons to buy produce local, but that’s a whole other realm of discussion. 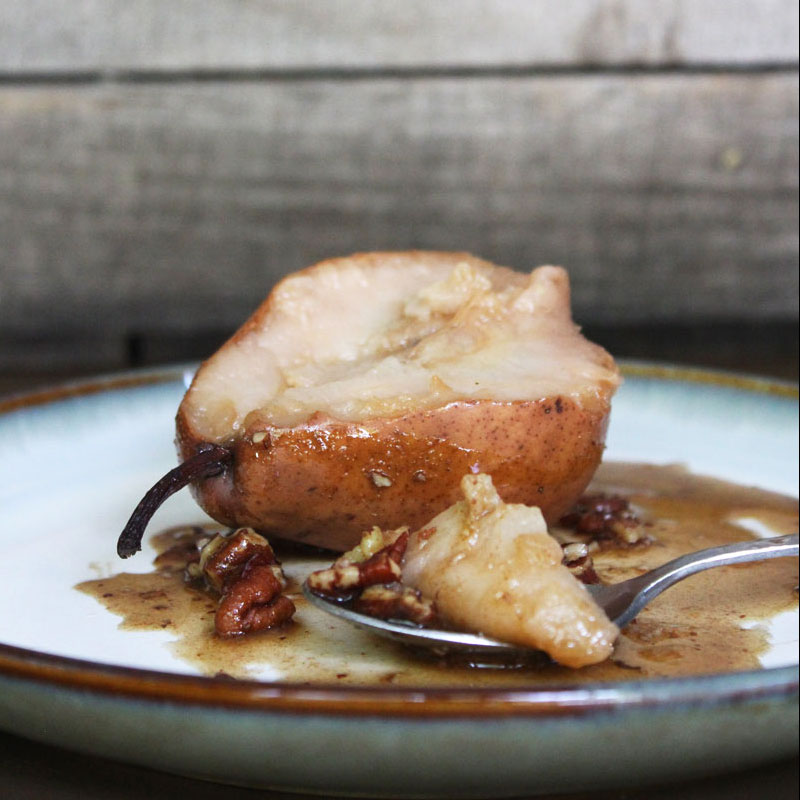 What is Maca Root?

“Maca is a plant that grows in central Peru in the high plateaus of the Andes mountains. It has been cultivated as a vegetable crop in Peru for at least 3000 years. Maca is a relative of the radish and has an odor similar to butterscotch. Its root is used to make medicine.

I like to sneak in maca root whenever I can because it gives you a steady boost of energy, mixed with the sugar from the pears and maple syrup, you’re sure to get a boost in the morning. Maca is normally sold in powder form at many different health food stores. In the picture below it’s the tan powder. I use it in my peanut butter banana smoothies, chewy superfood energy bars, shortbread cookies, sprouted double chocolate protein bars,  sprouted oatmeal, and pretty much any other raw vegan dessert or sweet breakfast. 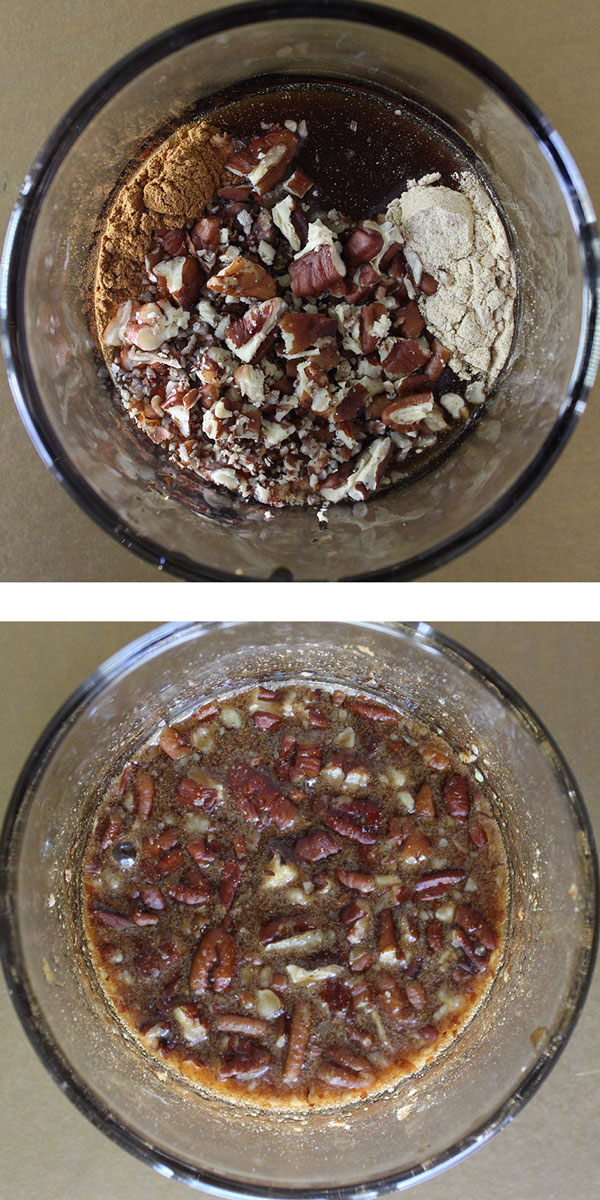 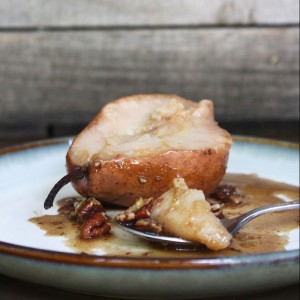 No dehydrator? Put the pears in oven on a baking pan for about 15-20 minutes at it's lowest temperature. Check often.