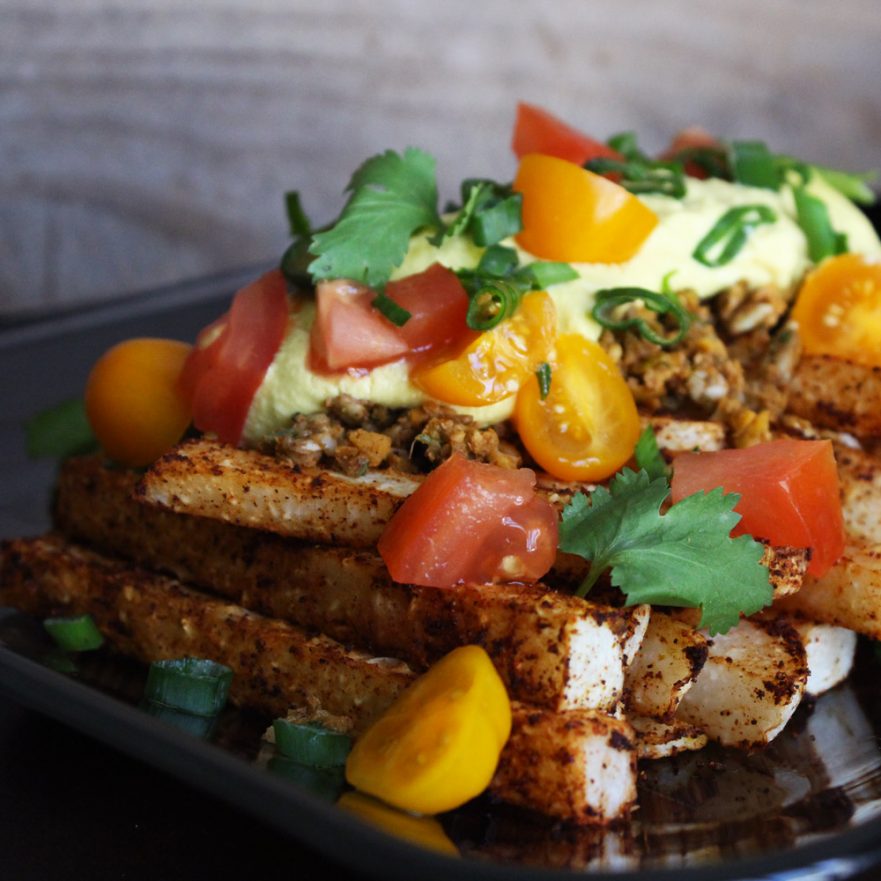 This is a super flavorful dish, sure to impress vegans and non-vegans alike! 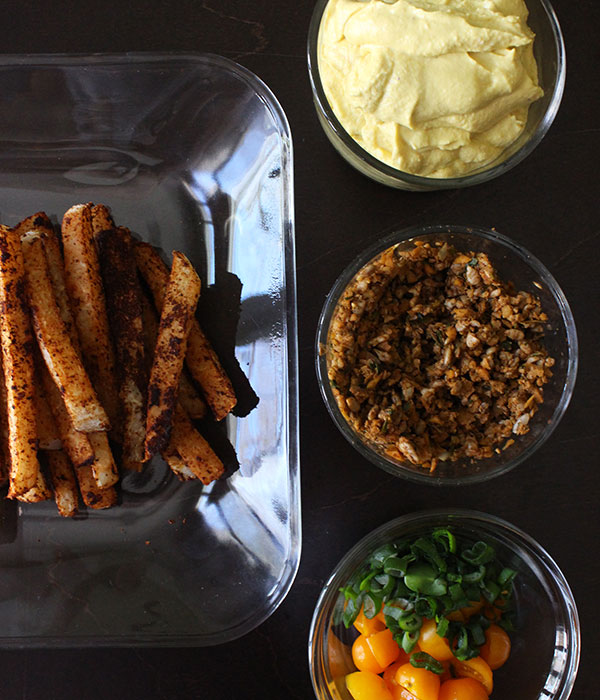 Jicama is like a flavorless turnip, and in this case it’s a juicy, sweet, and non-starchy potato; perfect for fries! 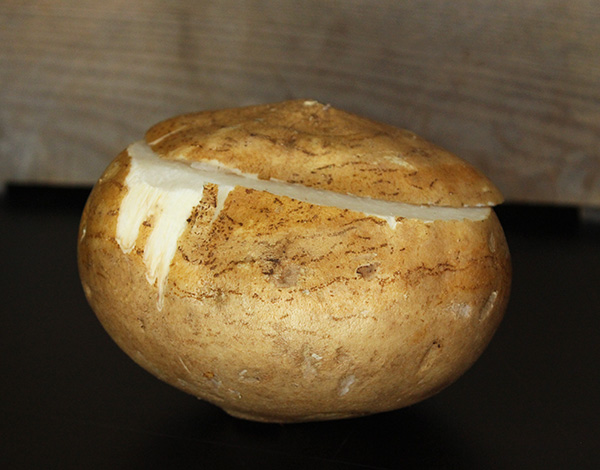 For this recipe the jicama is marinated and dehydrated with chili powder, smoked paprika, chipotle, turmeric, nutritional yeast and sea salt. You could use whatever spices you prefer, or have on hand. I was thinking curry fries would be really good too!

The jicama is dehydrated at 115 degrees for about an hour until the outsides start to wilt. The insides will still be a little crispy/crunchy.

Unless you dehydrate them for 4-5 hours, then you’ll have jicama jerky fries!! I went to town on these by themselves while preparing dinner, sooo good!! 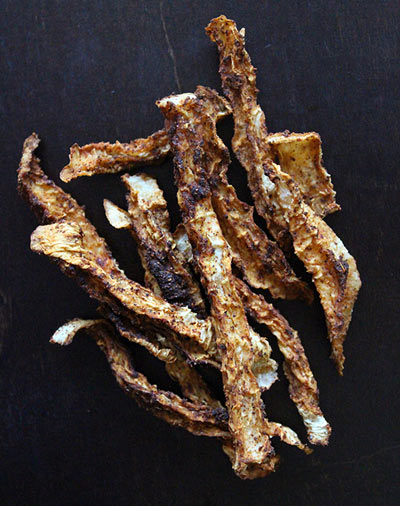 Everything was so good, I told Dominick I was going to buy 5 more jicamas!! 😛 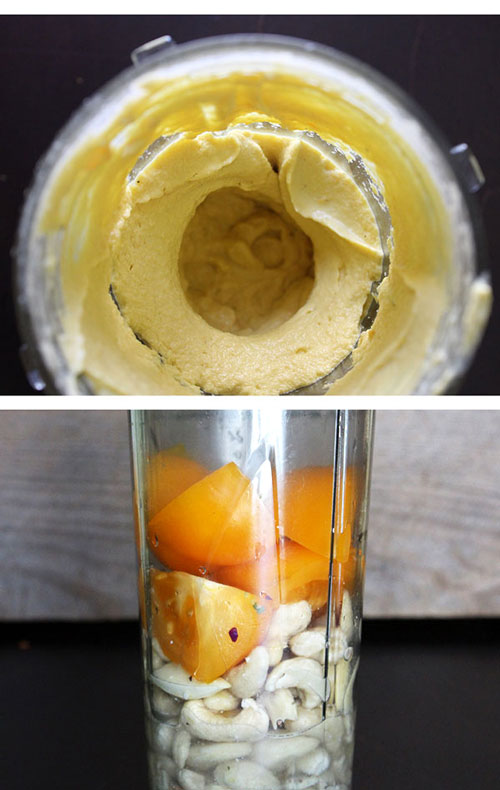 Cashew cheese is really easy to make, basically it’s cashews, water, lemon, tomatoes, garlic and nutritional yeast blended together to make a super creamy cheese. The taste and texture is a mix between cream cheese and sour cream.

There are many cashew cheese versions, I prefer red bell pepper and tomatoes in my cheese, but at the moment I can only get local hydroponic tomatoes, the bell peppers are coming from Israel. It’s my rule that I’ll take whatever I can get local and make it work the best I can, because buying produce from a far away place just isn’t worth it in flavor.

Check out these other cashew cheese variations for more inspiration to customize your cheese! 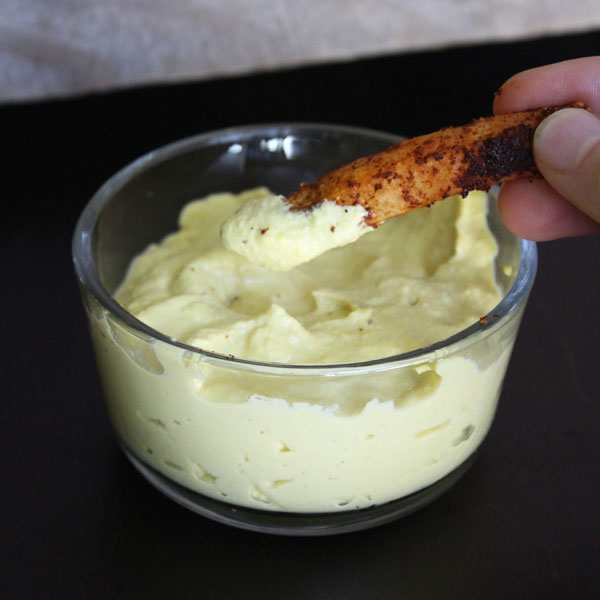 To top it all off, I added some diced tomatoes, fresh cilantro ,scallions and garlic ramps on top. You can just as easily use whatever kind of salsa you prefer.

Or you can make a cheese salsa combo taco dip. 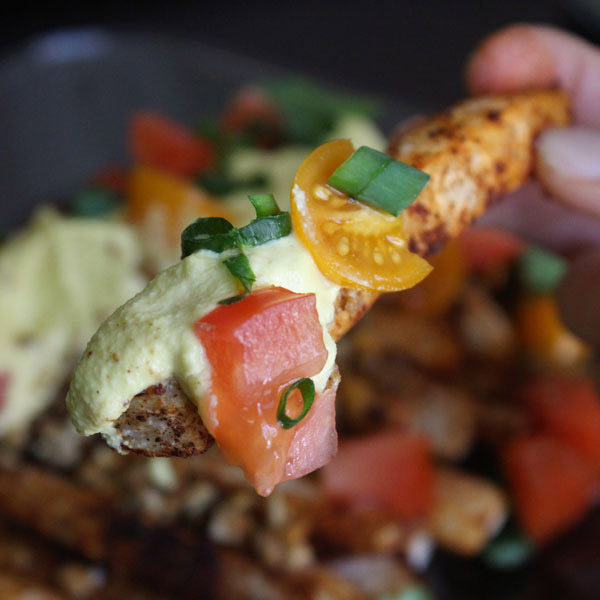 The taco meat is made from seeds, veggies, spices and herbs and is blended all together until it resembles ground meat.

All of the components can be stored in the fridge for up to 4 days. The flavors meld together better on the second day. 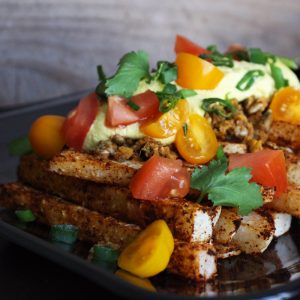 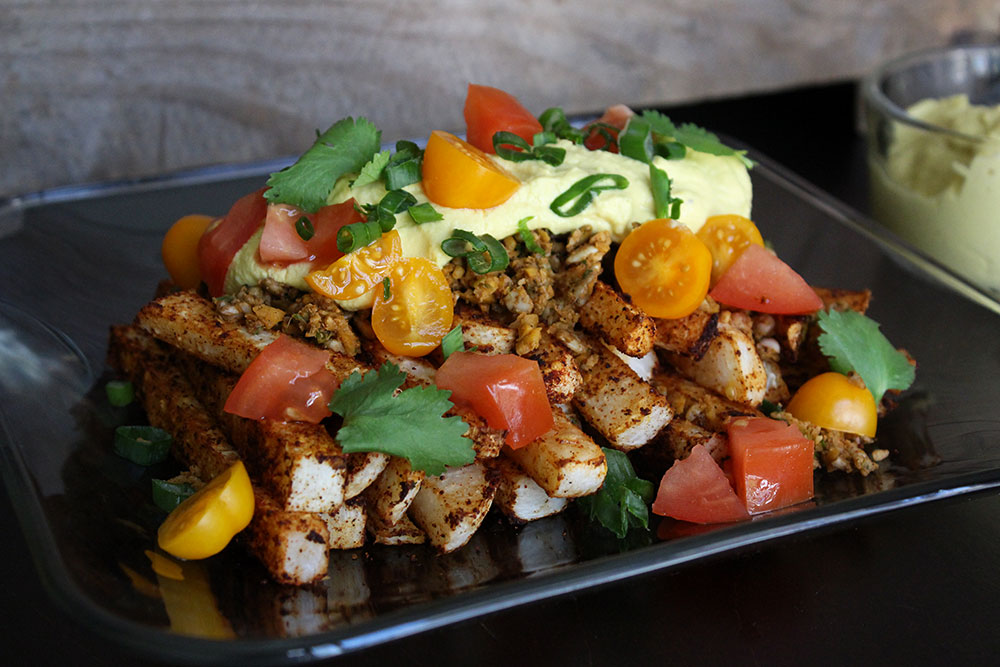